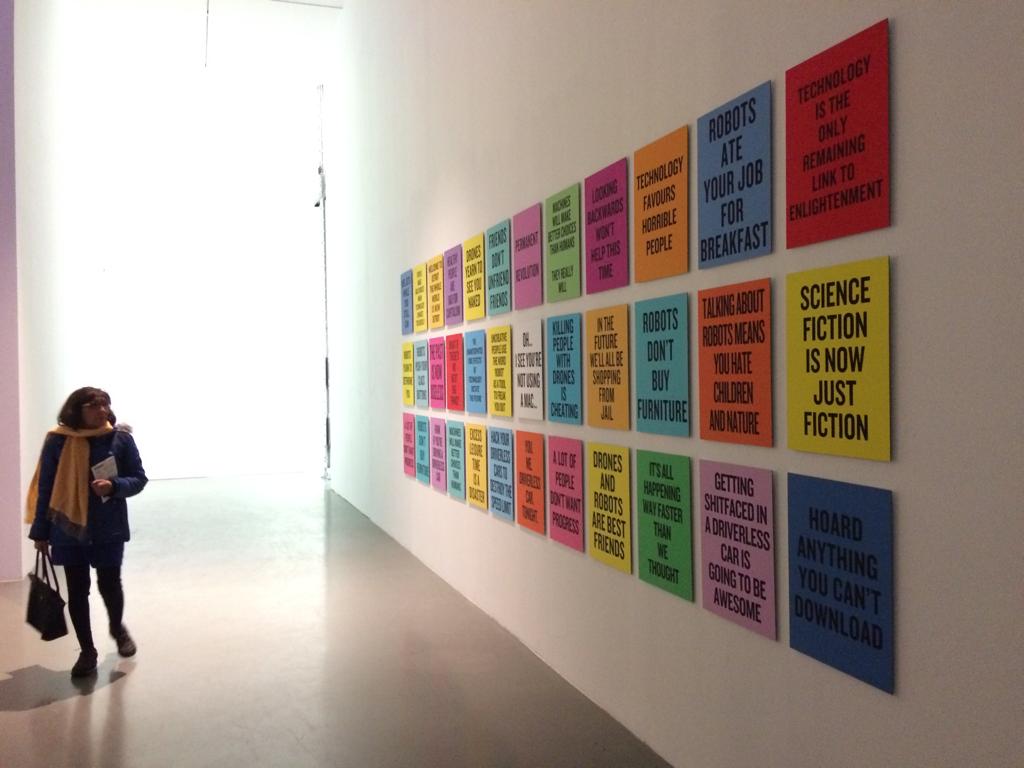 The Robot Retrospective: A Review of MAAT’s New Exhibition

A small white robot in a glass case shook, seemingly in terror, at loud noises — and the crowd of young adults that stood shouting at it was a haunting vision into what the future could hold.

Several new exhibitions have just opened at Fundação Edp – MAAT, and Hello, Robot. Between Human and Machine is without a doubt the crown jewel.

Throughout the exhibition, you are met with 14 questions that are supposed to help you reflect on what it means to live in this technological age. However, this introspection is almost immediately forgotten when you walk into the right-hand room and see a bunch of plastic robots. At this point, it becomes more like a toy museum than an art exhibit — in the best possible way. 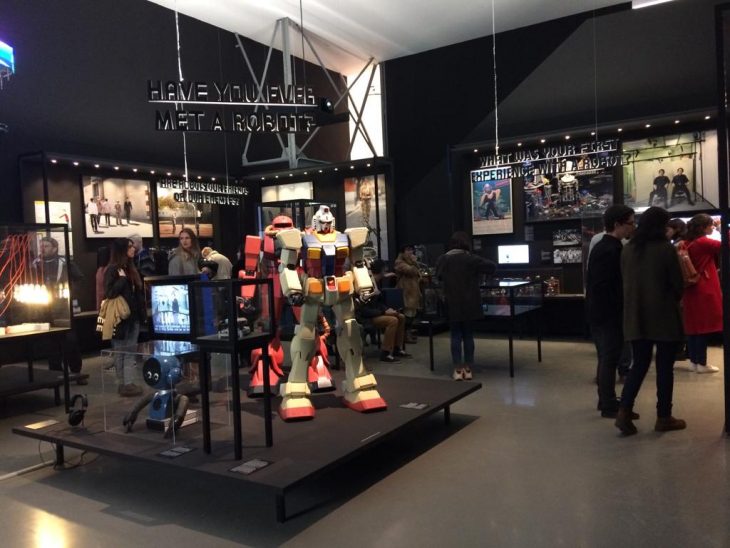 Life-sized anime figures stand side by side with the failed Nintendo R.O.B. (Robotic Operating Buddy) — an early experiment mixing physical and digital gaming released in 1985. On the walls hang posters for Blade Runner and Metropolis (they got their hands on an original Art Deco poster), and glass cases house copies of sci-fi classics by the likes of Isaac Asimov and Osamu Tezuka (creator of Astro Boy). It isn’t all fun and games, however, with plenty of more “serious” pieces, such as a robot designed to play the infamous “knife game,” only losing its precision if the volunteer-hand-donor gets nervous — don’t worry, it it’s now an interactive piece. Other installations reflect on the darker side of robotics, with Gonçalo F. Cardoso and designer Ruben Pater’s “A Study into 21st Century Drone Acoustics” allowing visitors to listen to the sounds of various drones and ponder their psychological effects.

Moving into the left-hand room of the exhibit, visitors are asked to reflect on robots and the world of work. Industrial robotic arms complete complex tasks and write repetitive scripts while short films give a glimpse of what an automated world could look like. It seems as if it is inevitable that robots will take your job, but there are two paths for you once they do — one of leisure, and one of ever-increasing inequality. Unsurprisingly, the artists focus on one more than the other, with the overall feel being similar to what you would expect if you let a group of Marxists loose at the Science Museum.

As the room opens up, there are many examples of robots, both real and imagined, in a “human” setting, with guests exploring how comfortable they would be with such high levels of tech integration. Could a robotic arm be trusted to feed a baby, for example? How readily will people include robots in the most intimate aspects of their lives, (nobody hung around too long at the “interactive sex toys” case), and will people lose the ability to interact without digital assistance? (We’re looking at you, Google auto-responses). 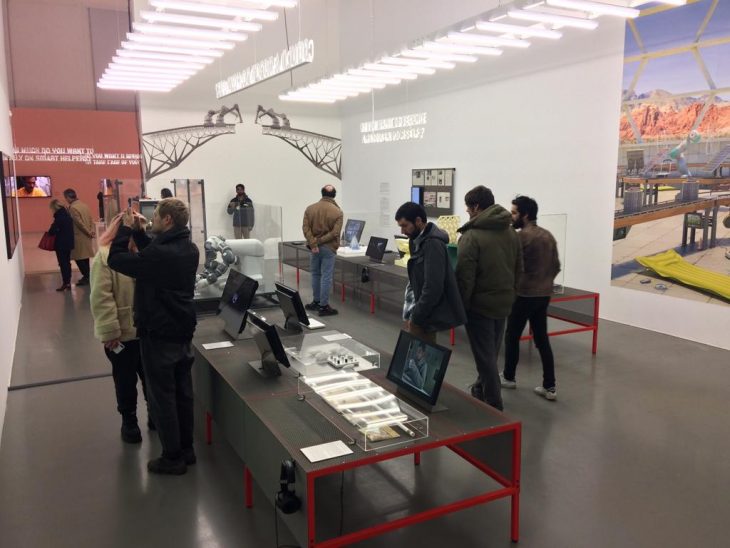 Finally, visitors are left to explore the relationship between robots and emotions: How they make us feel, and whether they will ever “feel”. This somewhat disturbing section covers how to make robots more approachable, from brightly colored drones to pheromone-excreting industrial helpers. Tucked at the back, a small white robot in a glass case shook, seemingly in terror, at loud noises, and the crowd of young adults that stood shouting at it was a haunting vision into what the future could hold.

Overall, the exhibition is exactly what one would expect from a museum focused on design and technology. Despite a few overly obvious pieces — “you don’t control your phone, it controls you!” — the exhibit explores the history and ethics of robots in a clear and interesting way. It is running in Central until Apr. 22, 2019, and it’s certainly worth a visit.

Tickets for MAAT and Central can be found here.