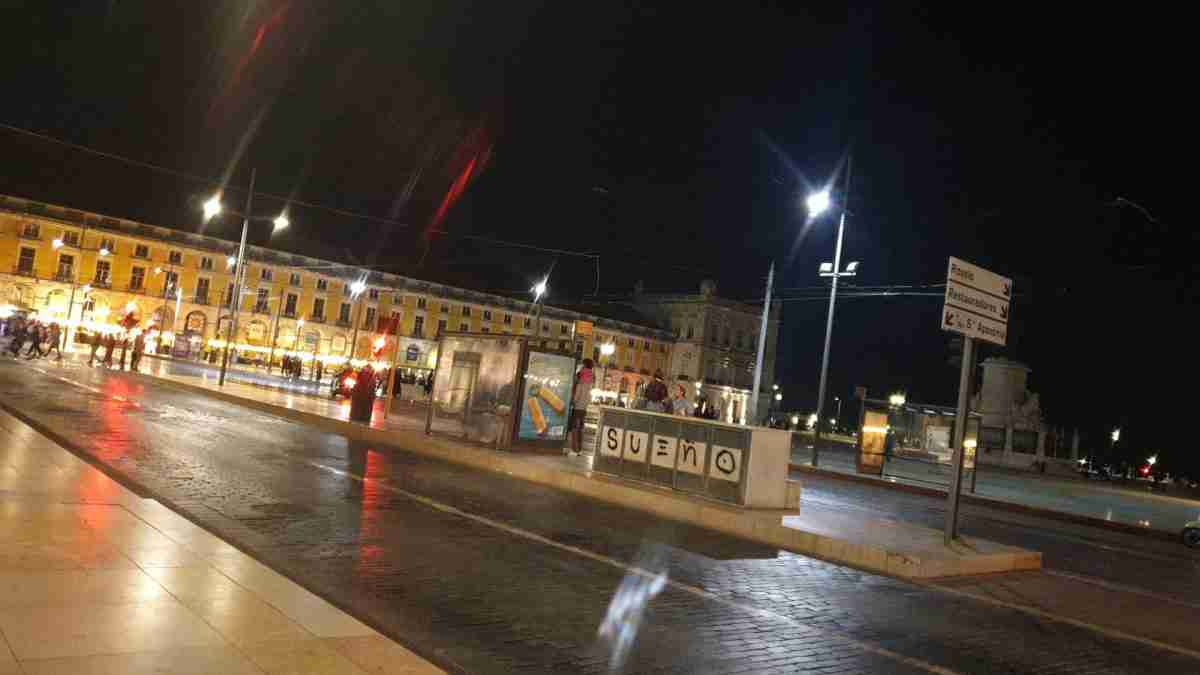 "Reality is wrong. Dreams are for real." Tupac Shakur.

Well, it’s almost mid-August in Lisbon, which means most of the locals are, as per custom, long gone for their annual month-long hibernation down South. So if you have any important legal, financial, or other bureaucratic stuff to take care of — you’re gonna have to wait a few more weeks for the system to even think about starting to come out of its beautiful slumber. Still, the city is bustling with visitors — like never before, it seems — making the ‘rona (and the subsequent last two Augusts in Lisbon) feel like a strange distant dream… And, despite time having almost come to a complete stop, there’s still plenty happening around town to keep them and those of us who stayed behind culturally engaged, such as:

Aug 12
OPEN-AIR CINEMA:
Tonight, self-described “heaven for nomads, travelers, and explorers redefining what it means to travel, work, and explore” Selina Secret Garden invites you to experience Fear and Loathing in Las Vegas on their rooftop patio. Buy the ticket and take the ride for 12€ (and bundle up).

LATE-NIGHT DJ PARTY:
And later, pioneer of the Tokyo underground house music scene ever since the ’90s DJ Chida comes to Lux Frágil tonight, along with a few local DJ friends, to help you untz-untz-untz into the wee hours of the morning. Entry costs are, unfortunately, unknown (which is kind of Lux’s thing).

Aug 13
BALKAN-CUMBIA-SKA FUSION CONCERT:
International locals Ramblers Parade come to Bartõ tomorrow night with some global folk, punk-rock, Latin, and Balkan melodies “to blend a danceable sound with a positive message inspired by the tradition of protest,” and entry is 3€.

WEEKLY FORRÓ PARTY:
If you prefer some slightly more mainstream but equally danceable sounds, then for the next few Saturday nights (including tomorrow) Fábrica Braço de Prata invites you to Forró da Graça, described as “a concert full of life, colors, and flavors” from “the mixture of virtuosity with the simplicity of the Brazilian northeast.” Entry is 15€.

MULTIMEDIA ART PERFORMANCE:
Meanwhile, Prisma Estúdio invites London-based multimedia artist Moreiya and friends to “converge on experimental atmospheres and cinematic themes through an improvisation centered on the journey inward” in There’s Movement in the Water. You can join for 6€.

Aug 13-14
FREE SUNSET CONCERTS AT THE CASTLE:
Castelo de São Jorge’s Pôr do Sol no Castelo summer sunset concert series comes to an end at the end of the month. You’re invited to come experience a royal sunset accompanied by some improvised tunes from the Duarte Ventura Quarteto tomorrow night, and a DJ set by local Da Chick on Sunday. Free tickets at the castle starting at 18h the day of the show.

Aug 14
ROOFTOP CONCERT AND DJ SET (WEEKLY):
This Sunday eve, Carpintarias de São Lázaro and Jazz DAO welcome DJ Anya Karmanova (Javybz), local duo Foggy, and a few guest DJs for their weekly ‘Sunday Live Sessions’ — aka some national and international tunes of every variety, with food, drink, and a killer view. Entry is pay what you want.

Aug 17
MORE OPEN-AIR CINEMA:
This coming Wednesday, Museu da Marioneta continues its Cine-Esperança with the presentation, in its courtyard, of the highest-grossing film in French history and the most watched film in France in 2011, aka Intouchables — the feel-good drama, based on an autobiographical book, about a quadriplegic multimillionaire and his unorthodox nursing assistant. Tickets are 3 € and include museum entry and popcorn (but you’ll need some French and/or Portuguese for this one).

UPCOMING MUSIC FESTIVALS (TICKETS):
And, finally, you now officially have less than a month to get your tickets for the 2022 editions of:
–Jardim Sonoro (feat. Jeff Mills, Sam the Kid, and more);
–EDP Vilar de Mouros (feat. Iggy Pop, Placebo, Bauhaus, and more);
–Kalorama (feat. The Chemical Brothers, Kraftwerk, Arctic Monkeys, Chet Faker, and more).
In other words, time to make up your mind.

For more stuff to do around town this summer, check out our What’s On In Lisbon section. Also, kind of random (but as per Momentous custom) — Happy International Youth Day to the kids and IBM PC Day to the robots. And happy Friday to all. Don’t forget to dream big, y’all — youth, robot, or other.