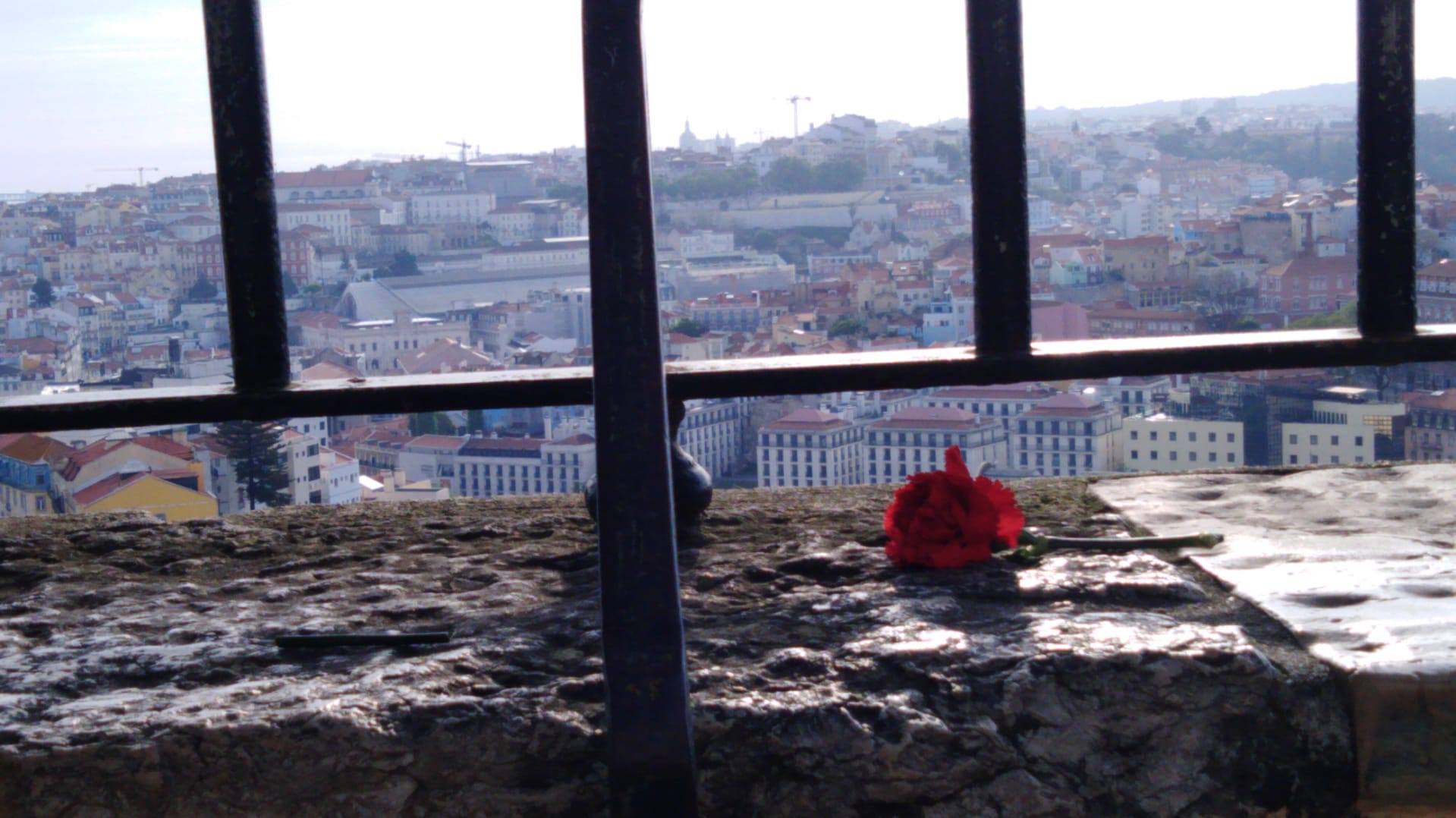 Freedom is in the air again here in Portugal, because, pandemic or not, this coming Sunday the country celebrates 47 years since the end of its 48-year-long dictatorship — plus a break from a decades-spanning lockdown — so there's plenty going on around town.

PIZZA AND DJS:
This Friday night (Apr. 23), Arroz Estúdios presents Passion of Christ: Double Scoop — an evening of divine pizza (from a Jesus-donning brick oven) and refreshing music courtesy of two local Colombian DJ brothers (one of them named Gelato) spinning Boleros, Salsa, Dub, Doombia, and more. Doors open at 17h, and entry is free if you have, or get, a 3€ yearly membership to the space.

REVOLUTIONARY STUFF:
This Friday night and Saturday morning (Apr. 23 and 24), the parish of Arroios presents Dias da Liberdade — a pre-game of sorts, commemorating 46 years of freedom (and one year of semi-freedom) for the country with song, dance, and merry. Entry is free (with prior registration).

Then, starting at one minute past midnight on Sunday, Apr. 25, Casa da Achada presents 25 de Abril da Casa da Achada — 24 hours of online and offline transmissions of poetry, music, plays, and other historically game-changing stuff (in Portuguese), free of charge.

Word on the street is that nobody really seems to be sure if the annual April 25th Parade on Avenida da Liberdade, canceled last year due to lack of freedom, is happening this Sunday. In theory, it is, but on a smaller scale. You can read more about that here, or just show up, but do so responsibly, and use common sense — so, you know, your freedoms aren’t taken away again and stuff.

MORNING TECHNO:
Parade or no parade, starting at 6 am on Sunday morning (Apr. 25), DJ DEXTRO and friends are at vegan hotspot Nada Temple in Mouraria to untz-untz-untz up the country’s freedom celebrations bright and early. The tickets are 24-80€ (for at least two people), and going fast.

CLASSICAL CONCERT:
If you prefer some Haydn, Janácek, and Schumann to untz-untz-untz (and not so bright and early) on your Sunday morning, the CCB invites the Wihan Quartet for a full set of classical goodness for your revolutionary listening pleasure, Apr. 25 at 11h. Tickets, which are around 20 bucks, are also likely to go fast.

FILM:
After you’ve had your fill of celebrating freedom of all sorts, you can wind down and head back to Arroz Estúdios again on Wednesday night (Apr. 28) for the 17th edition of their Out of Cartoonia series — an hour of animated shorts, stop-motion gems, and documentary, new and old (preceded by a few hours of pizza and beer).

GALLERY RE-OPENING:
As a result of you know what, the four-year-old contemporary art space Galeria FOCO has a new location, and a new group art show called Amuse-Bouche. In it, fourteen local and international artists will line the gallery’s new walls with their stuff. The opening is on Thursday, Apr. 29, at 14h, the show is up through the end of May (in theory), and the entry is free.

LITERARY SUBMISSIONS DEADLINE:
And, finally, Portuguese poet, writer, literary critic, translator, publisher, philosopher, and, among other things, current fashion icon to some Fernando (António Nogueira) Pessoa did not live to see the end of the dictatorship in his country. Nevertheless, he is still a big deal, both here in Portugal and abroad. And, for this and other reasons, once every four years, Lisbon’s Casa Fernando Pessoa hosts Congresso Internacional Fernando Pessoa. If you’ve been working on something academic about the legend and the man, they’re accepting submissions for this year’s edition (happening in October) until Apr. 30.

Happy freedom, everybody, and be safe out there!