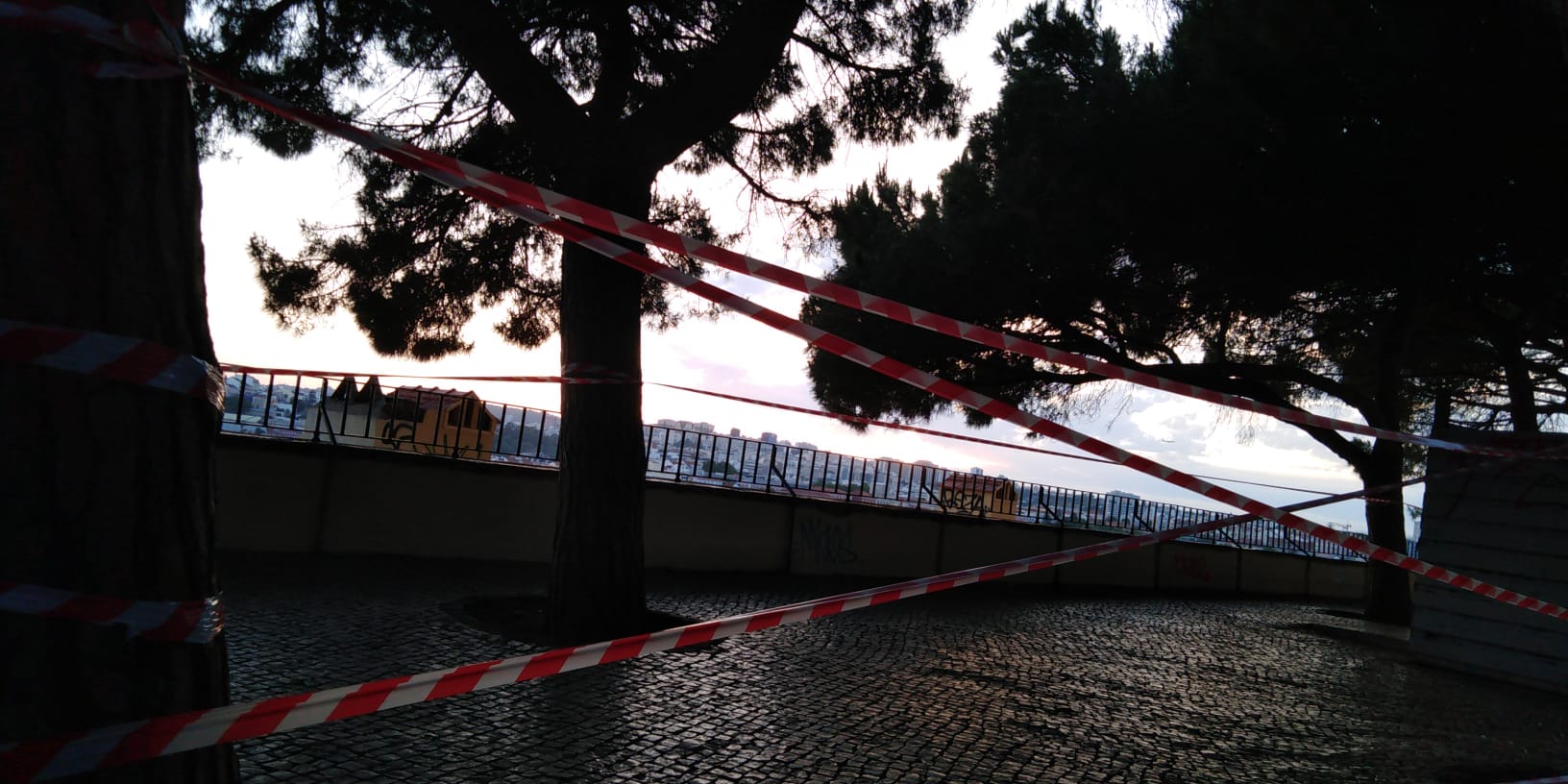 In recent weeks, the local economy has received a much-needed dose of cash money thanks to football, the British, lifted restrictions, and sunshine. But, with it, Lisbon seems to also have gotten yet another, much-unneeded dose of the you-know-what. So, while you prepare for (or debate getting) your first and/or second dose of the vaccine, while the government panics and concocts another dose of lockdown to keep us alive (and/or to keep that tourist money coming), and while, despite all this, the sun is still shining, you can still go get a dose of culture or two as well. Here’s some stuff happening around town for the next few days to help you focus on something other than the news.

SHORT FILMS PROJECTED ONTO A CHURCH (Jun 25):
Head to Santos this Friday night to take in ten short films, projected onto the outer wall of a historic church, with the sixth edition of Cinema no Estendal ( aka “Cinema on the Clothesline”). They say this: “Cinema no Estendal is a cinema for the streets. We celebrate the stairs, the washing lines, the neighborhood life, art, and the underwear of the neighbor.” Entry is free; however, seating is limited, and underwear is not guaranteed, as it’s a church and all.

ROCK CONCERT (Jun 25):
Or go get your fix of an up-and-coming, Porto-bred rock-and-roll band that released a new album last year, is releasing the first single from said album next week, and also happens to have the scariest band name in the civilized world. 10, 000 Russos come to Núcleo A70 this Friday night, with some DJ friends, and tickets are 10-12€.

WORKSHOPS (AND OTHER) ABOUT ART AND MONEY (Jun 25- Jul 4):
For the next 10 days, you can also get multiple doses of revolution, hope, and imagination. Motivated, in their words, “by the necessity of re-inventing the dialogue between arts & business, culture & tourism,” the third edition of the Revolution Hope Imagination festival hits 13 Portuguese cities this Friday, and Lisbon is one of them.

DOZENS OF DANCE PERFORMANCES (Jun 25-26, Jul 1-4):
The Gulbenkian Ballet disbanded in 2005, but dance has remained a big part of the foundation’s… um… foundation. Starting this Friday night, Dance Returns to the Gulbenkian with two dozen award-and-grant-winning performances from the Gulbenkian Culture Programme, reincarnated from 2011 to 2017, and you can check them out for 4€ a hit.

SHORT FILMS ABOUT HOUSING PROBLEMS (Jun 26, Jul 3):
The CCB’s Em Casa Exhibit takes a unique historical look at one of the biggest issues of the last few thousand years (other than money and disease) — that of housing. For the next two Saturdays, the exhibit also hosts a series of film screenings (presented by a director and an architect, respectively), with Em Casa: Cinema na Exposição. Entry is free, but space is, somewhat ironically, limited.

ENVIRONMENTALIST DOCUMENTARY PREMIERE (Jun 28, 29):
Another big issue that for some strange reason seems to have taken a backseat since 2020 is the environment, or at least our fight to save it by reducing our use of plastic. The Trash Traveler, however, is a man on a mission: while most of us were busy freaking out and buying tons of plastic to sterilize our future for the last year-and-a-half, he managed to hike nearly a thousand kilometers along the Portuguese coast collecting trash. The result is the documentary film The Plastic Hike, and it premiers in Lisbon these coming Monday and Tuesday nights.

COMMUNITY FESTIVAL (Jun 28-Jul 4):
Environment, for that matter, can be synonymous with community, and Bairro Em Festa is a week-long festival celebrating the communities of Intendente, Anjos, Pena, and Arroios with art, music, food, and soul. It hits town this coming Monday.

TICKETS FOR UPCOMING DANCE PERFORMANCE (for Jul 1-4):
And, finally, Clara Andermatt’s O Canto do Cisne is yet another blast from long long ago. One of the swan songs of the afore-mentioned Gulbenkian Ballet, it is resurrected in Lisbon for four days, starting next Thursday and, if it’s not cancelled, tickets are likely to go fast.

See our full calendar of events for what else is on. In the meantime, we’ll try to stay on top of what’s off as the lockdown approaches — but, as per norm now, contacting the organizers directly before venturing out is always a good call. Be safe out there, take it one day at a time, and remember that the sun also rises.
One.