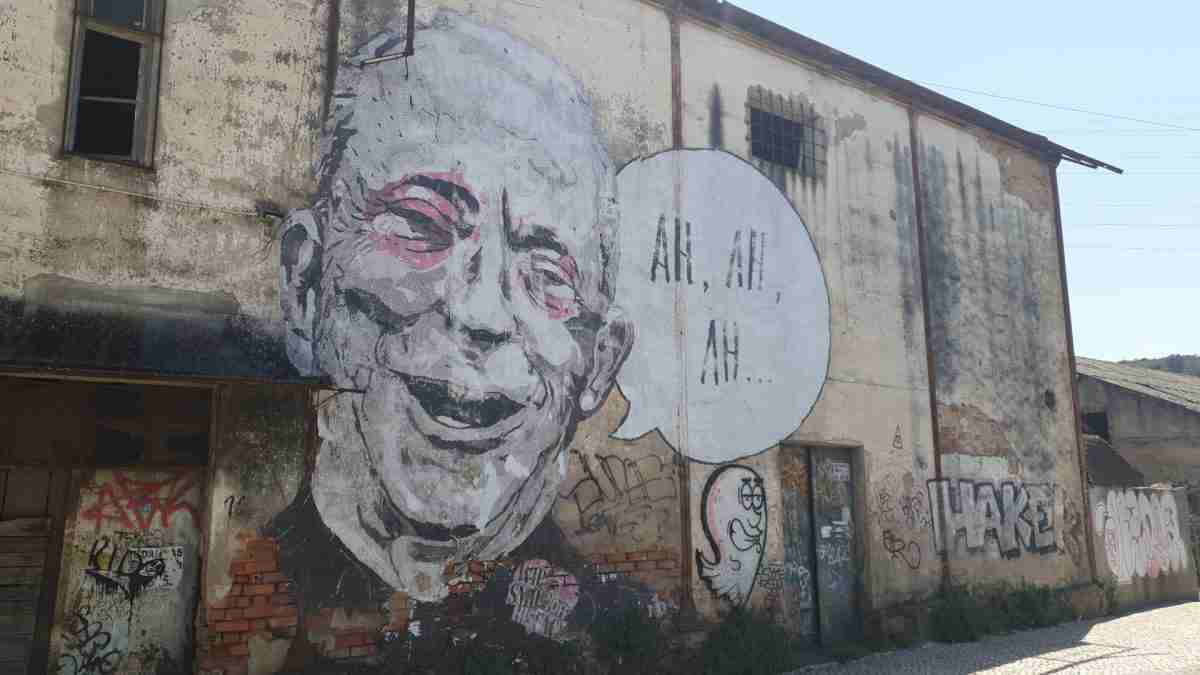 “Something which has never occurred since time immemorial... a young woman did not fart in her husband’s lap.” Unknown, 1900 B.C.

Happy International Joke Day, dear Lisbon! You’ve just officially read the oldest joke in recorded history, dating back some 4,100 years to Sumeria (aka modern-day Iraq). And, while it took us some time to get it too, we’re glad that said joke — among being many, many other things — is a fart joke and, thus, have a feeling that everything will indeed be ok. Also, Happy Canada Day, International Reggae Day, Drive Your Corvette To Work Day (there’s definitely a joke in there somewhere), and, here in Portugal, Madeira Day! As you celebrate, here’s some fun culture happening around town this official first weekend of the second half of the year, and in the near future:

Jul 1
SOLO CONCERT:
Tonight, enigmatic Spaniard Inn Zenn returns to Camones CineBar. The saxophone-playing singer describes herself as “just part of this magical Universe and thankful for it,” and wants to share some music “from her heart to the soul of the World” with you. Entry is 5€.

DOUBLE CONCERT:
Meanwhile, equally enigmatic semi-locals Jhon Douglas and the duo Orfélia come to Samambaia to share some Amazonian and Luso-Brazilian sounds, as well as some words, with you and yours. Entry is 10€.

JAZZ QUARTET CONCERT:
And later tonight, guitarist Nuno Ferreira’s cross-generational jazz quartet comes to Hot Clube for not one but two sets of improvisational goodness, inviting you to discover “unusual soundscapes with musical influences that transcend the aesthetic boundaries of Jazz.” Entry is also 10€.

Jul 2-3
STREET FOOD FESTIVAL:
Tomorrow afternoon, Lisbon’s self-described “first international street food festival” Foodtopia hits Jardim Botânico Tropical in Belém. In it, for two full days, dozens of local and international chefs (big-name and other) will share their edible masterpieces, as well as the stories behind them. Tickets are 10€.

Jul 3
MARKET:
This Sunday, the CCB invites you to their monthly first-Sunday-of-the-month Mercado. The motto here is “Show, See, and Do,” which means that — thanks to dozens of local vendors of every variety — you can shop, eat, learn, dance, or all of the above. Entry is free.

HISTORICAL WALKING TOUR:
Meanwhile, Caminhando invites you to walk a portion of and learn about the Aqueduto das Águas Livres, aka Lisbon’s three-centruy-old beautiful marvel of engineering and ingenuity and main source of fresh water up until the 1960s. Tickets are 5€ for kids and 10€ for adults.

For more cultural entertainment around town in the second half of 2022, see our What’s On section.
Be kind, don’t lose your sense of humor, and have an excellent weekend.

P.S.: And here’s the oldest mom joke in recorded history (ancient Rome, roughly 2,000 years ago):
“The Emperor Augustus was touring the Empire when he noticed a man in the crowd who bore a striking resemblance to himself. Intrigued, he asked: ‘Was your mother at one time in service at the Palace?’ ‘No, your Highness,’ he replied, ‘but my father was.'”
Ok, we’re done.