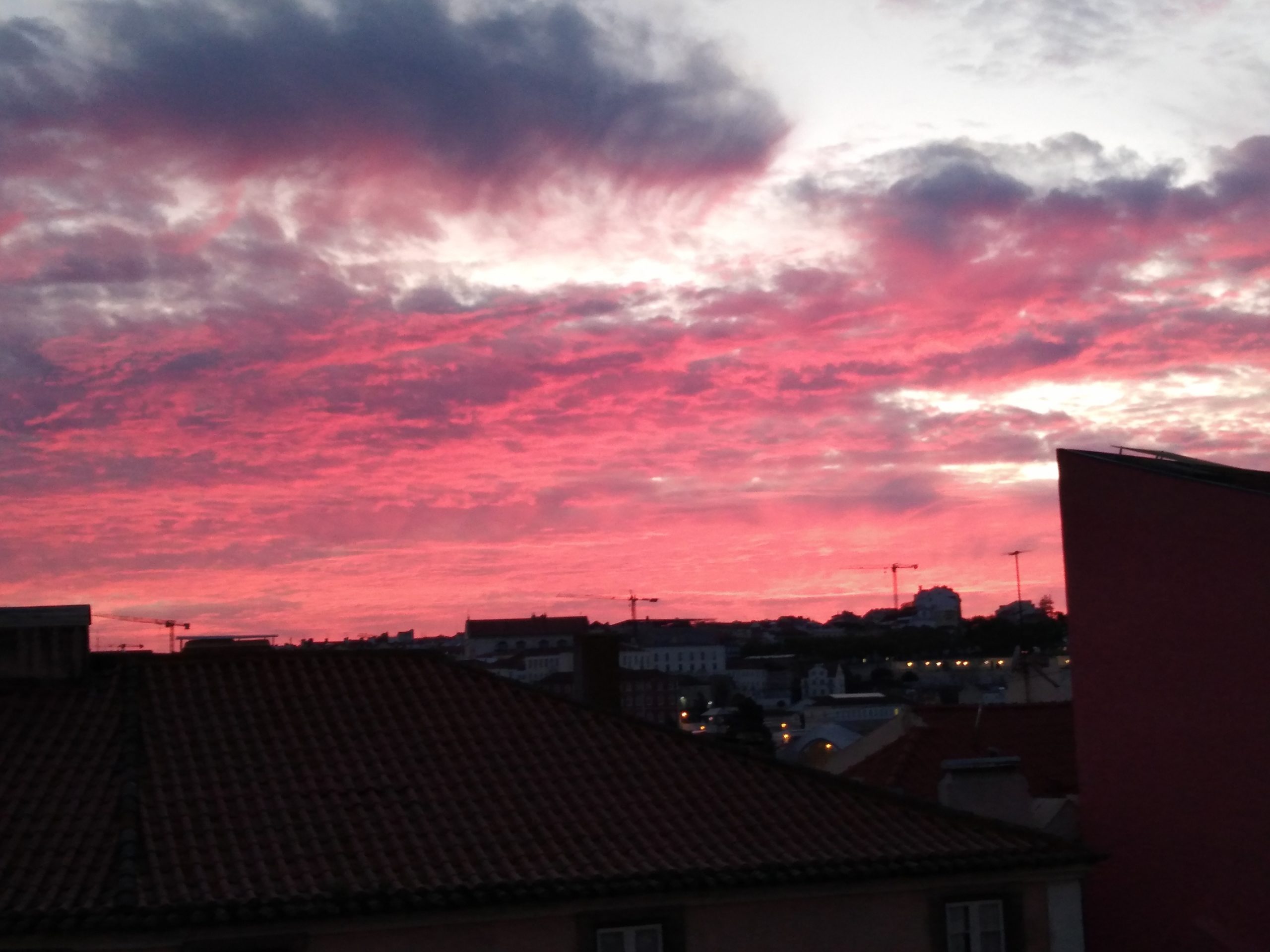 Momentous Eventus: October 23-30, and beyond.

There's lots of leisurely stuff going on, so we're here with the highlights. COVID might make it all a mess, so be cautious and check for updates before you go.

As if the pandemic wasn’t enough, an impressive cyclone, named Barbara by the Spaniards, hit Portugal and Spain earlier this week, bringing with it winds and rains of biblical proportions, putting the two countries on red and orange alerts respectively, and canceling many a plan. The somewhat good news is that Barbara has now decided to move to France. The pandemic, however, is sticking around for the time being. Still, there’s no shortage of leisurely stuff going on around town. You can see our full calendar of said stuff here, while below are some of our top picks for this weekend, the coming week, and the semi-near future.

ART, HISTORY, SCULPTURE:
Lisbon Under Stars turns one of the coolest places in Lisbon — a 631-year-old monastery that lost its roof but kept its cool after the great earthquake of 1755, aka Convento do Carmo — into “an immersive and multidisciplinary spectacle” projected onto its four walls that takes you on a six-century-long journey through the country’s history in under an hour, twice a night, every night except Sunday. This is the last week to check it out.

As it’s becoming more and more painfully clear, one of the problems of infinitely staring at this and other screens is that it’s all just too damn 2D. Infinite Sculpture: From the Antique Cast to the 3D Scan is a sculpture exhibit that aims to remind you that real life remains multidimensional. It presents works by 18 contemporary artists, as well as casts from the collection of the Faculty of Fine Arts of Lisbon, and explores the art of the cast and its role in our everyday life, from back-in-the-day to today. The show runs through the end of January, and is free.

CONCERTS:
Ena b. is a local singer-songwriter–producer with a cool stage name and a nice voice. She’s originally from Austria but has been living and making music in Lisbon since 2016. This year, Ena b. has a new album, appropriately titled Locked Spaces, and she wants to share it with you this Sunday, October 25th.

The Tourorists is a Lisbon-founded trio of broke but not broken vagabond weirdos with Portuguese, Irish, Soviet, and Bronx roots. They play what some call “acoustic punk,” and none of them are or have ever been affiliated with the first Irish pub in Lisbon, or atlaslisboa.com, in any way, shape, or form… Ok, that is a blatant lie: in fact, all three members of the band happen to be very close friends and long-time humble servants, at one time or another, of both fine establishments. Shameless self-promotion? We wouldn’t dare… That said, come see The Tourorists Live at O’Gilin’s Irish pub, playing tunes off their upcoming EP, on October 29th. It’s free, and it’s the only event that matters, really.

Also, semi-legendary local DJ Branko comes to Campo Pequeno on November 20th, and you might want to plan ahead for this one as tickets will likely not last long.

POETRY MEETUP:
If you enjoy reading and listening to poems, don’t have plans for Devil’s Night, and would like to meet some like-minded loners at a random address next to a cemetery, local “poetry reader, bread baker, fermented hot sauce maker among other things” Basia B. invites you to Random Poetry – Halloween Edition, an evening focusing on the work of American poet Mary Karr, on October 30th.

DANCE PERFORMANCE:
Lisboeta architect, dancer, choreographer, and teacher Piny is a performance artist that uses her body to tell her stories. Her new show — HIP. A Pussy Point of View — hits Belém this Halloween weekend, October 30th and 31st, and you’re invited.

NOTE: Remember to double-check with the organizers that what’s on is actually on whenever possible, because this COVID thing is not making it easy for anyone. And stay sane.