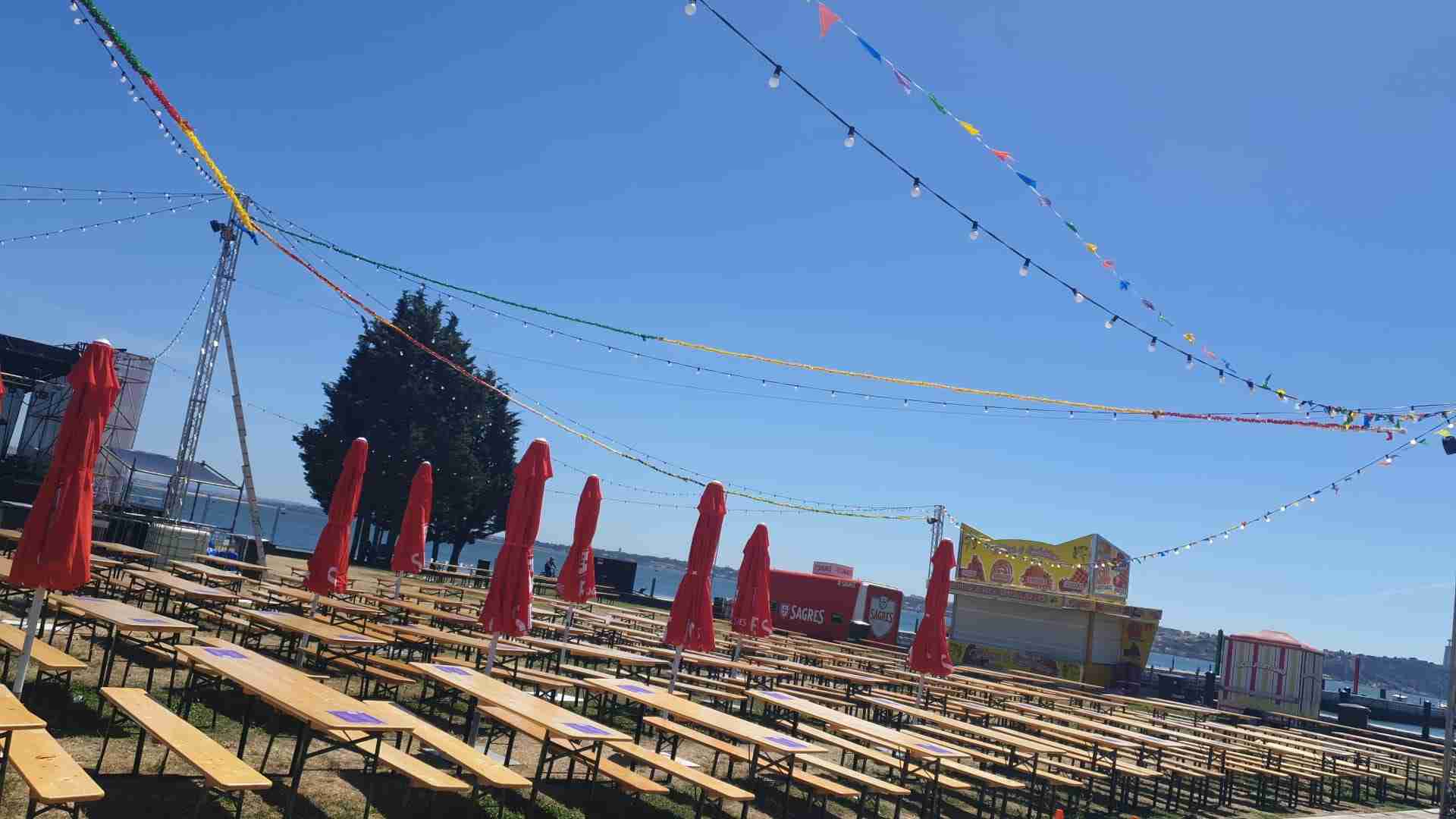 "Do you want to have God always in your mind? Be just as he made you to be. Do not go seeking another 'you'." St. Anthony of Padua.

Well, folks, 791 years after his death (almost to the day), and now after not one but two excruciatingly long summers of going without, Lisbon is, as you may have noticed, back to its otherwise annual, month-long celebrations of their most beloved of saints — António de Padua. What this means is that, if you choose to just wander the streets of Lisbon aimlessly this weekend, you’re still likely to find a good time. But, if you’re feeling a little lost in all the merry — then in the spirit of the saint of lost stuff, here are just a few cultural happenings around town this holy weekend where you can maybe find yourself (and other):

June 10
DJ PARTY, ACTIVISM, AND DINNER:
Tonight, a queer feminist mix of hip-hop, rap, reggaeton, and vogue from around the world meets a selection of Cumbia, Balkan, UK bass, and electro-folklore (also from around the world) when DJ Rue and DJ Manifesta join forces at Sirigaita. There’s also dinner by a local anti-gentrification collective, entry is 3€ (dinner not included), and all proceeds go to the Ukrainian-Polish border.

June 10-11
TRAVELING OUTDOOR GIANT PUPPET EXHIBIT:
30-year-old Australian theater company specializing in gigantic puppet theatre SNUFF PUPPETS invades the streets of Lisbon this weekend with some larger-than-life human organs. Keep an eye out for a hand, a mouth, a foot, a nose (complete with boogers), an ear, and an eye. And bring the kids. It’s free.

June 11
PUNK ROCK CONCERT:
Simultaneously international and local pandemic-born noise-and-joy-making trio The Tourorists returns to BOTA tomorrow night, eleven months after their official debut there. This time, however, they share not just their first but also their second official pandemic-born EP, Project Hector (released one month ago, both locally and internationally). Entry is 5€.

June 12
ARRAIAL (aka PARTY):
If you live in Lisbon, you’ve probably already heard of a bifana (and maybe even tried one, if you have no qualms about that sort of thing). But it seems that this year’s Santo Antonio festivities are a little more vegan-friendly. At least they are at O arraial do RDA, where you can try both a bifana and a… wait for it… seitana! Yep, they said it. Also, there’ll be a DJ. And beer for your reusable cups. And entry is free.

EVENING PARADE:
Meanwhile, the near-century-old tradition that is Marchas Populares returns to Avenida da Liberdade this Sunday night, after a two-year hiatus, to refill the streets with some color, music, dance, and sparkle. This year, they’re also introducing a Children’s Parade, so let the littluns stay up late and join the fun.

UPCOMING CONCERT TICKETS:
And, finally, did you know that two-thirds of the new British rock band The Smile are former members of the old British rock band Radiohead? And that The Smile comes to Coliseu de Lisboa on July 8th? In other words, if you want to see The Smile in Lisbon, you should probably act fast.

Find more Saint Anthony-themed stuff for the weekend here. And for even more saintly and not-so-saintly shenanigans around town now and in the near future, see our full events calendar.
Oh, and rest in power to other local great Paula Rego.
E, finalmente, boas férias, querida Lisboa.
Stay yourself.