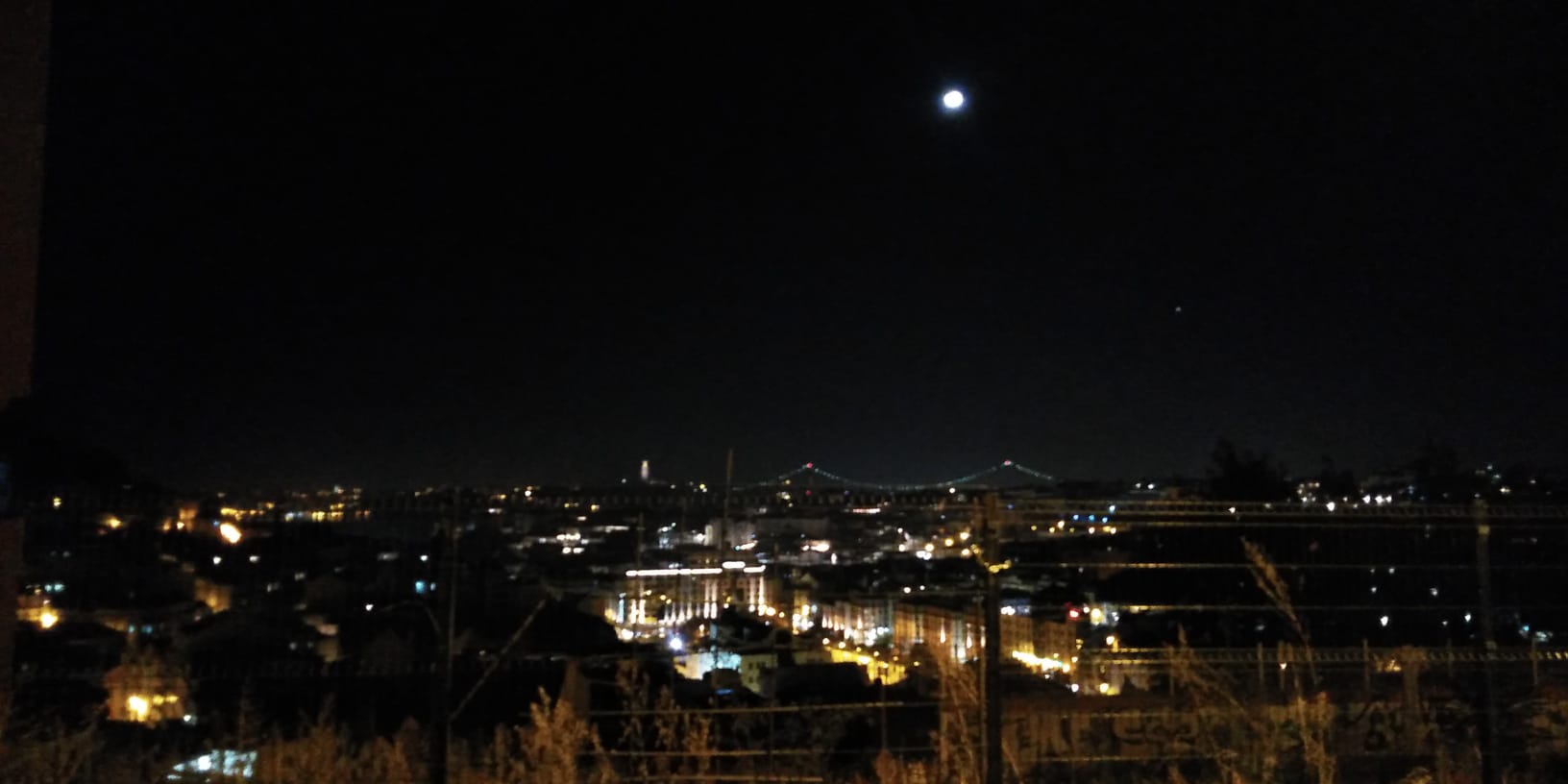 "Non-conformity is the only real passion worth being ruled by." Julian Assange.

Bom dia, y’all. Did you know that on this day in 1930, young United States-ian astronomer with no formal training Clyde Tombaugh discovered the identity-crisis-ridden dwarf planet of Pluto? Yep. And that officially makes today Pluto day! Or that also today, in 1933, Yoko Ono was born? Yep. So happy birthday, Yoko! And that later, 12 years ago today, the international community at large was introduced to Wikileaks when — thanks to then Bradley and now Chelsea Manning — the website started posting classified U.S. government documents exposing atrocities and war crimes committed by the U.S. in Iraq and Afghanistan? Yep. So hooray for journalism with integrity, and godspeed to our colleague Julian… In other, less dramatic news, restrictions in Portugal might be lifted one day this year (hooray?); meanwhile, here’s just some of what’s happening in Lisbon this year today, and this weekend:

Feb 18
CLASSICAL CONCERT:
Tonight, local cultural juggernaut the Gulbenkian welcomes its world-renowned choir for a night of A Capella with some Monteverdi, Brahms, Bartók, and more. And you’re invited too, free of charge.

NOT-SO-CLASSICAL CONCERT (+ ART):
Meanwhile, new kid on the block (culturally speaking) Teatro Do Bairro Alto presents Quarto Escuro, Panela Quentean. In it, two local musicians and one local artist join forces to create an “atmosphere of opposite forms that attract each other through poetry, violence, and symbol-images,” combining psychedelic and punk music with the “questioning of the functionality of objects.” The tickets are 12€.

Feb 19
KIDS’ WORKSHOP (+ HISTORICAL EXHIBIT):
Speaking of the functionality of objects, this Saturday morning, Museu de Lisboa – Teatro Romano’s Histórias que os objetos contam invites you and your littluns to ask questions like “can a museum object tell a personal story?” and “what relationship do we develop with an object?” Thus, they encourage your littlun, in Portuguese, to “build their own museum.”
While there, you can also check out Before the Museum – an ongoing exhibition that explores the history of the museum itself. Tickets are 3€ and include the workshop, the exhibit, and the whole museum.

SOLO CONCERT:
This Saturday night, Italian-bred and Lisbon-based humble man of mystery and multitalented musician Foggy comes to semi-new pizza and concert joint La Sharrada, which, coincidentally, happens to serve authentic Italian pizza. While there, Foggy “invites our ears to the simple beauty of things and does so through a clear and simple language, which floats sweetly between the intriguing notes of his music.” Entry is 3€.

Feb 20
WALKING TOUR:
On Sunday morning, Museu de Lisboa invites you to A Lisboa Rica: Discovering the Manueline City — a walking tour to try and see what made the king of Portugal (Manuel I), 500 years ago, ditch his spacious T30 (?) — aka the castle — for some humbler accommodation with a riverside view. Tickets are 5€.

ANOTHER SOLO CONCERT:
This Sunday eve, Lisbon local who wears many cool hats Shaka shares his recently debuted solo LP Shaka’s Lo-Fi Experience at Camones CineBar. Inspired by the two years he spent in Seattle a while back, Shaka uses his berimbau, his “lo-fi apparatus,” his sultry voice, and his many hats to take us on a musical journey from which we might never return. Oh, and it’s also his birthday (although no one really knows how old he is). Entry is free.

Now to May 28
MUSIC FESTIVAL TICKETS:
And, finally, now that COVID-induced musical festival cancellations are also almost a thing of the past, the North Music Festival is set to (for now) return to Porto this May for its 2022 edition. It plans to bring with it Tricky, T Rex, and a dozen other international and local heavy-hitters for three days of musical goodness. And it’s a pretty safe bet that the tickets, although pricey, won’t be around for long.

For more of what’s happening in Lisbon today and in the foreseeable future, head to our What’s On section. Stay safe, stay sane (we see you, Julian), and have a glorious Pluto Day!