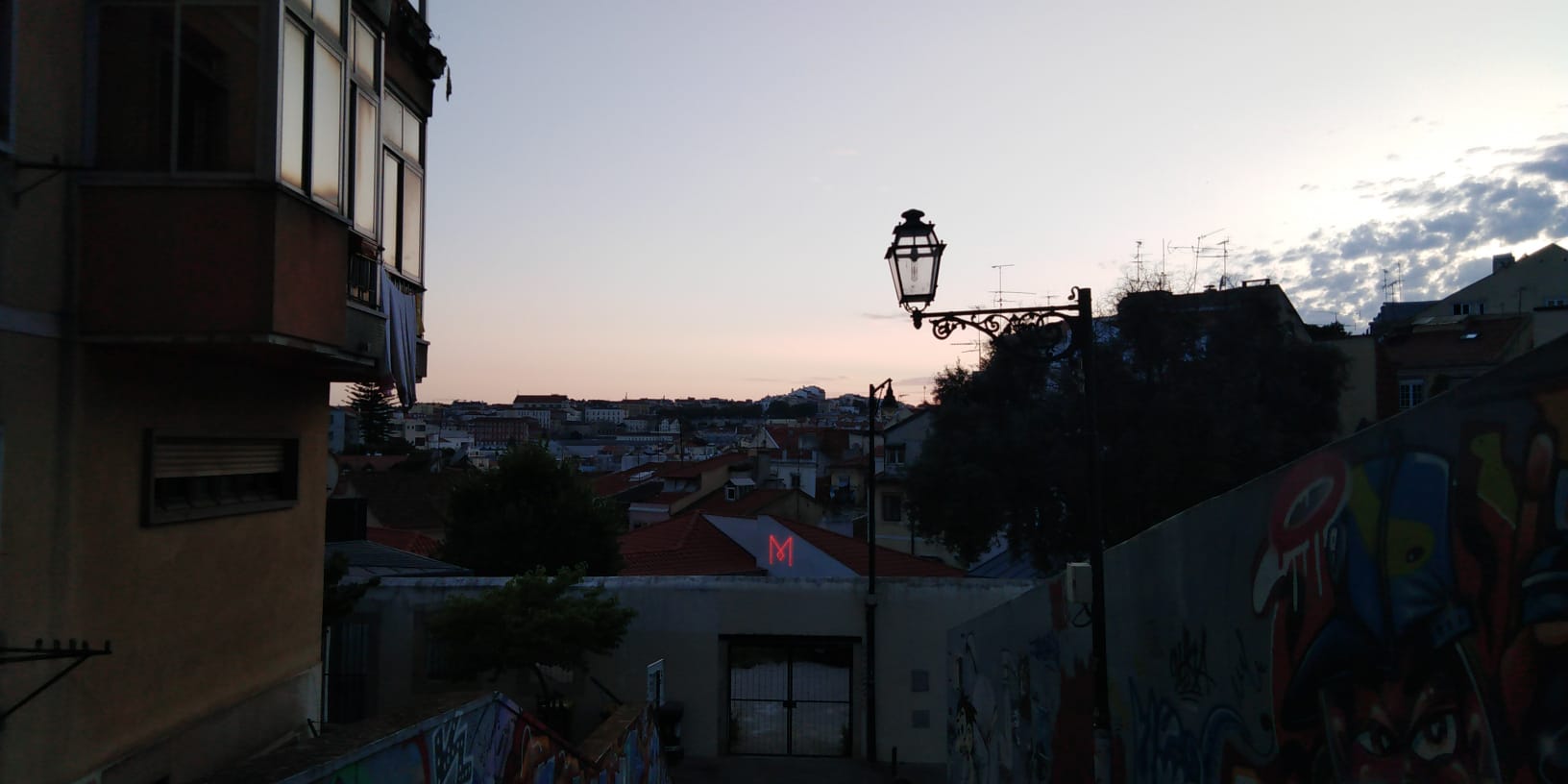 "We are formed by environment and grace, by politics and prayer, by church and conscience. All God's creatures conspire to teach us as well. We stumble. We stutter. We rise. We are lifted." Saint Anthony of Padua.

Summer is fast approaching here in Portugal and, with it, both good and bad news. For instance, Gen Xers are getting vaccinated. Lisbon, however, unlike the rest of the country, is not lifting restrictions. And Santo António is cancelled again too. Plus, while some of them managed to enjoy a few pints and some footie around town, British tourists are once again barred from entry, and the city now faces a somewhat worrying onslaught of their Land-of-the-Free counterparts. However, whatever the future may bring, the imminent two-week lockdown is probably not gonna happen until August, so grab your common sense and hit the cobblestones — there’s lots of cultural stuff to do this weekend and onward, like:

One of Lisbon’s few interesting one-man-band phenomenons, SmokeFalmon comes to Camones Cinebar this Friday night to indulge your craving for some low-key, original, professional live music. Entry is 5€.

Having done over 50 concerts all over the country in 2019, Brazilian-born and Lisbon-based musical project Jhon Douglass and JungleBoys are back performing live, in preparation for their album release later this year, and you can join them for “a great self-reflection,” also this Friday night, for 10€.

“Human behavior oscillates between order and chaos. All of us, throughout our lives, have been closer to one side than the other because life is dynamic, and it is in this space that creativity is inserted, where the act of creation has an aspect of breaking with the past.” That’s how the organizers describe Hugo Marmelada’s Now I know, I really don’t know, a two-woman dance phenomenon that you can oscillate with this Friday night for 10€.

Lesser known than Saint Anthony but nevertheless influential Portuguese cultural icon Mário Dionísio left behind 50 years’ worth of paintings when he died in 1993, and the cultural and artistic center bearing his name in Mouraria is sharing these with the public all summer long, free of charge.

The legend of Sopa da Pedra (one of Portugal’s most popular dishes) roughly goes that once, in the long ago, some dude went from house to house hustling free food from its owners by suggesting he could make soup using only a rock. This Sunday, however, you’re invited to Belém to help those most in need in Portugal in these troubling times — with some local music, food, and goodwill, in local non-profit charitable organization Sopa da Pedra’s Manifest’ARTE — hustle-free, and free of charge, although donations are encouraged.

The West may or may not be the best, but Eastern Europe definitely has some good movies. And the international festival celebrating the film and filmmakers of the Balkans, Baltics, and Eastern Europe of the last few decades known as BEAST IFF wraps up its 2021 edition in Lisbon this June. You can check out some of its gems (with English subtitles) for the next three Monday nights, for 3€ a pop.

For your weekly fix of semi-socially-distanced untz-untz-untz, this coming Wednesday night head to Lounge to oscillate to the sounds of Miguel Torga, a local heavy-hitter in the electronic music scene who, way back when, climbed trees and chased snakes and crickets in the Alentejo… until he discovered Kraftwerk. Entry is 5€.

A bandoneon is a type of concertina (which is a free-reed musical instrument that’s sort of like an accordion and a harmonica); it’s particularly popular in Argentina and Uruguay and typically used in tango. These coming Wednesday and Thursday nights, the Gulbenkian Orchestra invites you to hear Lysandre Donoso interpreting some Astor Piazzolla — aka, one badass, world-renowned bandoneonist paying homage to another. Tickets are 16-26€.

And, finally, Pedro Saavedra’s A Morte de Abel Veríssimo is an eerily relevant play about a man who returns to his native Portugal after an eight-year exile only to find his house and home in ruins, and you can check it out starting next Thursday for 6-12€ (although you’ll need some Portuguese for this one).

See our full calendar of events for what else is on.
Rise, be lifted, and try to be tolerant of the fresh-off-the-boat U.S.-ians out there (they might actually help the economy this time). Stay safe, stay sane, and have a very happy Santo Antonio!