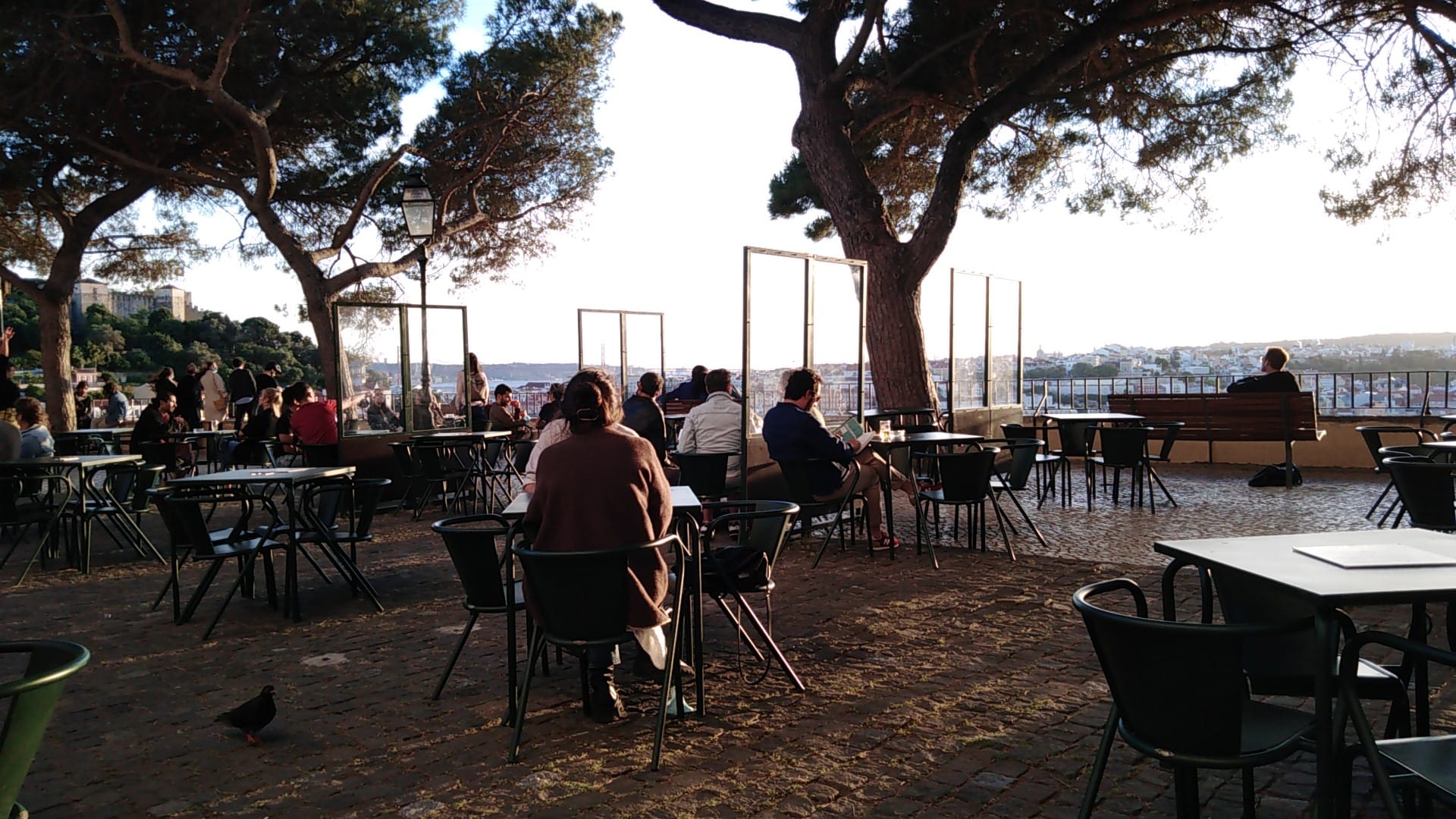 "Life is fleeting. It is to be enjoyed." Tori Amos.

Ask any events coordinator and they’ll tell you that work, Friday nights, weekends, and events, in general, seem to have become a lot less enjoyable in recent years due to you know what… And that’s understandable. However, for now, the ephemeral unlockdown here in Lisbon is rapidly bringing the city back from the dead. Summer is in the air, the first of many waves of British and low-contagion-risk European tourists is already washing over town, and the government is even churning out free COVID-tests for some. So hide your smile, sanitize your hands often, social distance when possible, triple-check with organizers, and go hit the streets — there’s plenty going on to make you feel sort of alive again in the coming days. For example:

Teresa Vittucci’s Hate Me, Tender and Euripides Laskaridis’ Relic are solo shows by an Italian lady and a Greek gentleman — both dancers, choreographers, and other — addressing the divine, the absurd, femininity, masculinity, feminism, masculinism, humanity, and life in general, through dance. They’re happening back-to-back this Friday night (May 21), at the Maritime Museum in Belém, at 19h and 20h15, for 12€ and 15€, respectively.

‘From The Streets Of The World To LX Factory’s Walls’ is the slogan for the first edition of EMUA- the Ephemeral Museum of Urban Art. It hit LX Factory (the hipsterist part of Alcântara, and of Portugal for that matter) earlier this month, and is on view now through July 25th. Cool.

Speaking of hipsters and cool, “ephemeral,” which means “lasting for a very short time” is, ironically enough, a roughly four-year-old buzzword (popularized, no doubt, by Brooklyn and/or L.A.) that seems to be hitting Lisbon just now. For example, described as “an ephemeral one-day event that proposes the collaboration of two artists at each session,” LIGA #1 brings together the work of two local multimedia painters, this Friday night, at Zaratan gallery, from 16h to 20h, free of charge.

Cuba, which happens to be developing its own vaccine, has some good music. This Saturday night, Cuban pianist Victor Zamora comes to Fábrica Braço de Prata, along with six friends, to prove it. The concert is outdoors, and tickets are 10 bucks.

The last year-and-a-half has been pretty f.cking crazy for most involved, but for some more so than others. Looking to combat the stigma surrounding mental health through education and art, local non-profit Safe Space Portugal kicks off its Festival MENTAL 2021 this week. The events are back offline (mostly) for its fifth edition and consist of nine days of talks, debates, film screenings, workshops, and art exhibits, happening now, in various locations, and mostly free of charge.

Indoors have generally become a lot less popular than outdoors in the last year and a half. Also, spring has finally fully sprung, making Lisbon’s outdoors that much more enjoyable to look at. Also, Jardins Aberots returns to Lisbon this and next weekend (May 22/23-29/30), allowing you free access to some of the city’s most beautiful gardens.

Everybody probably knows that Tuesday, May 25th, is Africa Day. In case you didn’t, now you do. To celebrate, Casa Macombo presents Semana de África – Comida e Cultura, which is six nights of African food, art, music, workshops, and more, both indoors and out. A minimum contribution of 3€ and a reservation are required.

Deceased writer, journalist, and motorcycle fan Hunter S. Thompson once said this about motorcycles: “Faster, Faster, until the thrill of speed overcomes the fear of death.” Lisbon Motorcycle Film Fest 2021 roars into Cinema São Jorge next Thursday (May 27), for its fifth edition, and is promising four days of thrills, spills, and films for living motorcycle enthusiasts of every creed.

And, finally, if you live in Lisbon, then you likely heard of (and maybe even listened to) Noiserv. The “one-man-orchestra” is playing another live concert a month from now, and the 16€ tickets are already on sale.

Be safe, see our full calendar of events for what else is happening around the city, in theory, and, as Charles Baudelaire said roughly two centuries ago, go “extract the eternal from the ephemeral” yo.