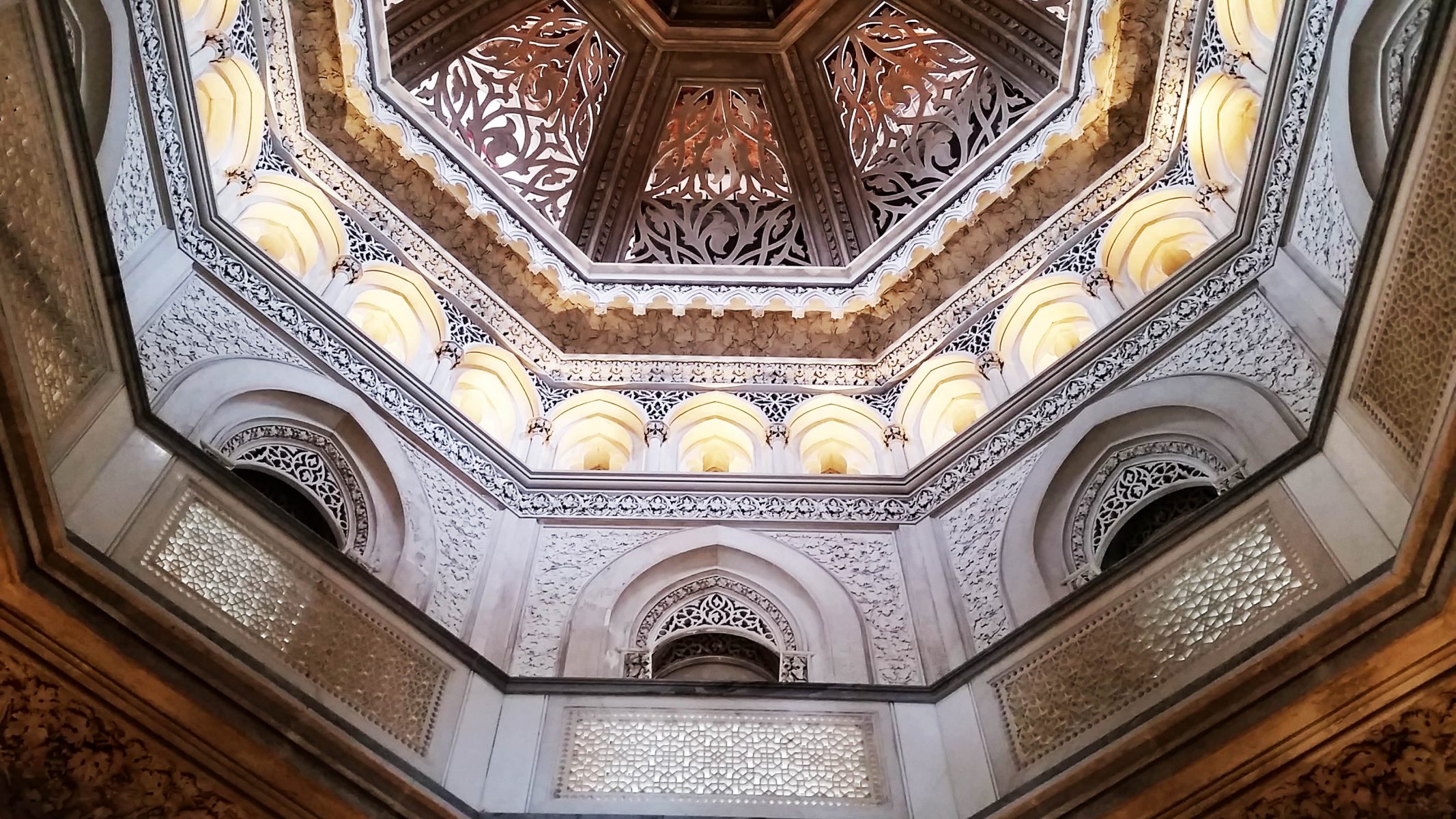 The municipality of Sintra is where fantasy and whimsy take material form. The city itself is enveloped by its own strange eco-system, which has lent to paranormal legends and mysteries, but one truth has remained throughout the centuries: Sintra’s the place to go when you want to let your imagination run amok, or if you have a penchant for eccentric displays of wealth.

A good 4km stretch of the legs uphill on EN-375 from the center leads to a Romantic-style estate called Monserrate that features a palace and a botanical garden replete with plant species from all over the world. Winding paths lead you past a waterfall, weird and wonderful trees like the Australian bunya-bunya pine, Mexican cacti barricaded by cork-wrapped fences, a lily pond, and ruins — the most impressive of which is actually fake. Continue up an abnormally green lawn to enter the palace, which is a wonderland all its own. 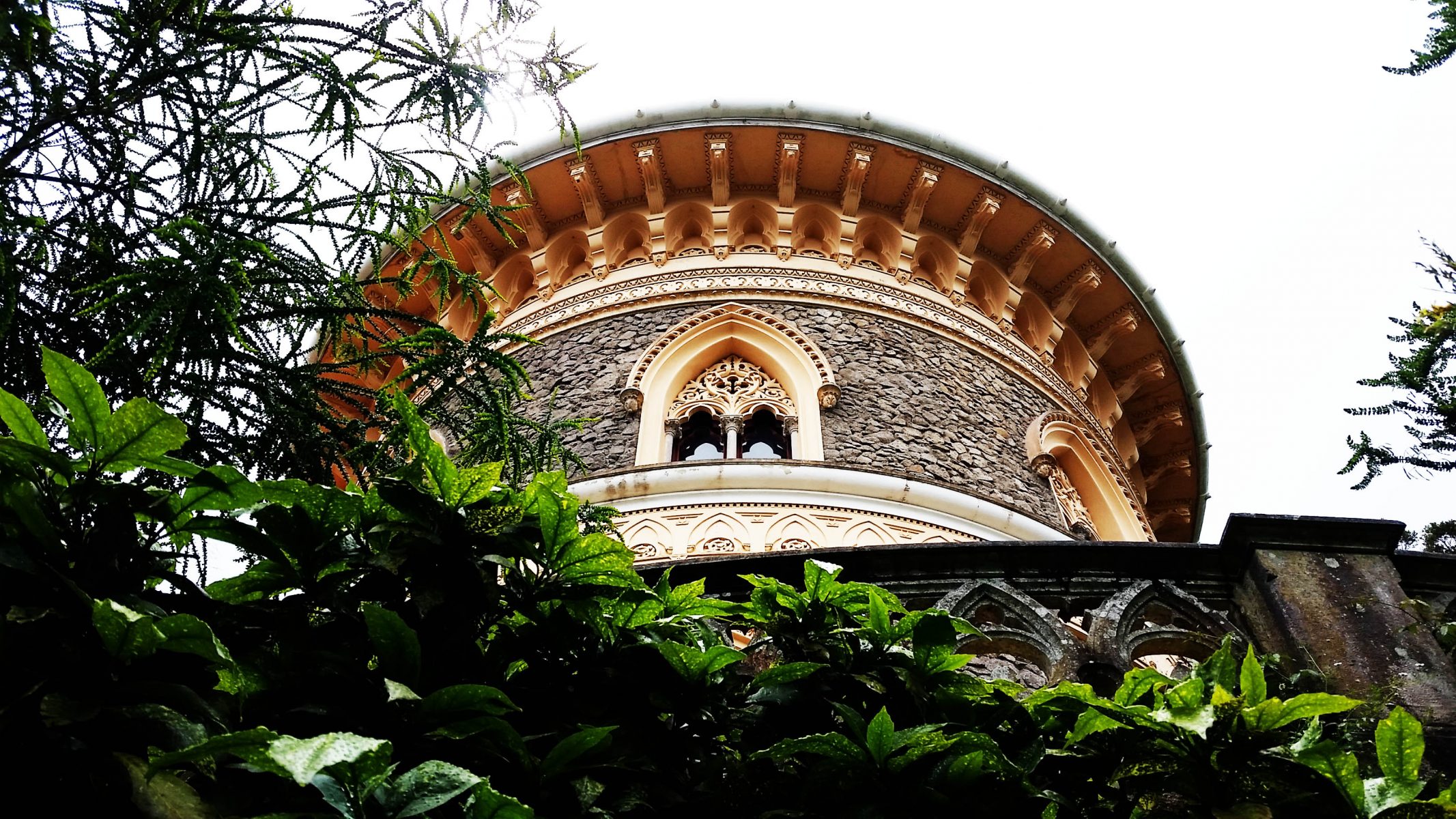 The Palace of Monserrate was originally built in 1789 in the neo-Gothic style by Gerard de Visme, the wealthy English merchant who made his fortune importing Brazilian teak. The British novelist WIlliam Beckford leased the palace four years later, making his own eccentric additions to the surrounding garden for the year he stayed there.

Lord Byron, one of the greatest poets in European history, visited Monserrate in 1809 on his European tour. He described Portugal, Sintra, and the estate in Childe Harolde’s Pilrimmage, published in 1812, which gained Monserrate a formidable reputation and brought much of the fame it still enjoys today.

While Byron was not particularly complimentary of the Portuguese people (whom he referred to within the poem as “a nation swollen with ignorance and pride”), he was certainly impressed with Sintra, Monserrate, and the goings on around the grounds. According to Paul Scott’s assessment of the poem, Byron even alludes to homosexual encounters, or “voluptuous lures,” that had taken place there. Byron himself was ostracized for his presumed homosexuality in England, which was allegedly the reason for his pilgrimage, as per the Guardian.

Years after Byron’s visit, the estate underwent a significant change. Francis Cook, the wealthy English industrialist, took up residence in the palace. He had been given the title the Viscount of Monserrate in 1856 seven years before he officially bought the property. With the help of architect James T. Knowles, Cook transformed the palace and gardens in over-the-top Romantic style, though most of what’s there today has been reconstructed after being left abandoned, severely water damaged, and on the verge of collapse. The palace was finally reclaimed by the state in 1949 and has been getting an interior facelift ever since.

Now the building has been almost completely renovated in the style Cook left it, and it is certainly worth a visit to travel back to a time of Romantic opulence and unabashed hubris that only excessive wealth and eccentricity could afford.

If you’re not up for a walk, there are taxis, tuk-tuks and more — or you can take Scotturb Bus 435 from the train station or the city center.