Nudist Beaches in Portugal, Or How To Stop Paying for Swimwear

No shirt? No pants?! No problem.

For fans of full-body tans, Portugal has a plethora of nude beaches to choose from, with something for everyone, from those who enjoy naked beach paddle ball (google it!) to those who like to lay out with their business out among a bunch of kite surfers to those who want a little peace and quiet for the entire naked family.

Naturism is common throughout Europe and, for the last 40 years or so, in Portugal as well. It’s a way of life, and for many it’s a lifestyle choice that embraces not just the aesthetics of no tan lines but also health and, well, being natural. What’s more, all Portuguese clothing-optional beaches are great for those who like to keep their swimsuits on too, because they’re typically located in more secluded — and, as a result, often cleaner and more beautiful — areas. So even if you’re anxious about taking it all off for the first time, Portugal may be just the place to try it.

However, it’s still a Catholic country so not everyone is down with the craic, khem. Clothing-optional areas are almost always designated on large public beaches, so look for signs before dropping your pants and/or skirt. Most harder-to-get-to beaches are often not officially designated as nudist but the practice is generally accepted, just use common sense — and our tips below on where to go.

And those of you in America wondering where you can go topless, the answer is pretty much anywhere you can lay a beach towel, although please refrain from doing so on the little beach by Praça do Comercio in Lisbon’s historical center and our many public gardens and squares. That goes especially for men. No one wants to see your new pectorals. 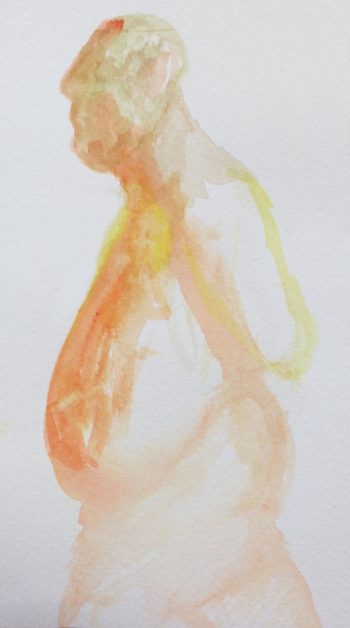 The most popular stretch of sand around Lisbon to go au naturel is the famous Praia Meco, by far. It’s close enough to the city to be reached in about an hour, although you’ll need a car. And it’s far enough from the city, and the more crowded beaches of Costa da Caparica, to make a jaunt here feel like a real escape. It’s very popular with Lisbon’s gay community, and it welcomes all.

Toward the southern end of Costa da Caparica, you’ll fine Praia da Bela Vista, which translates roughly as “Nice View Beach,” and that’s often the case, but all are welcome here. It’s particularly LGBTQ-friendly but also very popular with families with children and kite surfers, and is increasingly served by vendors who bring their portable coolers to dole out ice creams, bolas de berlim, beer, and, now, even mojitos, made right there for you while you lay out naked under the sun. The beach can be reached by ferry and bus (Cais do Sodre ferry to Cacilhas, then 127 or 145 to Fonte da Telha), or by bus (153 TST bus that stops in Praça Espanha and Alcântara) and then the cute beach train that you can pick up at the southern end of Costa da Caparica beach.

South of Praia da Bela Vista and past the town of Fonte da Telha (pick up some water, there are no “concessions” past this point) is Praia da Adiça, one of the most serene swaths of beach sand in Portugal thanks to its location alongside a NATO base and the natural preserve area of Arriba Fossil da Costa de Caparica, with its romantic sand cliffs dropping down toward the beach. Walk far enough and you can spend the whole day without seeing another soul sometimes. This is also some of the cleanest water around Lisbon, and apparently even the fish like it better, because you will occasionally see local fishermen walk out for a good hour to set up on their own here. And there’s also a place to give yourself an all-over mud mask treatment — just look for the gray clay on the side of the cliffs with a trickle of water and go cake yourself in it, it feels great and acts as a sunscreen too.

This small beach is accessible by foot from Cabo da Roca, which you can reach by bus 403 from both Cascais and Sintra (check with the driver to make sure it stops at Cabo da Roca, some buses bypass it). This is for the more athletic nudist, however, as the final descent to the beach is rather precarious. You’ll also have to be self-sufficient, as there are no businesses down here. It’s not an official nude beach but the practice has been tolerated here for decades. However, no matter how much you want to claim your spot close to the cliffs, please resist the urge: the rock here is very loose and does come down: it killed a 23-year-old tourist camping out on the beach in March 2018.

Another unofficial area is on the south end of the large Praia de Comporta, which is most easily accessible from Lisbon by car, however. There aren’t many businesses here, but the town of Comporta has some excellent dining.

Swimming in the Buff in the Colder Months

Out of the summer season, from October to April, the Clube Naturista do Centro hosts a monthly two-hour nude swim at the pool of Atlético Clube em Lisboa. This requires registration on the CNC site. CNC also organizes all kinds of naturist events, from naked yoga to naked dining, throughout the year. Check their calendar for more information.

Nude Beaches Around the Rest of Portugal

There are five more official nude beaches in Portugal. In the Alentejo, there are Praia do Salto, near Porto Covo, and Praia dos Alteirinhos, near Zambujeira do Mar. Further south, there’s Praia das Adegas, near Odeceixe, and once you’re on the south coast of the Algarve, there’s the marvelous Praia da Ilha de Tavira, close to another great beach, Praia da Barril, as well as Praia da Barreta, near Faro.

Fancy a bit of naked camping, or staying in a bungalow or caravan in a naturist park? Try the 10-hectare Quinta do Maral in Parque Natural da Serra de São Mamede, or NaturViana in Viana do Castelo (which could be a convenient pit stop if you’re walking the Camino de Santiago de Compostela), or Monte Naturista O Barão in Santiago do Cacém, which even has a salt-water pool and a sauna.

Then there’s Pool Houses in Meco, very close to Lisbon, with a pool, a spa, and naked yoga. Samonatura in Alentejo offers four naturist guest houses and is located close to the Rota Vicentina.

Finally, of course there’s a website for naked accommodations! Launched in 2018, NaturistBnB delivers exactly what you imagine: rooms, apartments, and even tree houses for rent where nudity is a-OK, all around Portugal and beyond. We can’t vouch for it, but we assume it’s like Airbnb in terms of the pros and cons and disappointments. Only naked.