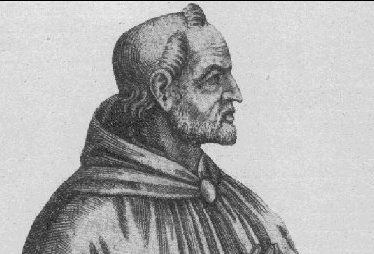 Pope John XXI, arguably Portugal's only Pope, became known after his death as the "necromancer Pope.” This was down to his alleged involvement in obscure practices in the search for eternal youth. Despite these rumors, he has gone down in history as a philosopher, logistician, psychologist, and physician.

Just to be clear, the idea that Pope John XXI was a necromancer comes from the wild claims of medieval scholars. It probably originated from the fact that he was not only a man of the cloth, but an erudite scholar and physician as well.

When looking this far back, dates, places, events, and pretty much everything else are up for debate. So, for the sake of brevity, just assume that all facts are preceded by “probably,” “roughly,” or “about.” Not only are all key events unclear, but there are even questions as to whether Pope John XXI was one, two, or even three people.

He was born Pedro Julião, in Lisbon, between 1210 and 1220 and is known, mainly by scholars, as Petrus Juliani or Petrus Hispanus. He studied at the Lisbon Cathedral school followed by the University of Paris, where he focussed on medicine and theology. He also studied philosophy, with a focus on logic.

In 1247, Julião became the professor of medicine at the University of Siena, one of the oldest universities in Italy that was founded just seven years before his arrival. Around 1261, Julião became an advisor to Cardinal Ottoboni Fieschi and was made deacon of the church of Lisbon. In 1272, he was appointed as physician to Pope Gregory X, and in spring of 1273 was elected as Archbishop of Braga. He refused this position in order to be Cardinal-Bishop of Tusculum.

He remained entwined in Portuguese politics throughout his life, being the counselor to King Afonso III and prior to Guimarães. He did at one point attempt to become the Bishop of Lisbon but was ultimately defeated.

Eventually, in August 1276, Julião was elected pope, becoming Pope John XXI. However, his reign was brief, and he was crushed to death by his collapsing apartment in May 1277. It was after his death that the rumors began, with many declaring him “a necromancer Pope.” This was down to his alleged involvement in obscure practices in the search for eternal youth.

Despite these rumors, he has gone down in history as a philosopher, logistician, psychologist, and notably, the only Pope who was a physician. A rather nice claim to fame, and certainly a notable name of Portugal.