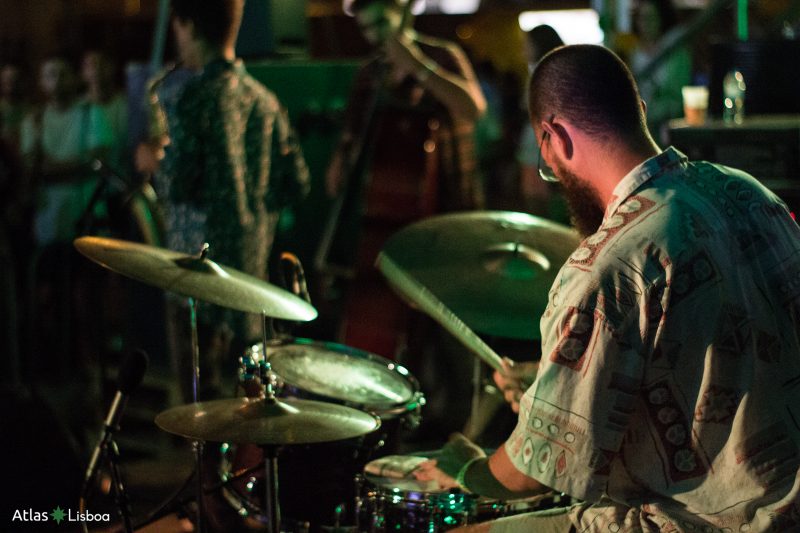 Nova Batida is an exciting new addition to Lisbon’s festival scene. However, despite its potential, there were a few obstacles at this festival's debut.

Nova Batida is an exciting new addition to Lisbon’s festival scene. However, despite being organized out of the UK at one of the hippest venues around Lisbon, there were a few obstacles at this festival’s debut.

The festival was split between a small corner of LX Factory and the co-work/club space at Village Underground. Divided by a large wall, people seemed to choose one venue and stick to it — which is not surprising, considering that you had to walk out into the street, around the block, and through a tram-yard to get between the stages. Now, we could totally get over this annoyance, but what we couldn’t tolerate was that when you bought one of the expectedly-expensive drinks, you couldn’t take it from one stage to the other. Now, that is a problem.

It was organized out of London, which made for a very British-heavy crowd, with some festival-goers saying the whole thing “felt a bit British.” This feeling wasn’t helped by the rather surreal decision to have the drinks menu priced in both Euros and GBP.

Despite these issues, the core of any music festival is, of course, the music. And this is what people came for, with the festival offering an impressive lineup, including names such as Maribou State, George Fitzgerald, and Max Cooper.

The lineup wasn’t devoid of its own problems, however. For example, Peanut Butter Wolf, a well-known American DJ, ended up playing to a room of no more than 20 people thanks to the fact that he was based in the Village Underground club stage and scheduled at the same time as Little Dragons. Perhaps the organizers stretched themselves a little too thin.

There was certainly an effort to have some Portuguese influence at the festival, and we were lucky enough to catch up with one of the Lisbon-based bands, Octa Push. Founded by two brothers, they have been playing for around 10 years. They started out playing self-described “club stuff,” influenced by UK music and African rhythms. However, over time they moved away from their early garage sound and came back to their roots in Portuguese rhythms.

On stage, Octa Push collaborated with various artists, which brought a nice dynamic to their set and made for a nice break from the electro-heavy festival. As Bruno from Octa Push put it, “When you invite other people, the music tends to take a completely different direction.” This organic sound certainly shone through at Nova Batida. If you fancy getting a taste of Octa Push but can’t wait for the next festival, one half of the duo can be found at Crew Hassan every Tuesday.

Octa Push wasn’t the only band that stood out, with Gume playing possibly the smallest stage of the festival (and the only one that felt outside). They smashed through the repetitive beats coming from the Terrace stage and played an energetic set with a range of instruments, including some of the most amazing drumming to be seen in a long while. If you get a chance, check them out.

It was Nova Batida’s first year, so there was bound to be some teething problems. Overall, people seemed to enjoy themselves, which is what counts at the end of the day. If the wall comes down as planned, or they can figure out some sort of stair system, and with a little better organization, Nova Batida could quickly become a must-see on the festival calendar.

[All Photos by Eddie Ivers]