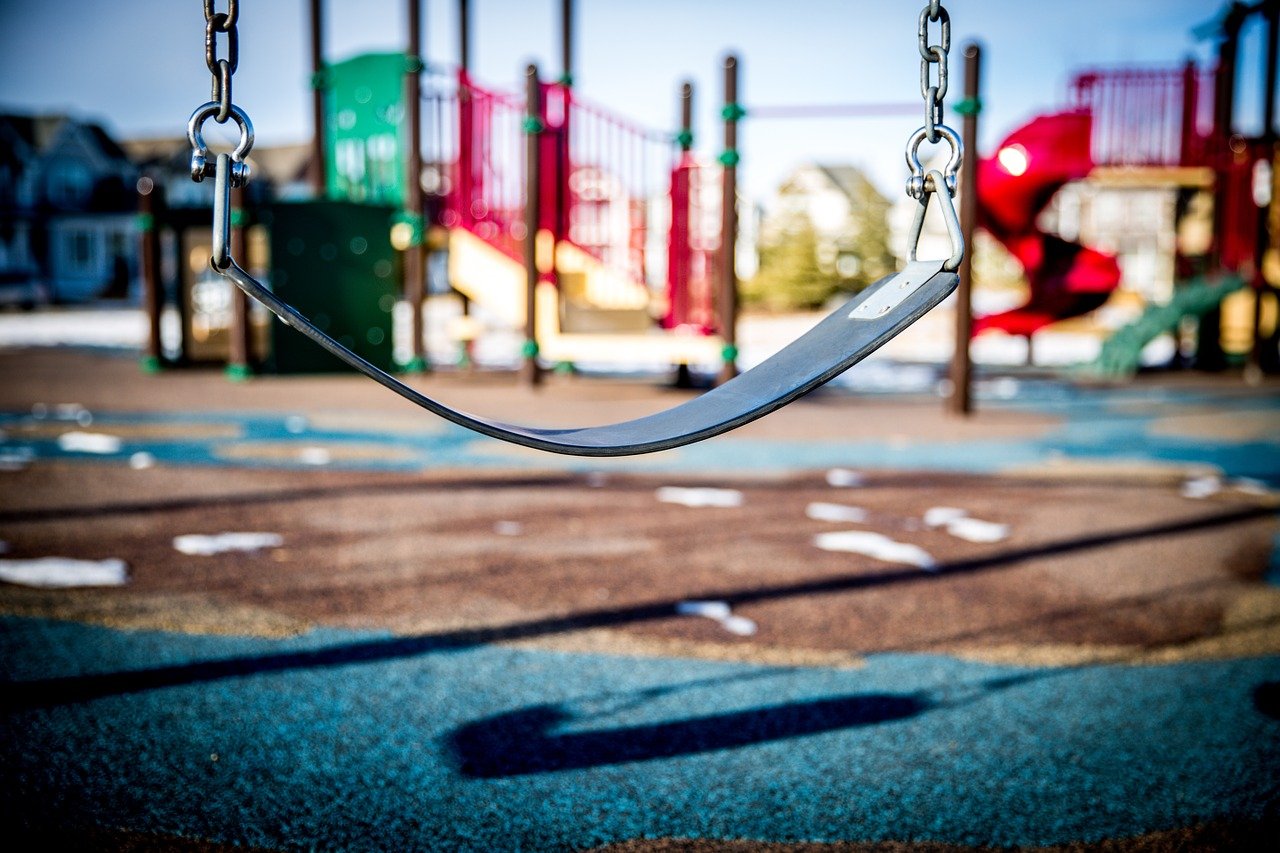 Ah, children’s playgrounds. Mostly they’re all about going outside and getting it all out. It’s also a chance to socialize with their own age group in a nurturing environment. Oh, and it’s good for the kids, too.

There are loads of places to play around Lisbon. Some are better and bigger than others, some have see-saws, others have ziplines, some even have miniature climbing walls . Even better, some have cafés for weary parents to commiserate over coffee or share baffling behavior stories over something stronger (go ahead, we won’t judge) while their little ones get dirty.

This playground is located on the north side of “Lisbon’s lung.” It’s perhaps the most visited area in all of Monsanto since it’s kept very clean and most everything is in working order. The play area itself resembles an elevated house on one side and a boat with ropes, bridges, swings, hidey-holes, and about eight slides of varying height on the other. The cafe is just off to the side, a short enough distance away to prevent your little monster from doing anything too stupid, but far enough away to have some adult time. That’s right, there’s a bar and picnic tables nearby for a little BYOB.

Located in Alto da Serafina, which is already nice for a walk among the cypresses, this playground features a labyrinth, and if that’s not enough, a boat and a lighthouse surrounded by a shallow pool of water accessible by a narrow footbridge between some large rocks. This might mean the younger ones need supervision (or to play in the nearby wooden play area, which is cool in itself), but most adults that go here kind of want to check it out for themselves anyway. Once you’ve found a spot to leave the little one, you can scurry away with the other exhausted parents to the nearby café while keeping an eye on your little angel.

Next to the entrance to Estufa Fria, there’s a playground with a bona-fide riding zipline. In the U.S.A. there would be warnings against even THINKING about using it, to cover the liability clause, but here in Portugal there are no warnings: you fall, you cry, you try again. The playground also has a few slides, swings, and a climbing rope. This is also one of the few playgrounds that have a sandy floor, so it’s kinder to those with questionable balance. That goes for you too, mom and dad. The nearby café serves awesome pizza and gaspacho soup, and they have beer on tap.

Good For: All ages
Hours: No schedule

This is a great place to go for lunch, or even just a ten-minute detour. The playground here is pretty radical — it’s got a two-story spider web tent where kids can go ape as high up as they dare. There’s a kiosk too that has nice tostas and ice cream, and a nearby library kiosk if you want to sit with one eye on a book and the other on the spiderman kid you brought with you. Gotta go? No worries, there are public toilets that are kept shockingly clean.

There are two areas to get your play on in this kiddy wonderland. The first is built in the trees and includes ropes, bridges, and well, heights.This doesn’t make it ideal for the really young ones, but can lead to a spectacular playdate for kids over four. The other playground is a bit more accessible, since it has a sandy floor and less dangerous play-spaces. It offers see-saws, swings, and pedal cars for rent. There’s a café where you can buy your tyke an ice cream and a copo for yourself. There’s a swimming pool on site if you’re feeling like water sports or trying out a mommy-and-me swim class, and it’s free with a membership.

Memberships cost 20€ each year, but if you just want to try it out, it’s only 30 céntimos to enter for the day per person. Not a bad deal!

Good For: All ages
Hours: Vary

This is a lovely park with big tree-lined pathways perfect for a bike ride, rollerskating, hide-and-seek, or a stroll. At the café Esplanada da Mata (where you are within throwing distance of the playground) you can enjoy an ice cream, lemonade, or maybe something a little stronger depending on your mindset. Sit on big logs or at the comfy café tables and order a huge tosta to share. The big draw is the zipline because it is the largest and longest in town, but there are also slides and monkey bars for the less adventurous.

Good For: All ages
Hours: Park closes at 23h

This playground has the biggest slides in Lisbon, plastic bumpy slopes that are a hike up the hill to the top and a nice, cozy ride to the bottom. Just riding the slides twice will wear out even the most alpinist of kids, so that’s half the fun. There’s a spider web tower here for the older children as well as a stationary train that’s fun for the little ones. Another play area nearby has a series of tunnels and shorter, less daredevilish slides for the tots.

Good For: All ages
Hours: Park closes at 11h

This secret park in Alvalade is both small and family-sized at the same time. It has a family-sized slide as well as a swing that can fit two adults and two kids comfortably. You’ll just have to figure out how you’re going to push yourselves. There are also balancing beams good for practicing your tight-rope skills. The best part is that you will usually have it all to yourselves so it’s good for playdates.

Good For: All ages
Hours: No hours