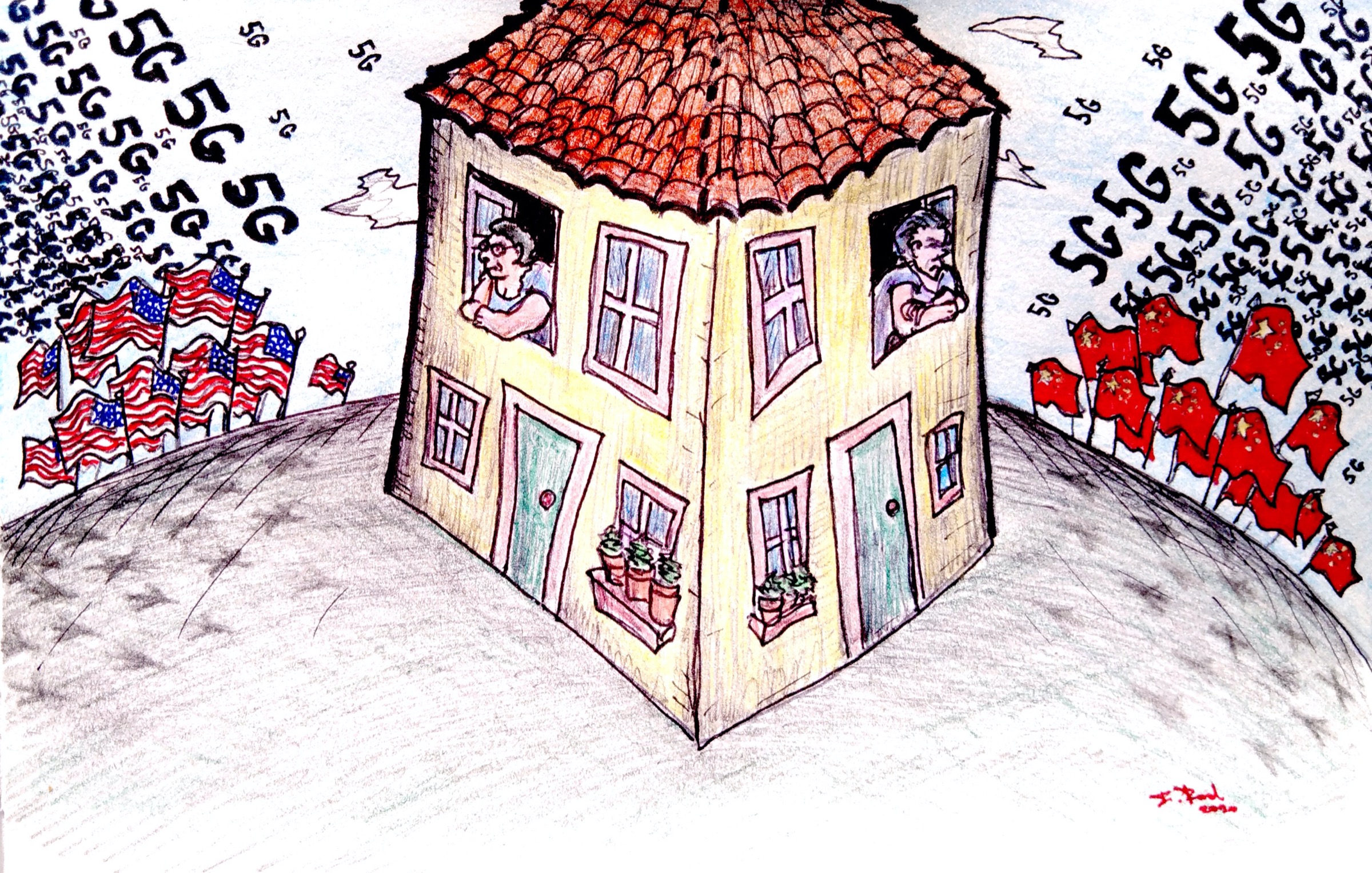 Portugal is Stuck Between a Rock (U.S.) and a Hard Place (China)

The U.S.-China trade war has put Portugal in a tight spot, and managing relations with the two economic titans is a matter of national debate.

The United States’ ambassador to Portugal, George Glass, has come under fire for comments he made during an interview with Expresso. Glass made reference to the growing economic relations between Portugal and China, and how these may hinder the close ties Portugal has with the U.S. His comments — described as threats by many in the Portuguese media — were made in regards to the potential adoption of Huawei 5G technology in the country, as well as the pending contract to the natural gas pipelines in the port of Sines, for which both China and the U.S. are in the running. Glass made it clear in his statement that Portugal “has to choose between its “friends” and “allies” [U.S.] and “economic partners” [China].

Portuguese leaders replied in stern tones of disapproval to the U.S. ambassador’s comments. The minister of foreign affairs, Augusto Santos Silva, retorted by saying, “In Portugal, decisions are taken by the competent Portuguese authorities.” And Marcelo Rebelo de Sousa, the Portuguese president, reiterated the stance of national autonomy by stating, “It’s an obvious matter of principle that in Portugal, those who decide its destiny are the representatives chosen by the Portuguese [people] — and only them…”

The concern ambassador Glass expressed over Huawei is, he claims, a matter of defense security for Portugal. Glass also warns that it may have implications for the activity of the North Atlantic Treaty Organization (NATO – of which Portugal is a founding member), particularly in the exchange of classified information.

Huawei has repeatedly come out in defense of its company’s integrity, assuring they would not divulge any data to the Chinese state. But what has been made clear is that the concern over Huawei 5G technology is a clear agenda of U.S. diplomatic initiatives in Europe. Huawei has been a target of the Trump-led trade war on China for months now.

This agenda was a top priority of U.S. Secretary of State, Mike Pompeo, on his visit to Greece and Italy two weeks ago, where he lobbied in both countries against the implementation of Huawei 5G.

And while Portugal has been adamant they will not be influenced by U.S. pressure, some of its European neighbors have begun to crack. The United Kingdom has enacted a ban on Huawei, which will go into effect by December 31, forbidding its mobile providers from purchasing Huawei 5G equipment. Germany has come short of a ban but has put into place a stricter vetting process for cyber vendors, which will make it very difficult for Huawei to enter their market.

Portugal’s neighbor Spain has not legislated against the Chinese telecom giant — but its largest telecommunication provider, Telefónica, has started steering away from Huawei’s infrastructure. In December 2019, Telefónica announced that it would begin to dramatically reduce components of Huawei in its 5G system. And in September this year, reports emerged that contracts for its 5G infrastructure were awarded to Nokia and Ericsson — noticeably leaving Huawei out.

This monday, the Chinese state offered a public statement condemning the U.S. meddling in Portuguese affairs. The Chinese Ministry of Foreign affairs released the following comment to the Lusa news agency: “Coercing other countries to obey its will is not only a blatant act of harassment, but also an evident rejection of the economic market principles defended by the United States.”

Portugal and the United States have a long history of apparently friendly diplomatic and economic relations, dating back to 1791, when Portugal became the first neutral country to establish ties with the U.S. after it gained independence from Great Britain. Portugal and the U.S. fortified their diplomatic ties in the midst of World War II, when the two countries signed the U.S.-Portuguese agreement in 1944, which authorized the U.S. to establish a military base on Santa Maria island in the Azores — which proved crucial to American initiatives in the war. Five years later, both countries formed part of the 12  founding member states of NATO.

The U.S. eventually relocated their military base to the Azorean island of Terceira. This base was so strategically crucial to the military actions of the U.S. during the Cold War that it was the leveraging tool the regime of António de Oliveira Salazar — the Portuguese dictator who served as prime minister of Portugal from 1932 to 1968 — held when John F. Kennedy’s administration placed pressure on Portugal to change its policies toward its African colonies in the ’60s.

U.S. meddling in Portuguese affairs is not historically uncommon. In fact, a memorandum released by the U.S. Interagency Security Classification Appeals Panel (ISCAP) indicates that the Pentagon had a contingency plan to seize the Azores, fearing a communist takeover of Portugal in the wake of the 1974 Carnation Revolution. The then-U.S. Secretary of Defense James Schlesinger said to the U.S. Secretary of State, Henry Kissinger, that their plan consisted of “stimulating Azores independence.”

This plan did not come to fruition, but it does clarify the imperialistic ambitions the U.S. has held towards Portugal in the past.

As of last year, the 10% to 25% tariffs the U.S. placed on European Union agricultural products has been the biggest point of strife in economic relations between Portugal and the U.S. Yet despite this, the U.S. is Portugal’s largest trade partner outside the EU, fifth after Spain, France, Germany, and the U.K. The U.S. State Department reports that in 2019 Portugal imported $1.72 billion (€1.53 billion) worth of goods from the U.S. and exported $3.89 billion (€3.47billion) worth.

China may currently make up a much smaller share of Portuguese exports than the U.S. — but it does share a longer history of relations with the country, dating back to 1514, during the Ming dynasty.

While it is widely recognized that ambassador Glass’ comments were out of line and it was of poor taste to deliver them publicly, former head of the conservative political party CDS-PP, Manuel Monteiro, raised a poignant point. Monteiro said, “The ambassador of the United States of America rubs salt in the wound when he warns of the need for a country like Portugal and, particularly, a country with its geographical location, to define and discuss whether it wants to continue to hand over sectors to China that are strategic to its national affirmation…”

The Chinese state-run company Three Gorges is currently the biggest shareholder in EDP, Portugal’s largest — and formerly state-owned — energy company. Now, if the country’s 5G infrastructure and the strategic port of Sines are up for grabs, a national debate about China’s involvement in this process is relevant.

Atlas reached out to both the U.S. Embassy in Lisbon and the Portuguese Ministry of Foreign Affairs for comments, and neither replied in time for publication.

We also contacted the Portugal-U.S. Chamber of Commerce, inquiring about their organization’s position on ambassador Glass’ remarks and the possible implications they may have on economic relations between the two countries, but they declined to comment.