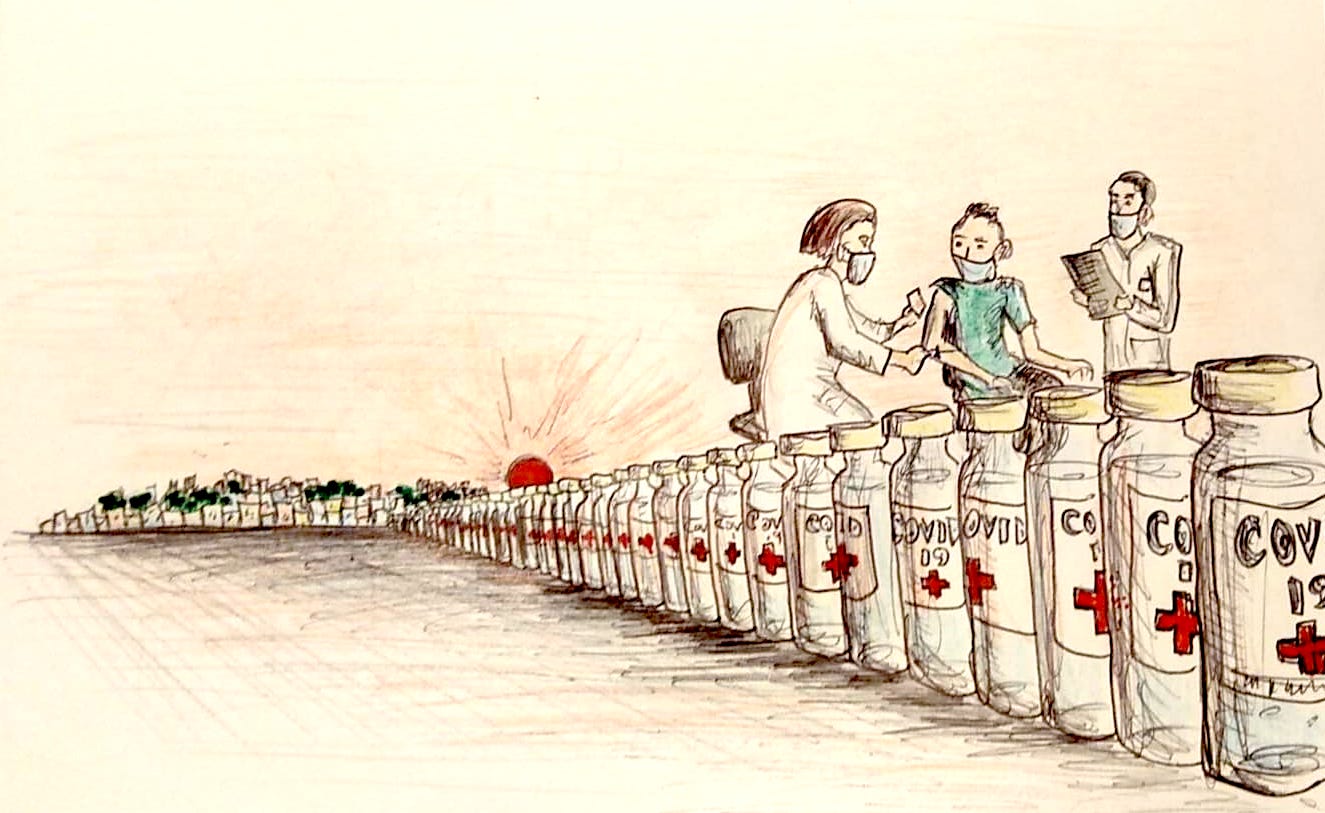 So far, so good — if Portugal's health authorities can deliver.

How are we doing, really, in Portugal, with vaccinations? The short answer, if that’s what you’re here for, is: not too shabby, thanks very much. But there are some, uhm, concerns.

The good news is that the government’s push announced a week ago to vaccinate hundreds of thousands of people in a matter of days has so far worked out: Portugal had administered roughly 1.4 million vaccines as of March 24, and the latest report from Direcção-Geral de Saúde (DGS – Directorate-General of Health), from April 1, says we’re now at 1.7 million, which confirms the statement from Vice Admiral Gouveia e Melo, the head of the vaccination task force, who said last week that we’ll vaccinate 277,000 in the following week.

Related: When Will I Get Vaccinated? Best Case — End of Summer, Unless You’re Priority

And on Saturday, March 28, Portugal vaccinated 62,000 people — the highest daily number since vaccinations began in late December, according to Observador. Most of those doses — 44,000 — went to teachers and related education facilities staff, which is important considering that the first phase in Portugal’s “de-confinement” plan is to re-open schools.

What’s more, the vaccination plans are getting more ambitious: last week, Gouveia e Melo said that we’ll administer 60,000 vaccines per day in April. On March 27, Prime Minister António Costa said that Portugal will have 150 “rapid vaccination” centers that will allow for “at least” 100,000 vaccinations per day in April, according to Público. Costa also said that Portugal’s health system is prepared to handle that sort of workload. On Monday, the vice admiral also said we’ll be able to accelerate the vaccination rate to 100,000 per day, according to Observador.

Gouveia e Melo also made it clear that the plan is to vaccinate the maximum number of people possible every day, rather than waiting for sub-groups, or “clusters,” to respond to the government’s calls to come in for their shot, according to Público.

“I have 100,000 seats to fill every day, and instead of looking for 100,000 people to fill the seats, I want these people to step up and proactively try to fill them,” the vice admiral said, according to the newspaper.

People can register for vaccinations on the SNS website. The health authorities have also set up a dedicated page for those without an SNS number — although, be warned, there have been reports of the site not working for everyone.

Moreover, while in December Portugal had only contracted for 22 million vaccines — enough for two doses for every member of the population — that went up to 35.8 million as of March 31, Gouveia e Melo said, according to O Jornal Económico.

There are some problems, however — for starters, what is released to the public.

Público reports that by 6pm on Sunday, March 28, 500,275 people had received the second dose. But as of April 1, DGS was reporting on its website that only around 485,600 received the vaccine.

Furthermore, we’re going to need a lot more hands on deck to run those 150 vaccination centers properly — 5,200 more, to be exact, including 2,500 nurses, 400 doctors, and 2,300 auxiliary support staff, according to Diáirio de Notícias.

And right now, Portugal is scheduled to receive 9 million vaccines in April, May, and June. That’s 91 days, so with the few hundred thousand doses still left, that expectation means we can’t administer more than 100,000 vaccines per day, on average, so we’ll be at our limit if we actually get all the damn vaccines. Which hasn’t exactly been the case thus far.

Meanwhile, Portugal is one of only two European countries that’s opted so far to not vaccinate those who’ve already had the coronavirus, according to O Jornal Económico. Fifteen European countries plan to administer both doses to those who had been infected before, and seven others plan to administer at least one. Only Portugal and Iceland so far are recommending that those who’ve had COVID not get vaccinated at all.

How Is Portugal Doing Compared to the Rest of the World?

Not bad, not great, is the annoying short answer. As of March 31, according to World In Data, we’ve vaccinated with one dose a larger proportion of the population than Russia, India, Turkey, and Brazil and — get this — Germany, which is sort of a big deal, no? Because ze Germans!

But don’t get excited: we’re behind Israel, the U.K., the U.S., Bahrain, Chile, Hungary, Serbia and Uruguay, among others.