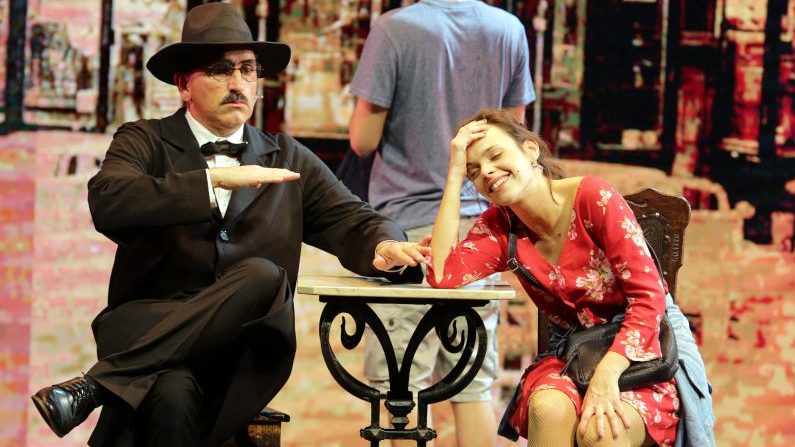 The humorous play is performed in English by the all-Portuguese cast, complete with brilliantly choreographed dance routines and re-written versions of popular international songs, like Wannabe by the Spice Girls, that keep the audience captivated and amused.

Written by Rui Cardoso Martins and Filipe Homem, The Portuguese is a hilarious new musical showing at Casino Lisboa. Opening with a medley of traditional songs from each region of the country, the show takes the audience on an enlightening journey through the history of Portugal.

The humorous play is performed in English by the all-Portuguese cast, complete with brilliantly choreographed dance routines and re-written versions of popular international songs, like Wannabe by the Spice Girls, that keep the audience captivated and amused. The story follows a young tourist couple who land at Aeroporto de Lisboa, but unfortunately experience something every traveler dreads: losing their luggage. After suffering emotional shock, the couple quickly recovers, realizing they don’t need their belongings to have a good time in Lisbon.

Instead, they begin their journey down an alternative path, encountering iconic historical figures along the way. They take a selfie with the multi-talented Fernando Pessoa, they’re serenaded by the famous fadista Amália Rodrigues and wooed by Cristiano Ronaldo before stumbling upon Portuguese dictator Salazar and James Bond in the casino, placing bets with a book of Portugal’s best-kept secret at stake (I won’t divulge what the secret is!). These are but a few of the dozens of characters who share their stories with the couple, giving the audience a glimpse into the rich culture of the country.

Elevating the performance to another level, artistic director Ana Brito e Cunha decided to introduce a unique, pioneering LED video-wall to the stage, a feature that is the first of its kind in Portugal. Created by Hélder Mendes, the digital backdrop interacts with the actors, enabling different scenes to evolve seamlessly with a heightened sense of believability and reality.

Aimed at tourists, history enthusiasts, expats, and anyone looking to learn more and generally celebrate Portugal, the entire show is put together extremely well. It will leave you feeling alive and excited to experience more of this sensational country.

I managed to go behind the scenes before one of the shows to meet the cast and crew. Surrounded by the mirrors and bulbs lights in the dressing room with some of the cast applying their makeup in one corner, others chattering animatedly as they were dressing, and still more of them parading about doing vocal warm-up exercises, I managed to grab a quick chat with three of the cast members: Teresa Macedo (protagonist – Eleanor the tourist), Chris Santos (Vasco da Gama and others), and Joana França (Brites de Almeida and others). 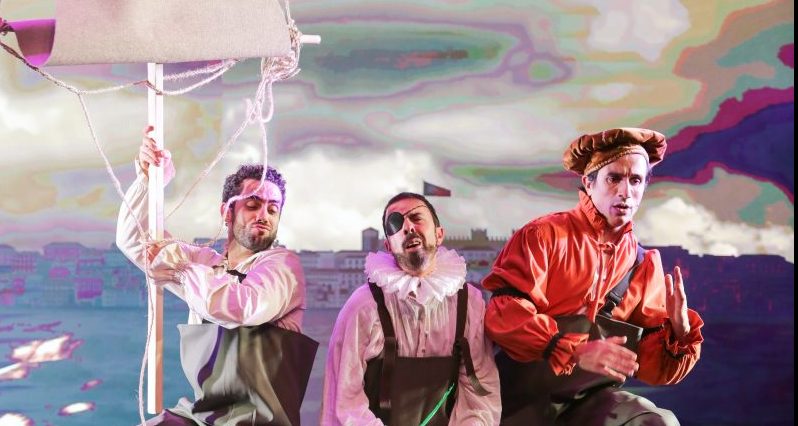 ED: Let’s start from the beginning: how did you come to be involved in the show?
JF: Well, we all had a casting, but the challenge for us was that we already had to know parts of the monologue as well as one of the songs in English. That was the difficulty — to memorize it all in English. I remember thinking, “How will I enjoy this and perform it naturally when it’s not in my native language?”

TM: It was challenging but I thought that was the most fun part. I only heard about the casting a week before, but as soon as I heard, I was begging to do it!

ED: Yes, I can imagine it must be challenging. You even bring attention to the absurdity of an all-Portuguese cast performing a show about Portugal but conducting the whole thing English.
CS: Well yes, we’re not used to doing this usually. If we want to improvise in the show, it is a little more difficult, because English is obviously a second language for us.

JF: For me, it’s like a button you have to push when the show starts, to switch the brain to think in English.

ED: Did you read the script before the casting? What did you think of it initially?
CS: No, we just read the monologues and maybe one or two scenes. I enjoyed it, I thought it was a good idea. This is something entirely new — it’s the first time anyone is putting on a show like this in Portugal. So it’s really good to be involved.

JF: I also thought it was interesting. It’s not always possible for visitors to learn more about our country. You can listen to fado or go to museums, but you cannot really appreciate the back story or fully understand the significance of everything. I thought the script was very good because it lets the audience learn about parts of Portuguese culture that they might not be exposed to in any other way. 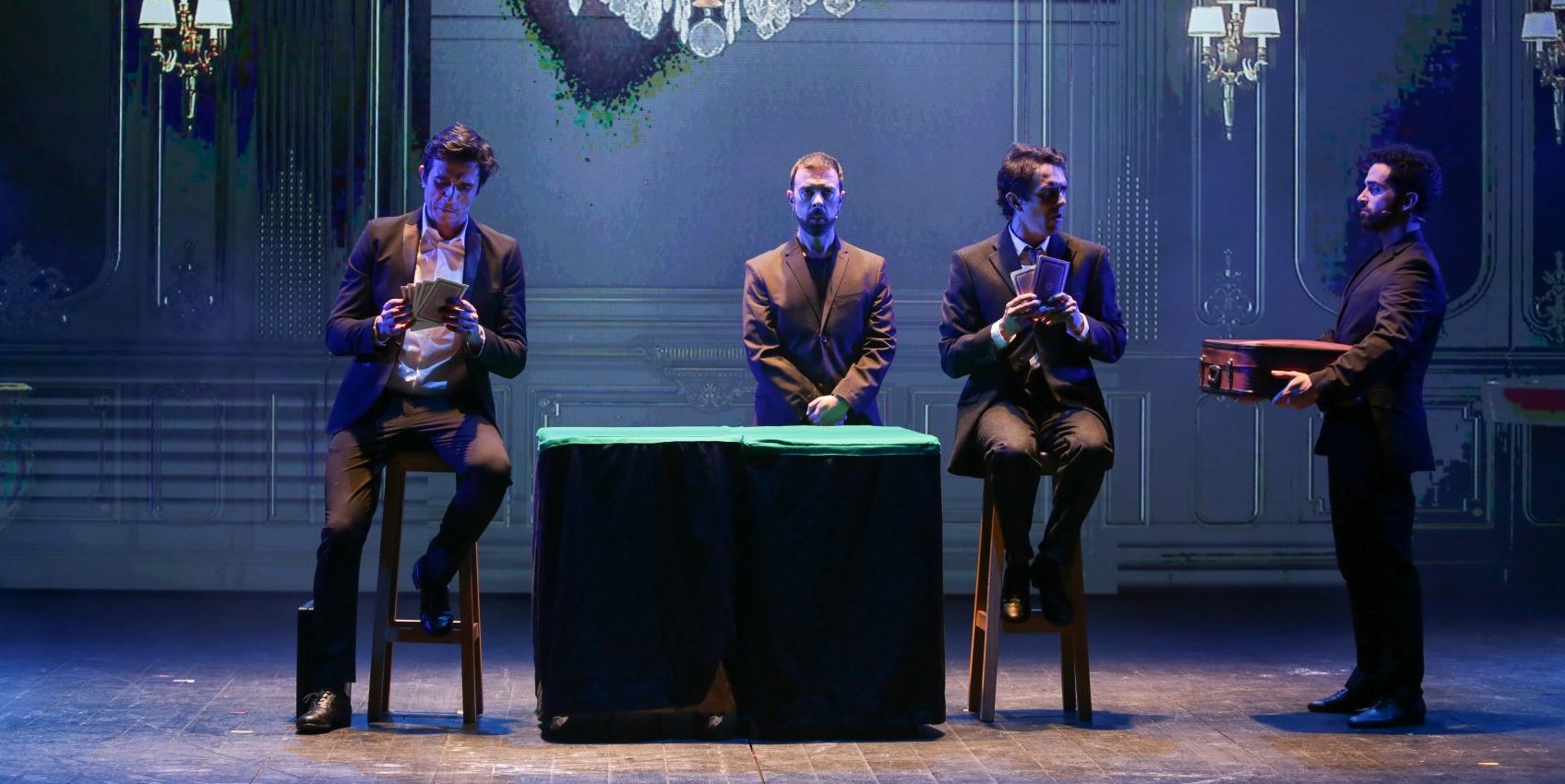 ED: And was this the purpose of the show, to educate people in a fun way?
TM: In some way, yes, we talk about Portuguese figures and how we adopted our customs. When we were children, we heard about some of these stories, but it was a long time ago. So it was a good opportunity for us to revisit these stories.

JF: Exactly, and when you take it to the stage, you start living it. This has more impact than just telling a story. And it instigates a curiosity in the audience to go and research more about the history. It was about finding an entertaining way to explain who we are as a nation and to show the huge amount of Portugal’s history that no one really knows. Even I learned about parts of our past that I never knew before. It made me proud to be Portuguese!

ED: That’s fantastic! Would you say the historical figures and stories featured in the show are the most prominent in Portuguese history?
TM: No, we had some difficulty in the process of deciding. It took us a long time to choose who we wanted to feature. We obviously cannot do a show that’s three hours long including everyone important — it was meant to be light and fun.

JF: It was a very interactive process: our director Sónia Aragão was very open to seeing our characters and finding the perfect match. So we chose the stories to use together during some of the first rehearsals. We had to decide which ones had the most impact and what would fit in the story.

ED: While I was in the audience, I noticed a lot of Portuguese people singing along with the traditional songs they knew, and becoming really animated with certain characters. How have you found the reception of Portuguese audiences to be so far?
CS: Well, the majority of the audiences so far have been Portuguese, and all the feedback has been really positive. For them, they can really identify with it as they already know the stories. There are also some details in there that only Portuguese people will understand. For example, with Salazar the Portuguese dictator, he supposedly died falling from a chair. So that’s why in the play, you see him being scared to climb up onto the chair, and falling off it at the end of the scene. Only people that know these details will understand the gag.

JF: Also for the Portuguese, when you see this scene of him falling from the chair, it’s a fantastic feeling as it’s the symbol of our freedom. Tourists probably wouldn’t understand just how this feels for us. It’s because of him that we did not participate in World War II.

ED: Moving on to the music, I absolutely loved how perfectly the songs fit each scene and character. How were these chosen?
JF: They were already chosen by the writers. But we also had some discussion about it because the director, artistic director, and musical director wanted to include some Portuguese songs, but because these were not international, people would not be able to identify with them.

CS: That’s why we used popular songs everyone will know. Our musical director, Artur Guimarães, created all of the mash-ups with all of the pop and rock songs. He’s genius, he did such an amazing job.

ED: I agree, I was very impressed with the arrangement. Finally, you all have such a great energy on the stage. What’s your secret?
JF: It’s a blessing actually, we have such a great cast and we get along really well. I think that’s the secret behind the success of any show. 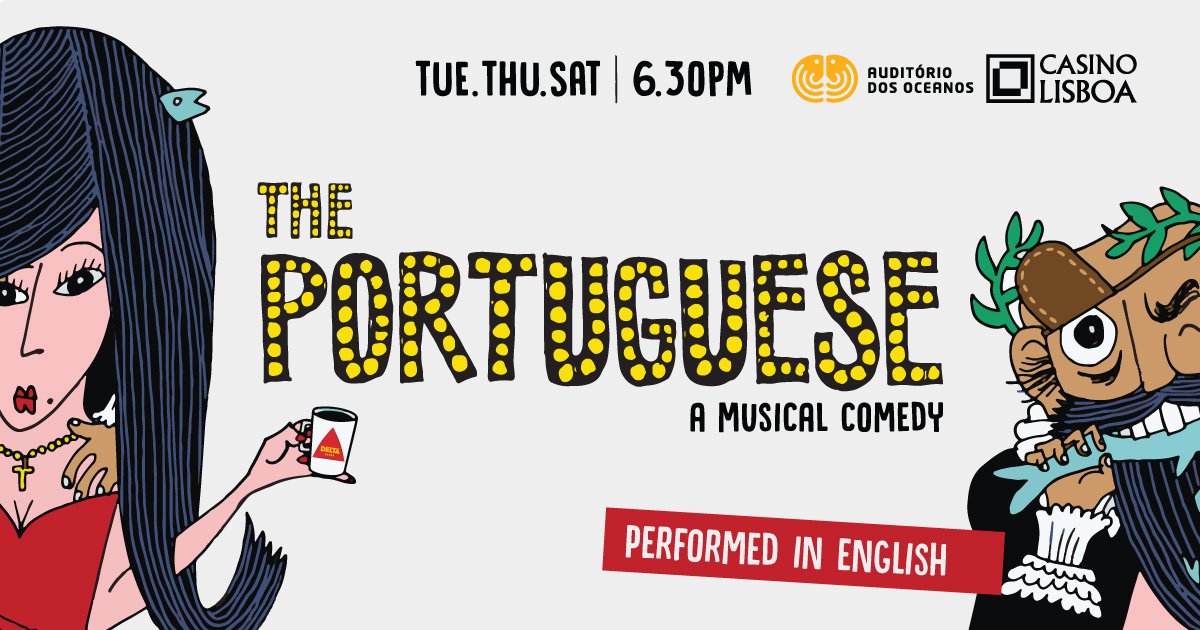