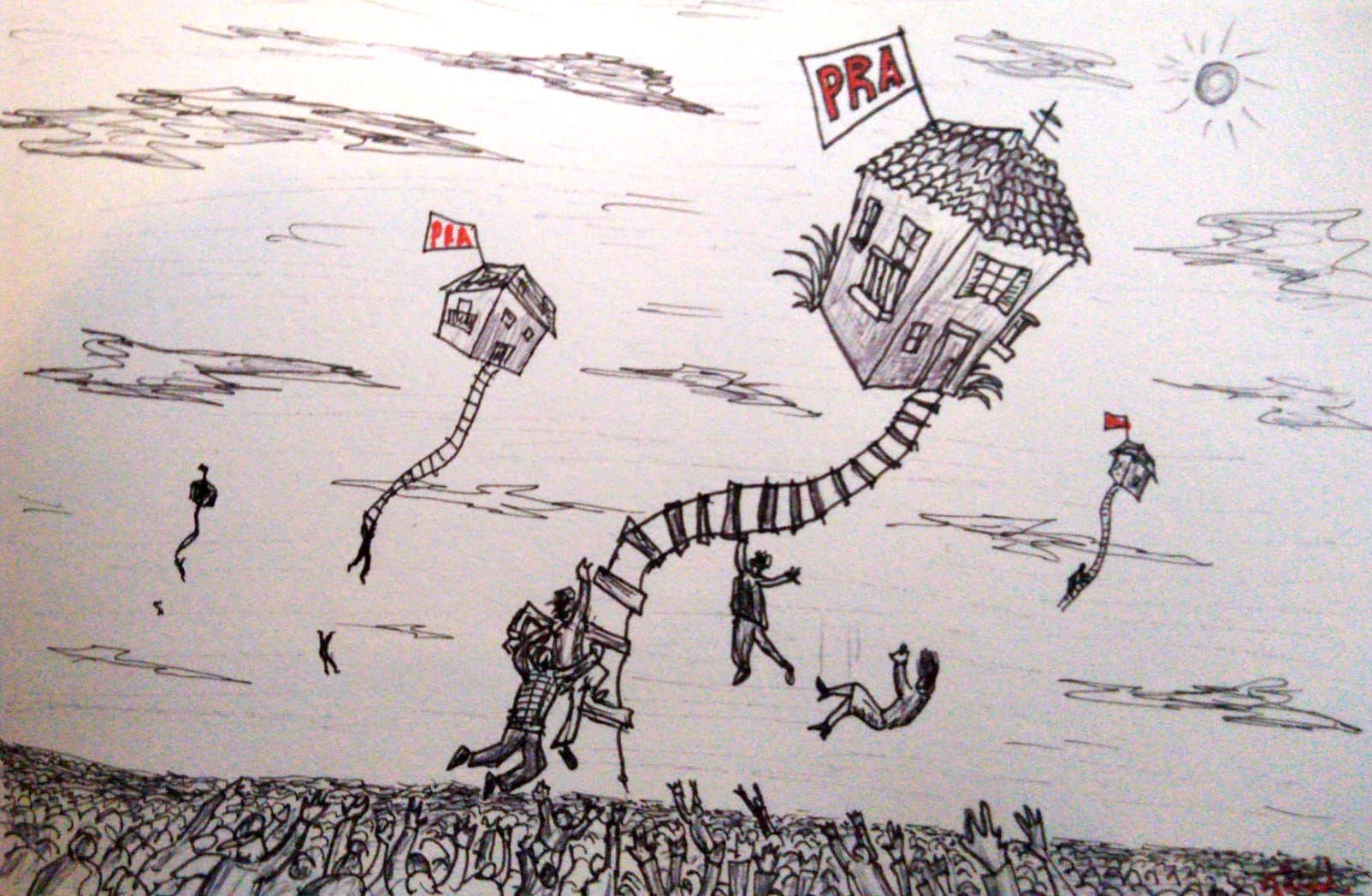 Programa Renda Acessível: The City’s Affordable Housing Initiative, but Who Does it Really Serve?

Lisbon’s growing housing crisis has been the topic of great debate in recent years, and the Câmara Municipal de Lisboa (CML) has come under heavy scrutiny for what some deem to be an inappropriate response to the need for affordable housing. And one of the most prominent recent initiatives from the city council, Programa Renda Acessível (PRA), raises just as many concerns as it aims to address.

The PRA offers apartments with subsidized rents across the city, and it guarantees that tenants won’t pay more than 30% of their monthly wage on rent. The program is open to Portuguese citizens or legal residents of the country 18 and over. The government expects the creation of approximately 897 buildings and 6,000 apartments through the PRA.

The end of last year saw the first round of applications, for 120 apartments, open up for this program, and since then an additional two have followed, for 30 and 75 flats respectively. Each round received thousands of applications, an indication of just how large the need for affordable housing is in the city.

The apartments available through PRA come in through various ways: some belong to small-scale landlords who leased their properties to the city council through Programa Renda Segura. Others belong to the CML, which finances the refurbishment of the building, as is the case in Bairro Alto where a derelict building will be renovated and 45 apartments will be built and rented through PRA.

And then there is a distinct model where the city sets up a public-private partnership with a developer, with the CML providing the property to build on while the developer constructs the housing units or renovates the existing building on the lot. In exchange , the developer has to lease at least 70% of the housing stock through PRA, while the remaining 30% of the units can be rented out at market rates.

Through this model, the CML owns the plot and the developer owns the building, the two entities sign a contract for an undisclosed number of years, and, once their contract is complete, the building is transferred back to the CML. As part of this arrangement, the private developers serve as the landlords of the PRA tenants and are responsible for maintaining the building stock.

These sort of public-private agreements, which provide services that have historically been in the public sphere, raise a number of concerns about potential conflicts of interest. For one, it remains to be seen whether the CML will create a system to ensure that private partners will adequately upkeep the housing units. Also, it is not clear how long the contracts between the CML and the private partners will be, nor what happens to the buildings once they are returned to the city council. Atlas raised these questions with the CML but received no reply in time for publication.

Further, questions remain about the sustainability of the program in providing long-term housing solutions to the city’s residents. As mentioned above, there is no clear indication of how long the public-private partnerships will last nor of what happens to the units once it ends. Meanwhile, the apartments that were made available through Programa Renda Segura are only leased to the CML for a period of five years, after which point the property owners may opt to withdraw their flat from the program, leaving a family out of a home.

Meanwhile, Habita, a local housing rights activist group, tells Atlas that they’re “far from supporting models of public-private partnerships, which divest a significant part of public land from the city council to private hands in exchange for having a percentage of this housing be affordable housing.”

“The municipal land should be used for the development and management of quality public housing,” Habita says, adding that while the below-market rents offered by the city council through PRA are favorable, their supply is very scarce for the existing need.

Habita says that “affordable housing has replaced the notion of public housing in our language — and language counts — and seeks to erase the concept of price and market regulation: this is a real taboo.” The group adds that “everyone wants affordable housing, but maybe for that, we need public provision and rent control, rather than private provision with incentives.”

Meanwhile, Luís Mendes, geographer at CEG/IGOT-UL (Institute of Geography and Spatial Planning of the Universidade de Lisboa) and contributor to various activist groups, draws attention to the much deeper-rooted complexity in the workings of Lisbon’s city council. Mendes tells Atlas that “a greater limitation of accessible rent programs not having a social approach is the fact that they are closely tied to the urban planning department. And the urban planning department has a perspective that follows market logic and real estate dynamics closely.”

“This is largely due to a paradigm of a neoliberal city, because although we have a city council that is socialist, it is clear that when it comes to urban planning, they opt for logics that are clearly market-driven,” he says.

Mendes credits this to what he describes as an agreement made during the last municipal elections in 2017, where a deal was struck between the Partido Socialista (Socialist Party, who hold a majority) and the Bloco de Esquerda (left-wing party), which established that all major works in the city be overseen by the municipal company SRU, Sociedade de Reabilitação Urbana (Urban Rehabilitation Society), rather than directly by the urban planning department. This concentrates the decision-making on large public projects that form the urban fabric in the SRU, as is clearly the case with all PRA projects.

Mendes notes how this agreement between the two left-leaning parties, funnily enough, gave life to an organization of public governance that favors a lack of transparency. In matters of urbanism, public scrutiny seems opaque and difficult for all councilors, especially those of the opposition.

“Because these major projects all go directly through the SRU office, it is as if the city’s democracy had no say about these projects,” says Mendes.

To Mendes, this is a clear deviation from a socialist model of urban planning: private investment and incentivizing the market is given priority and social initiatives come secondary, or are a byproduct.

While the current program champions neoliberal logic, questions remain about the longevity of this model in providing long-term housing solutions — as well as the potential conflict of interests from having  private actors in the position of offering services that have historically been of the public sphere.