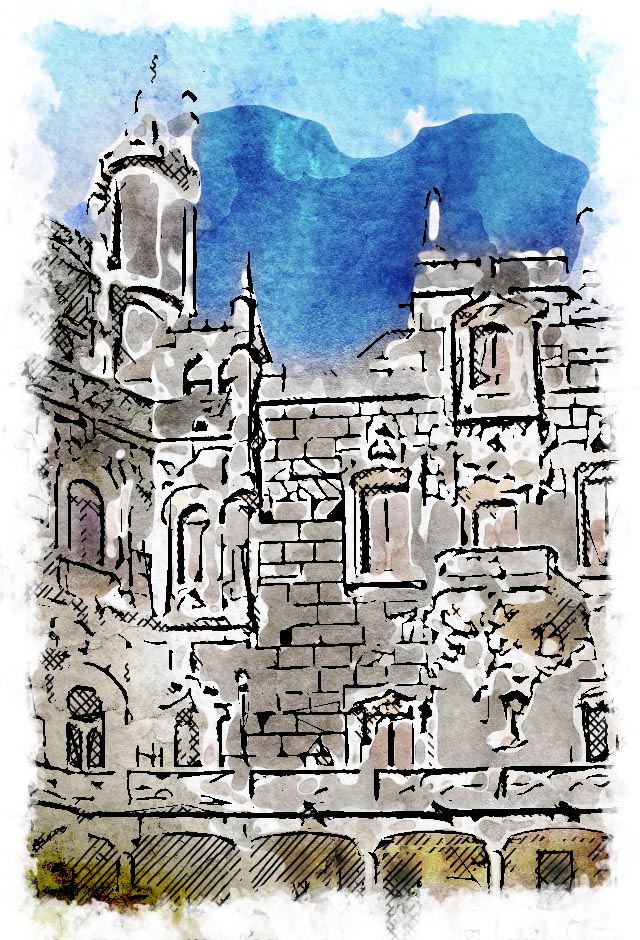 Quinta da Regaleira is one of several popular estates in Sintra and is classified as a UNESCO world heritage site. It was built at the turn of the 20th century by António Augusto Carvalho Monteiro (nicknamed Monteiro the Millionaire) with the help of Italian architect Luigi Manini.

Monteiro inherited and grew a fortune in Brazil before coming to Portugal to study law, where he quickly earned a reputation as an eccentric. In 1892, at the age of 44, Monteiro purchased the Sintra estate from the Viscountess of Regaleira and commenced construction on his ambitious project in 1904. It was mostly completed by 1910 and stayed with Mr. Millionaire until 1942, when it changed hands and was used as a private residence. The Aoki Corporation purchased the property in 1987 and kept it until 1997, when it finally moved into the hands of the Câmara Municipal Sintra. A year later, following extensive restoration, it was opened to the public. 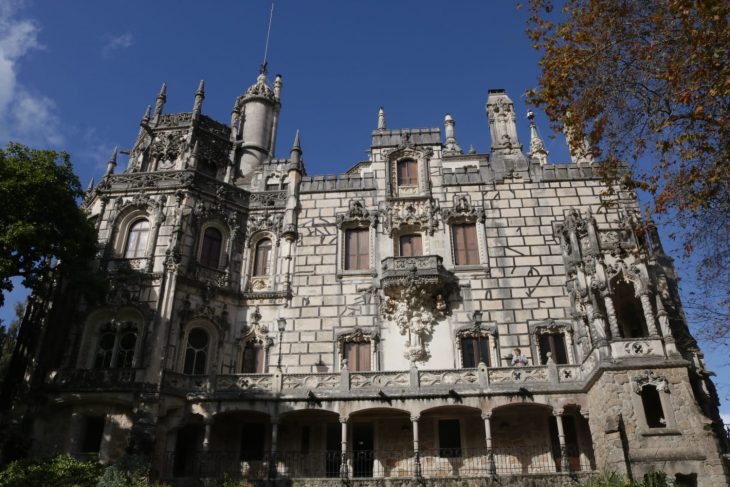 Like all good thing in Lisbon and the surrounding area, you will have to walk up a hill to get to Quinta da Regaleira. If you’re coming from Lisbon, you can catch the train from Rossio straight to Sintra every 20 minutes (more or less). From the Sintra station, it is a short walk through the old town and up Rua Barbosa du Bocage. You will pass the exit before the entrance, but fear not, for it isn’t much further.

The first building you enter is the ticket office, but even this has a unique charm that permeates the estate. From the entrance, there are several winding paths that shoot off to the key attractions that are scattered throughout.

No doubt the most prominent is the Palacio, a grand house of eclectic styles. The upper floor is currently being restored (November 2018), and the bottom floor holds a shop, but the mix of influences can still be seen from a quick nip through the dining, music, and smoking rooms.

A harder-to-find but no doubt more famous section of the grounds is the Poço Iniciático (Initiation Well). This inverted tower consists of a spiral staircase winding down into the ground with various platforms along the way. There is another, smaller well of the same design with cruder columns and tighter stairs. But what it lacks in refinement, it certainly makes up for with the eerie feeling of descending into the damp, dark earth below.

There is also an array of fountains, towers, and other unexpected oddities scattered throughout the grounds. And it was with oddity in mind that much of the estate was built. Symbols of the Masons, alchemy, and the Knights Templar can be found throughout the grounds. The estate is steeped in the occult — why do you think they are called Initiation Wells? — and you can spend hours searching out the clues.

Between the various wells, grottos, and towers, there is an extensive tunnel and cave system. Seemingly lit at random, the tunnels sometimes require you to use your flashlight (if you’re prepared) or phone light (if you’re like the rest of us).

Here is a map of the larger-than-expected estate:

They do supply you with a map upon arrival, and you should absolutely keep it handy during your visit — but even with it, there is a fair chance you’ll lose your way. A lot of your trip may be spent standing around staring at the stylized map wondering if that squiggly line is, in fact, the cave that you just passed through.

We would give you a recommended route to take through the estate (no doubt we all have a favorite), but one of the best parts of visiting is exploring. Wandering through the undergrowth, unexpected fish tanks, and elaborate cave network, you feel as if Quinta da Regaleira is one giant playground. And visitors seem to act as if it were: smiling, waving, and saying hello as you bump into each other around a dark corner or atop a twisting tower.

The Weather in Sintra is notoriously unpredictable, so make sure to pack appropriate clothing as much of the estate is outside. Also, wear decent shoes.

Dino Parque Lourinhã: An Unexpectedly Fun Thing I Might Do Again

This is the kind of theme park dinosaur lovers can really sink their teeth into.

It’s more of a cookie bite than a “ring of fire” here in Portugal, but how often do eclipses come around on the nation’s biggest holiday? Plus what else are you going to do?

Here in Portugal, we can expect to see major improvements in extending bike paths and walking trails, for starters.

Amid lockdown measures and reduced international tourism, the country’s cultural institutions are feeling the effects of the pandemic.

The Ultimate Guide to Sagres: A Surfer’s Paradise in Southern Portugal

This may be a small town, but it definitely knows how to party. And if you don’t order an ice-cold Sagres, were you even really here?