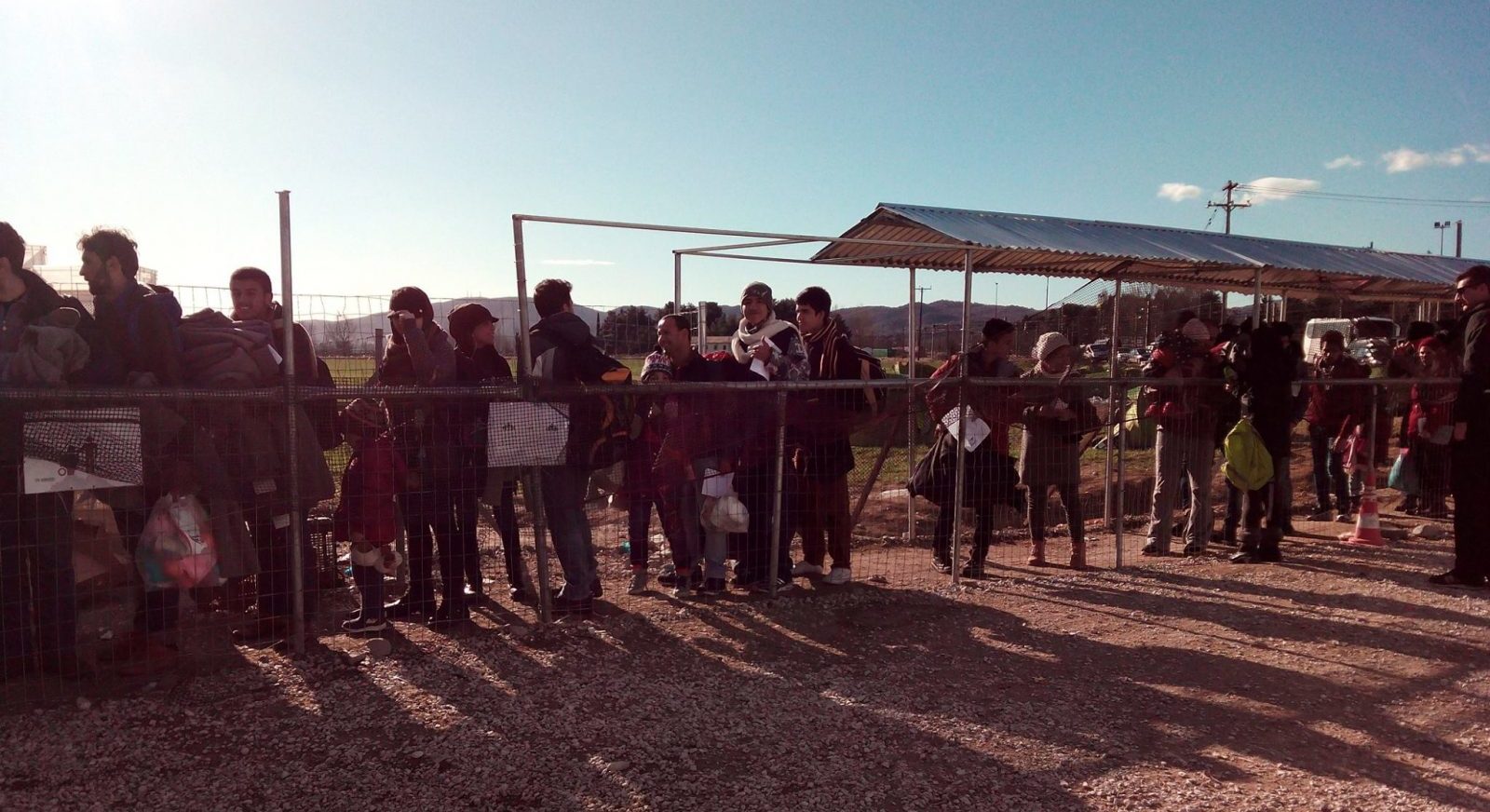 I am not an Athenian or a Greek, but a citizen of the world. -Socrates

Defining compassion goes way farther than the concepts of pity and charity. It implies feeling with the other, going beyond oneself. Not being a reflection of the other, not judging from our own individual perspective. In so being, compassion should be at the foundation of every human relationship, as by broad definition it may be the very heart of the humanization of relationships.

In essence, I am one of those humans who deeply suffers with all and everything which harms the progressively scarce compassion .

In essence, I am one of those humans who easily cries, and is equally fast to laugh, because I allow myself to be and to barely self-censor myself.

In essence, I am one of those humans who lives and acts the urge of doing in others’ aid. Thus is my essence, that which I am.

However, if asked to stop and think, and pick out one spur, then definitely no, this wasn’t the fuel that drove me to the European refugee camps. 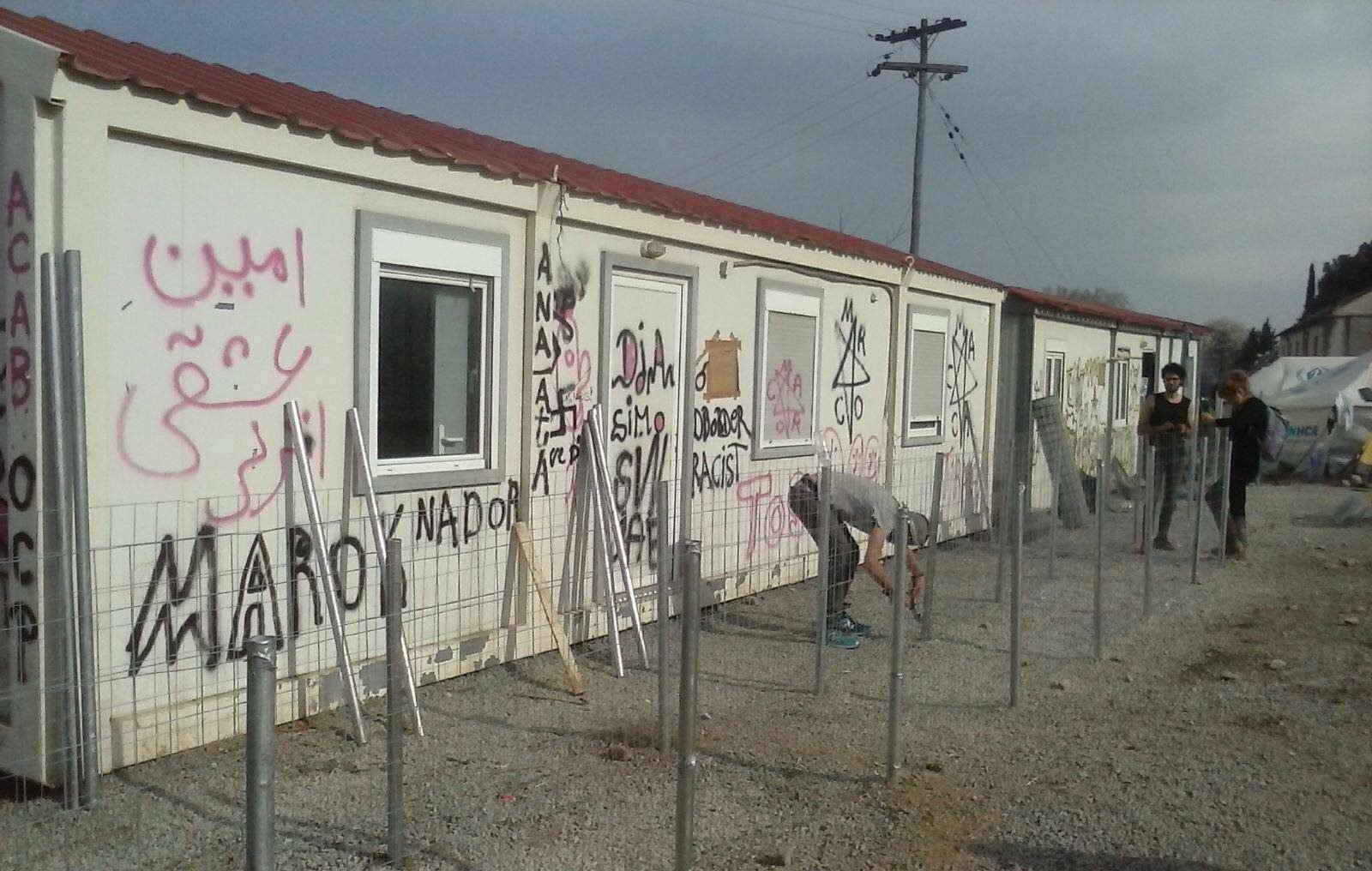 In August 2015, facing the first surge in the migratory crisis we’re still living through today, I approached the Portuguese Council for Refugees. At the same time, I was trying to clarify the legal procedures for registering as a “shelter family” — at the time, this looked like the only option I had to assist in a humanitarian problem that I believed (and still do) to be a major concern for all of us. Waiting lingered: one month, two months, three months…

November 2015 came, and I was still asking for updates every fortnight, but they never came. While I was stressing at official silence, public and virtual manifestos of profound ignorance were rising against the asylum seekers desperately knocking at Europe’s door. Ill-informed fears were steadily growing and out came the supremacist and xenophobic positions undermining the European dream that had shaped my idea for what constitutes citizenship.

I had already lost my patience , and was about to lose my mind. Anguish built in my chest like a vertigo destabilizing my faith in humanity.

In December 2015, I joined the Caravan of Hope with the Associação Famílias Como as Nossas, a small Portuguese group that was one of the first to have the courage to drive all the way to Germany and bring a family of asylum seekers to Portugal while the Schengen space was still open to movement. It was my assertion on the idea of Europe: we are what we do, not what we pledge should be done. If for that belief I’ve thrown myself into the mud of both virtual and face-to-face arguments, in my soiled hands I also carry the shame and guilt the world shares, and I owe to my words the claim of action.

I left Lisbon with the unspoken statement that I did not accept new walls dividing people, I did not recognize barbed-wire borders nor nationalities born out on paper, I did not condone the violation of the laws upon which stands a project of peace we’ve named the European Union. I did not, and I do not, subscribe to this. Not in my name. NO.

Then February 2016 came and I left behind a comfortable career in brand and project management and waved my home farewell to join the ranks of volunteers at the refugee camp that would become the largest when Europe’s borders closed in March 2016 – Idomeni.

February 5th, 2016, I arrived in Greece with Marta and Hugo, two Portuguese volunteers I had met during the first mission. We headed to Idomeni with the organization Intervolve, at the time seemingly the only organized group on the ground at the time, when Idomeni was not yet the sexy hotspot where volunteer initiatives multiplied as they did by the end of the month. No. February was actually very calm, until the night of the 20th.

I could tell you about how we struggled to keep volunteers motivated to commit with shifts on the clothes distribution, I could tell you how we pushed to find new solutions to provide when the tent of distribution was raided during a riot, I could tell you how we turned from a clothing focal point to an emergency response team, plugging all the gaps we could reach: setting up tents in late-night rain, running under piles of blankets trying to cover everyone who had no shelter to sleep, pushing medical teams to transport vulnerable and urgent cases to the hospital and at some point doing it ourselves, against all advice, smuggling food for children under our clothes during the hunger strikes. I could tell you so much about the despair we all shared while working in a camp meant to temporarily host a maximum of 1,500 people and watching it become permanent housing for 15,000 in less than three weeks, but words would never be enough.

When I returned to Portugal in May last year, I decided to redesign my life path: I gave up on the house rental and returned it to the landlord, cancelled my health insurances, sold the car, searched for short-term jobs to keep me going, and in December launched a small crowdfunding operation asking for support to raise the funds to come back to work. Asking for help, for money is not easy for me. I had holiday jobs starting when I was 13, I worked part-time jobs while at school from the age of 16 and full-time while studying since I was 19, and I began work within my subject area as soon as I graduated. I’ve also been doing volunteer work in various areas for the last seven years.

No, I am definitely not a “poor thing”, nor am I a saint. I am also not rich and I don’t have a wealthy family backing me up. Neither do the majority of the people I’ve crossed paths with along this journey. If the world were to depend only personal or family wealth to jump to the front lines… Well, we’d all be thoroughly screwed.

Help for my project came from friends, family, and fellow humanitarians all over the world: Portugal, England, Germany, Jordan, Spain, Palestine. I gathered 2000€, which covered about seven months on the ground, hoping that a miracle would come to extend the time again, and again. 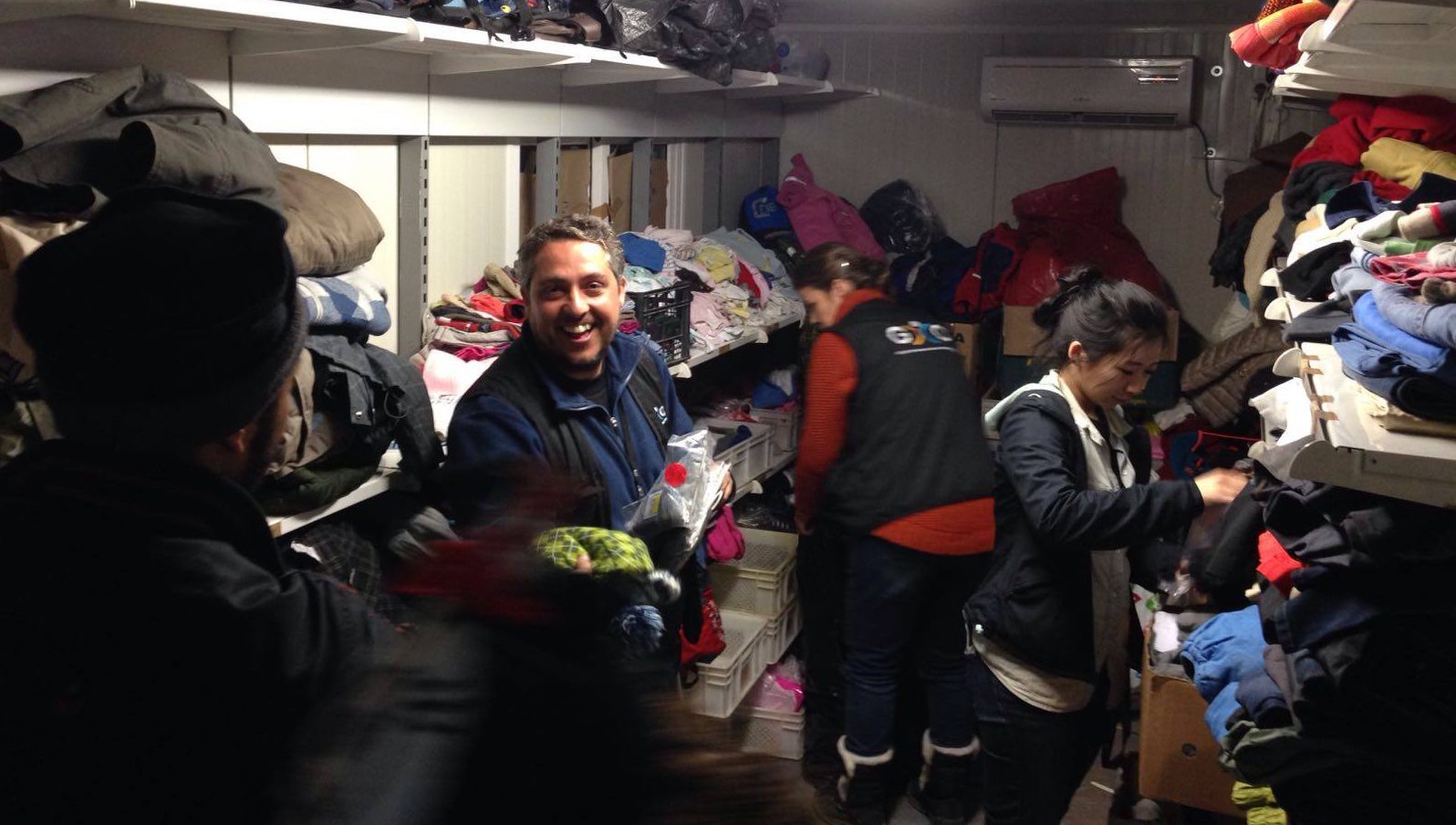 This is how I returned to Northern Greece in January this year, to be based in Thessaloniki while working with the Mobile Info Team. For four months, I have provided asylum seekers with information on their legal options, relocation and family reunification. We have also tried to assist in individual cases, connecting people with additional services or lawyers as the need arose.

That’s the job description. But what we aim to do is empower asylum seekers despite the uncertainty that their life has become since they left their homes, trapped in Greece since the borders closed last year, in a slow wait, a future on hold.

We started daily from Monday to Saturday with a morning meeting at 9h30, where we covered the recent day camp visits, discussed any issues and planned for the day. By 10h, all of us were on to our own case work. Lunch happened in front of the desk, or running to the next information session, and dinner had no set time most of the nights some of us were still working after 22h.

I have cried from frustration at cases that looked like dead ends, with families torn apart by the system. I have laughed in between cheers facing friends getting their asylum granted in Greece. I have shared the anxiety of waiting for a flight after receiving a positive decision for a relocation or family reunification.

This is not a job with daily victories, however. We don’t get a lot of good days — we barely have good news to give — but in the end of the day we go to bed knowing human dignity is also made of this. People need to eat, people need shelter, people need clothes: yes, they most certainly do! But as we provide them their basic needs, we shall not forget that what makes us who we are is our capacity to know our options, to know our way forward, and to understand both — this is what we try to provide with our work. This is why I joined this project. 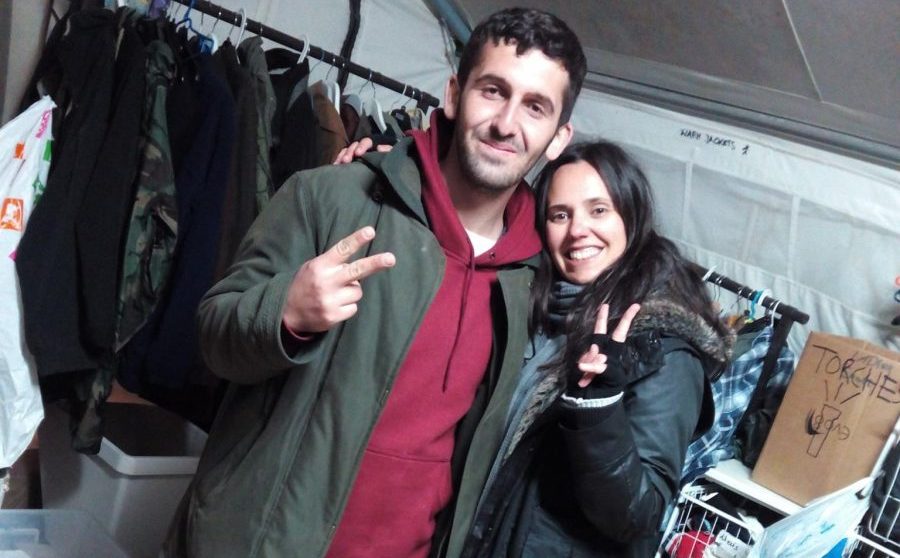 This has been my reality for four months, and I came to decide that now is the time to move to a new challenge, to embrace other field initiatives as I’d planned in the first place. But I’m leaving with my heart bursting, having gained a family I love. Try sharing the whole 24 hours of your day with 12 people for four months living in the same space and you will find out that life-lasting marriage is child’s play when it comes to relationship intensity.

While I’m making my decision for the next step, I’m giving a hand on the Food Project, providing fresh veggies to the camps all over the Thessaloniki area, and at the Soul Food Kitchen, feeding people on the city streets — asylum seekers, Greeks, whomever.

I plan to carry along this line of action for as long as I’m assisted by the goodwill of people who have faith that this is the right thing to do, and allow me a budget to continue, here or wherever need may take me – Greece, Serbia, Turkey. The place is not what really matters: I am Portuguese, and I state it aloud proudly. I come from a people whose roots do not cling to the soil, and halting is not in our DNA.