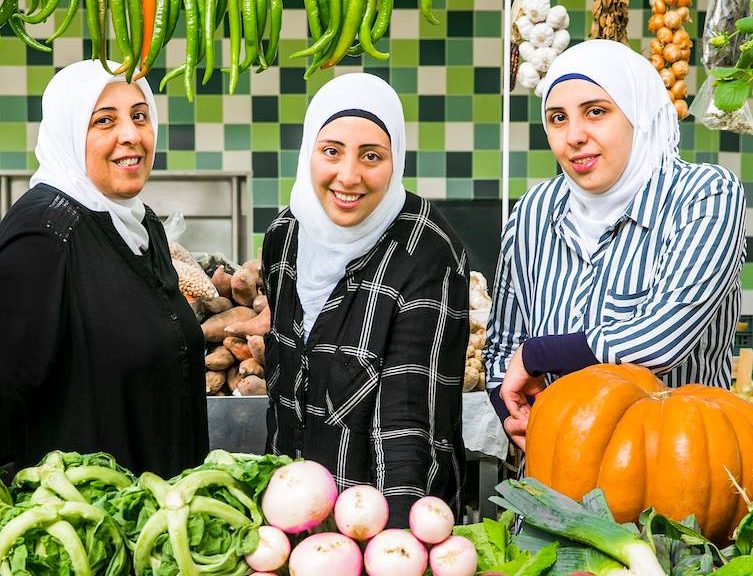 Introducing Mezze: Bringing a Bit of Middle East to Lisbon

Helping Syrian women and young men is just another day at the office for Mezze and the Pão a Pão Association.

Twelve Syrian refugees stand around a kitchen table teeming with bubbling vine leaves, aromatic baba ganoush, fragrant mint tabbouleh, a savory creamed hummus drizzled expertly with olive oil, and, of course, a basket full of bread. Eyes sparkling, they give thanks for their good fortune and clap their hands, smiling tenderly, some laughing. Two of them claim a space for dancing. 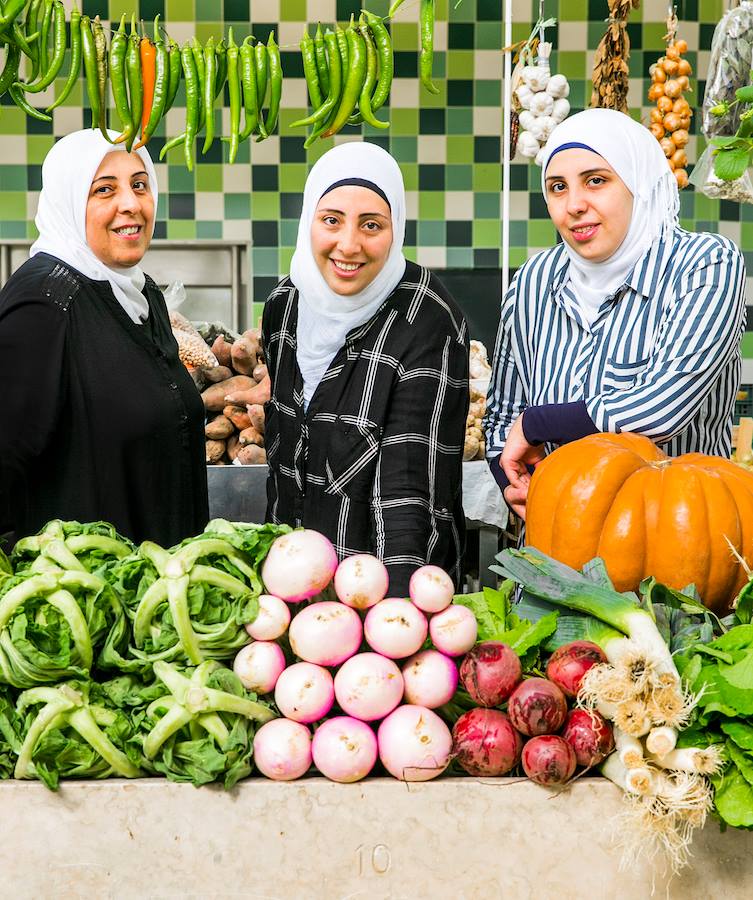 You might never suspect the horrors they have faced, what it took to get to Lisbon, and how one Portuguese woman’s idea saved them from a life with no future. In an interview with Francisca Henriques, we found out just how tough it has been getting her project, Mezze, off the ground and what its opening will mean for the refugee crisis and Portugal at large.

Alaa Al Hariri is a Syrian student studying architecture in Lisbon under Jorge Sampaio’s global plataform for Syrian students. By adding a 1€ additional fee in Portuguese student’s tuition, it covers the education of around 200 refugees and, thanks to its overwhelming success, it has spread to 10 countries in the European Union. Alaa has been here for about 20 months staying with a Portuguese host family as she attends university, which is how she met Francisca Henriques. They hit it off right away and soon the pair, along with Rita Melo, conceived an idea to broaden the scope of refugee services in Portugal: a restaurant, Mezze — Arabic for small plates typically shared.

In the middle of March 2016, the Association Pão a Pão was born when the social project consultancy Blindesign (Nuno Mesquita and Rita Melo) joined forces with Henriques and Al Hariri, to make their Syrian restaurant and training idea a reality. The association helps Syrian women of all ages and young men around 20 whose education was interrupted by the the war in their motherland.

“The boys couldn’t finish their higher education because of the situation there, so we wanted to give them a practical skill they can use to build a career,” Henriques says. “As for the women, typically they are confined to the home and don’t have a CV at all, so it is difficult for them to find work in European society.”

With the help of their partners like the Câmara Municipal de Lisboa, Alto Comissariado para as Migrações, and Turismo de Portugal, they were able to offer restaurant and hospitality training at the Escola de Hotelaria de Lisboa in food security and product management to refugees.

But it wasn’t at all easy to get up and running.

“Everything takes time,” Henriques says. “To begin with, the amount of small details that go into opening a restaurant is endless. We had no experience with equipment, legislation, and installation, for example. It has been a full-time job on top of our regular full-time jobs. But we were lucky to have enthusiasm meet our project.”

Having gained outside enthusiasm, press, 23,000€ from a crowdfunding campaign, and a little luck, Mezze plans to open at the beginning of July and employ between 12 and 15 refugees from both Syria and Iraq — and, according to Henriques, they’re still receiving CVs. The space is being completed as we speak in the Mercado de Arroios and everyone is on the edge of their seat waiting for them to open. In fact, they have already catered events for hundreds of people at a time and their video has gained the attention of thousands.

When asked about the project and what it means to her, Henriques paused, deep in thought. She finally answered, “You always start by doing something you think will help other people, but you end up doing it for yourself. You have to remember that people have dignity no matter the situation. I understood when we met that I knew nothing about suffering. These people who have lost their friends, husbands, wives, and children, will still go to your house and dance. It’s fantastic. That’s when you realize that it’s up to us to make strides toward integration. It’s our responsibility to make the effort.”

Surprisingly, Portugal hasn’t been the top choice of many refugees, even with programs like these. A startling number are in Germany. As Syrian communities are being built and expanded there, that’s the top choice for many. In fact, of the 30 Yazidi Syrians that arrived in Portugal last year, only one remains as the others have gone to join their families elsewhere.

Now, thanks to Mezze and the Pão a Pão Association, it’s possible that will change. More and more Middle Eastern refugees like Alaa will use this program to learn a skill and get off government assistance (which only lasts for 18 months), and it will in turn help them rebuild their lives. While that’s happening, Lisboetas can do what they do best: break bread and toast to good health and prosperity, and let saudade do the rest. Now that’s a recipe for success!

Hungry to make a difference? Contact the association if you want to volunteer in some way, and prepare for the restaurant to open soon.