Massive, crumbling, and marked with decades of fading graffiti, the abandoned Panorâmico
restaurant looms over Lisbon on a forested hill in Monsanto Park like a forgotten alien spaceship. 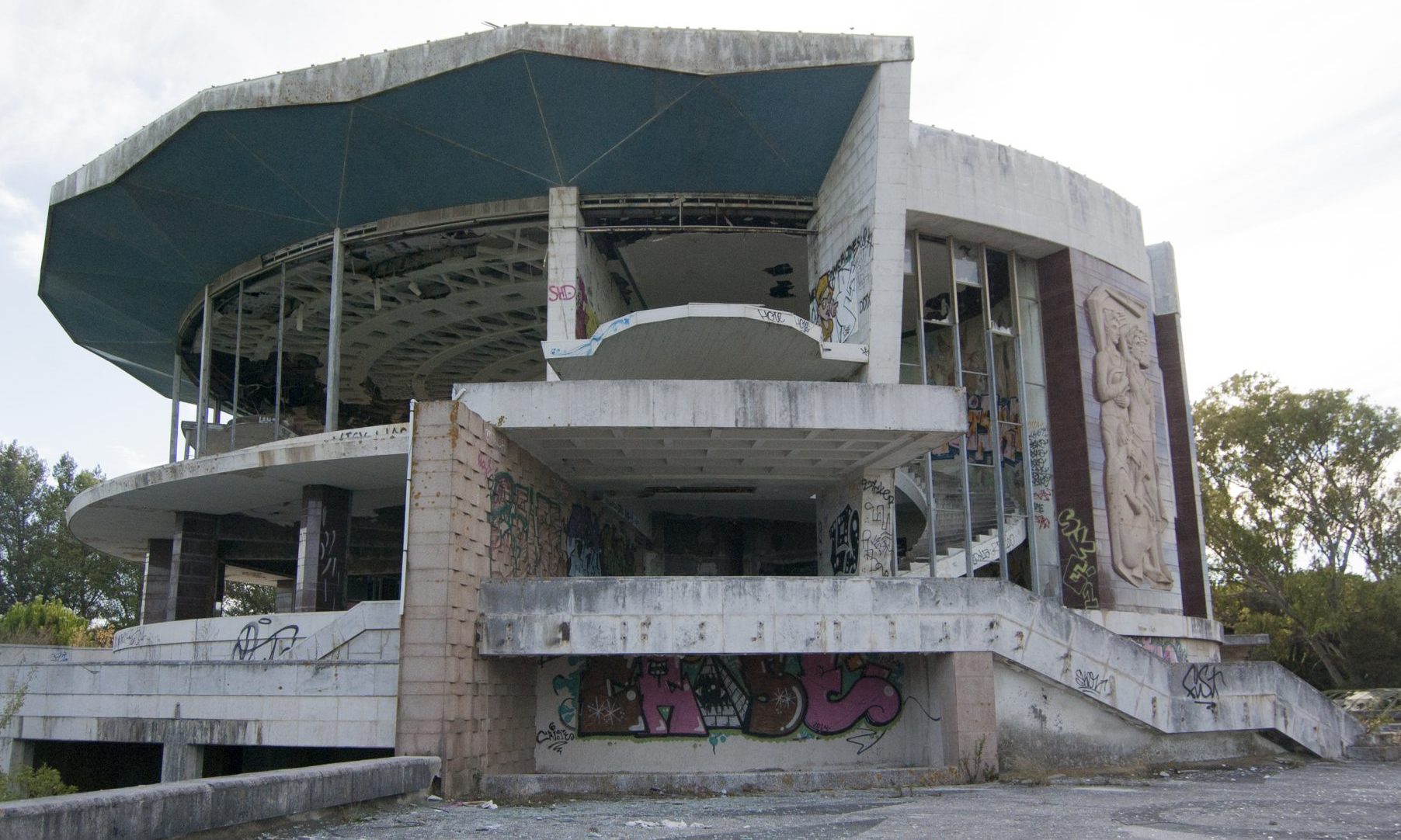 Following the innovative design of architect Chaves da Costa, the city of Lisbon began construction of Panorâmico in 1967, opening to the public in 1968. The circular building boasted wide, sweeping views of the Portuguese capital—from the suburbs to the Tejo—as it sat tucked up in the seclusion of Lisbon’s largest park. Archival photographs demonstrate the art and ambition of the newly-opened Panorâmico—expansive dining rooms, neat white tables, intricate lighting arrangements, a regal spiral staircase, and vivid ceramic mural.

Like Parque Eduardo VII or Praça do Comércio, the Panorâmico renovated an appreciation of the city and became a new wonder of Lisbon, a stunning modern landmark in one of the oldest capitals in the world. Throughout the years, the restaurant would host notable international figures, including David Bowie, who stopped by with his band for a pre-show dinner during his 1990 Sound + Vision tour.

Despite its glory and glow, Panorâmico would undergo several stark changes throughout the following decades. Financial difficulties led to its stint as a nightclub, then a bingo center, then a film studio’s headquarters, and most drastically and ironically, a sort of warehouse for construction materials. Ultimately, the isolated location, far from the city’s center and public transport lines, fed a growing public disinterest and led to the closing of the once-majestic Panorâmico in 2001. 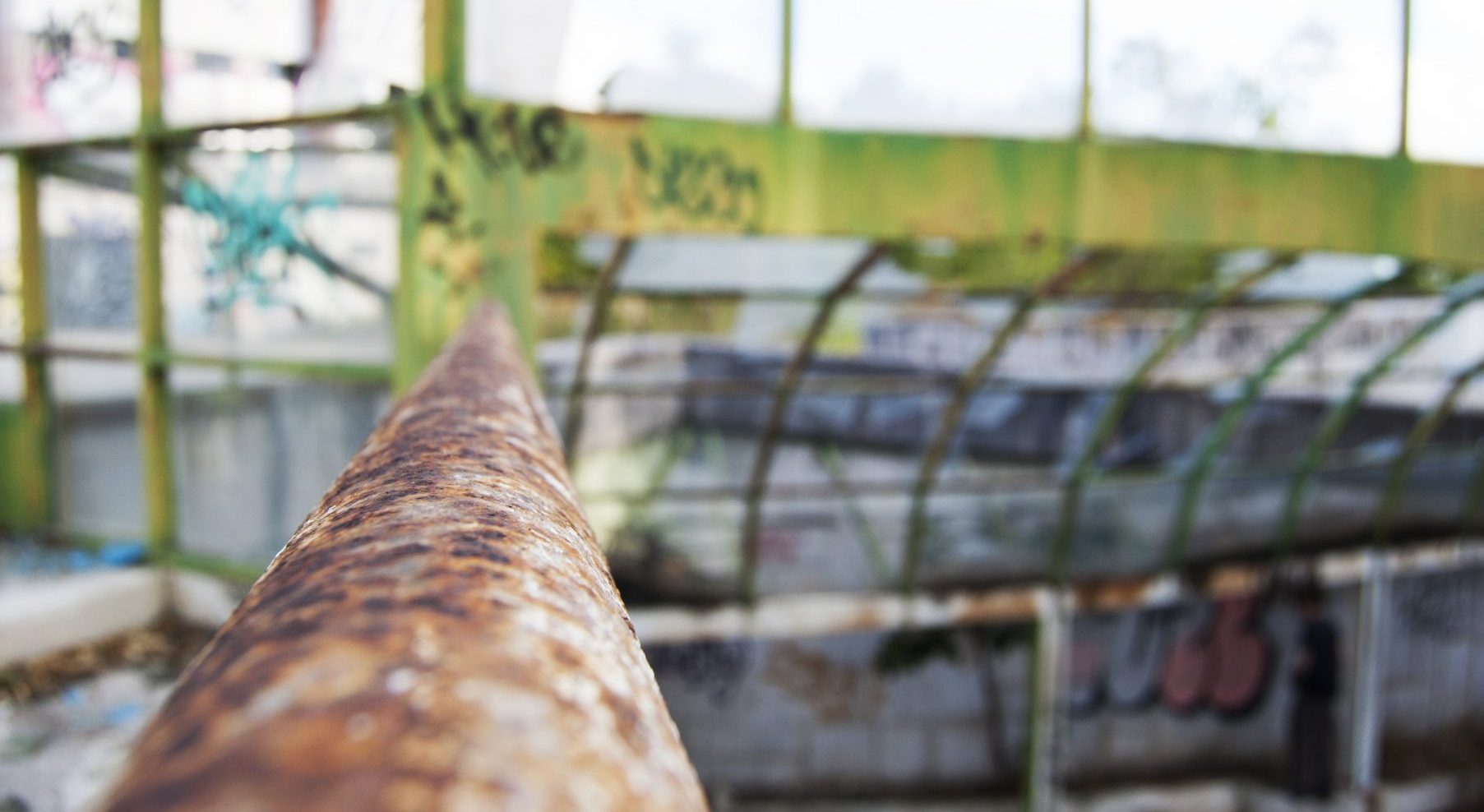 Since then, the building has deteriorated and has been trashed and vandalized with bad pro-Benfica graffiti among others. Now, the Atlantic winds blow freely through the windowless structure and plants have begun to grow through the widening cracks in the old floors. The 7,000 square meter space now stands as a sore, albeit beautiful, reminder of failed investments and wasted national ambition.

But efforts to revive the building have strengthened in past years, despite persistent obstacles of high costs and the irreparable aspect of the building’s isolation. The Lisbon Police has taken possession of the building in order to guard it against further destruction. Increased online and TV reports of Panorâmico have reignited public interest in the building and its well-being.

Most notably, in 2016, the alderman of Estrutura Verde e Energia da Câmara de Lisboa announced that there were active discussions in the city government regarding a serious strategy for Panorâmico. After the recent transformation of Aquaparque, another abandoned location, into a full-fledged garden, there is renewed hope in the local government to take some real action with this once-magnificent site.

Even if Panorâmico is reborn into a sort of museum, memorial, or even another scenic bingo venue, it will be years until it happens. For now, we can go to Monsanto and see the skeleton of this giant concrete spacecraft and the romantic vision of Lisbon it once promised its visitors, but if you climb over the fence to go inside, you had best be careful. Someone might be watching.

African Lisbon Tour: A Conversation We Need to Have

The African Lisbon Tour is more than just a tour — it’s part of a movement started by a West African immigrant to Portugal to show the other side of the Times of the Explorers and Portugal’s colonial past, right here in the capital.

Bullfighting still has a central place in Portuguese culture, despite many activist groups’ repeated demands for its abolition. Despite our reservations, we decided to explore this Iberian tradition after being invited to a show at Lisbon’s last remaining bullring.

Of all the must-haves on your vacation checklist, drinking water should probably come pretty close to the top (especially in the summer heat). And, like much of the rest of the city, Lisbon has a winding and fun relationship with the elixir of life.

TimeOut and Ribeira: The Lisbon Market With a Split Personality

Mercado da Ribeira and TimeOut Market — exploring the great divide under one roof.

This is not elevator music, this is Bossa Nova, which is being played in the bars and restaurants of Lisboa ever more frequently.

First of all, Santo António is an impostor. Yes, because the official patron saint of Lisbon is actually São Vicente.