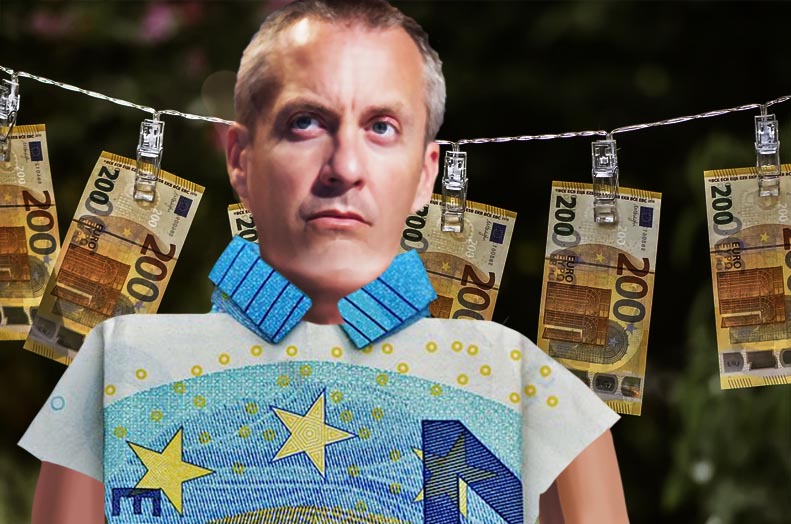 The sale may have been a flop, but Monteiro still got paid. Find out how he defended himself at the parliamentary hearing this week.

Wouldn’t it be lovely to be paid €450K to give a little advice to a few of your friends? Apparently, that’s what happened with Sérgio Monteiro, Secretary of State for Transport for the PSD government over 26 months from 2015 to 2017 as a consultant to the Banco de Portugal. His advice played an important role in the eventual sale of Novo Banco (NB) to the US vulture fund Lone Star— a deal which has been heavily criticized ever since, according to Essential Business.

Expresso reports that in the parliament hearing this past Tuesday, April 13 that looked into NB’s losses, Monteiro stated, “The global value is 450K euros, which, for the 26 months, gives an average of 17.5K euros gross, multiplied by 12 months. It was not an employment contract.” Monteiro’s monthly earnings are allegedly the average he had earned as director and administrator of Caixa Geral de Depósitos before accepting his government post in 2011 under Pedro Passos Coelho.

This amount pales in comparison to the more than 500K euros-worth of contracts that NB published on its Base portal, as per the publication. To this point, Monteiro said, “There were some contracts that were not executed, they were revised downwards.” Right.

According to Expresso, Monteiro testified that the banking authority approached him in 2015 to have a meeting with Carlos Costa, the governor of the Banco de Portugal from 2010 to 2020, and Hélder Rosalino, current Administrator of Banco de Portugal and former Secretary of State for Fiscal Affairs under Passos Coelho (the same government Monteiro served). By the time the conversation occurred, the Banco de Portugal had already planned to sell 100% of their stake in NB’s Resolution Fund. Three ensuing purchase offers from Anbank, Aopllo, and Fosun were deemed unsatisfactory in the eyes of the central bank, under Monteiro’s guidance.

A new sale process started at the end of 2015, in which Monteiro told the MPs in the parliamentary hearing, “I was asked to coordinate the operations of a team that already existed and carry out the objective of selling, in the form that was to be decided later,” Expresso reports.

In October of 2017, under Monteiro’s supervision, 75% of Novo Banco’s capital was sold to Lone Star for 0€ with the stipulation that the American bank would inject one billion euros into NB.

Expresso reports that the sale was made with the creation of a contingency capital mechanism, allowing the Resolution Fund to inject up to 3.89 billion euros to cover losses on several key assets for which Lone Star did not want responsibility. According to Essential Business, the effect of these losses has had a negative impact on the bank’s capital ratios ever since.

Banco de Portugal hired Deutsche Bank as a financial advisor on this failed process— one in which the contract had a value of 3.5 million euros. That’s far less than the 5 million paid to BNP Paribas, according to the publication, but what’s a few million among friends.