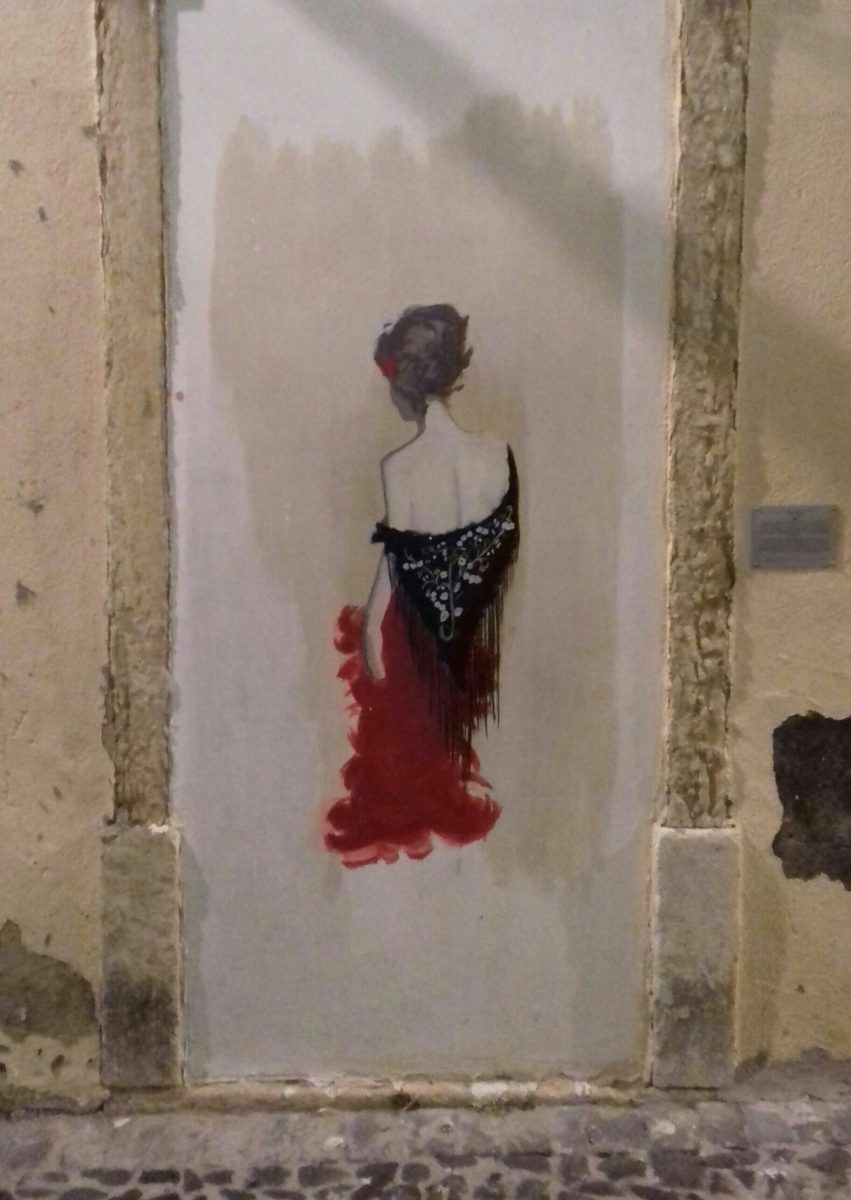 Severa: Fate of a Prostitute and Birth of a Fado Myth

Born to a gypsy father from Santarém and a famous prostitute nicknamed A Barbuda (the bearded) from Portalegre, Severa's exotic beauty and dramatic singing style, attributed to her gypsy blood, won the capital’s bohemians over.

In the heart of Mouraria you will find Largo da Severa, named after Maria Severa Onofriana, prostitute and singer, who according to the many accounts from the era made a huge impression on her entourage, mostly on men, in her very short life (1820-1846). Severa broke many conventions of the time, and it’s fair to say that fado, at least in its Lisbon version, would be totally different if it weren’t for her.

Severa was born to a gypsy father from Santarém and a famous prostitute nicknamed A Barbuda (the bearded) from Portalegre. Her exotic beauty (probably not taken after her mother) and dramatic singing style, attributed to her gypsy blood, won the capital’s bohemians over.

According to certain theories on its origin, fado is a genre tinged with influences from overseas. African? Brazilian? No one knows for sure, but it’s inseparable from the urban context where it was born: Lisbon’s old districts. This is reflected as a recurrent theme in fado lyrics.

The first fados would have appeared in the 19th century in the Moorish district of Mouraria, which back then, as well as more recently, was characterized by prostitution, a strong migrant community, and poverty. Severa used to perform in several haunts on and around Rua do Capelão, most of them linked to prostitution. But the music made its way into the aristocratic salons and was eventually embraced by the social and intellectual elites of the time, thanks to Severa’s many romantic relationships.

Especially the one she had with the Duke of Vimioso, D. Francisco de Paula de Portugal e Castro, who was completely enthralled by her singing and guitar-playing. Severa would often accompany him to bullfights in Campo de Santana (today’s Campo dos Mártires da Pátria), which would end up giving her the exposure she would never have gained just by singing in the taverns of Mouraria or Bairro Alto. The genre also gained a status it never had before. Severa became an incarnated form in fado, still very much alive nowadays.

Many tales were told about her, where myth and truth are hard to differentiate. But written contemporary accounts of her existence are scarce:

The poor girl was the most interesting fadista, like Mouraria will never have again!….It will be difficult for another Severa to appear, haughty and impetuous, so generous as ready to punch the face of whoever would act rogue on her! Brave, full of affection for the ones she cared for, as well as rough to her enemies, She was no ordinary woman, you can be sure of that.

Writer Luis Augusto Palmeirim (1825-1893) only met Severa once, but it was enough for him to

…never forget the slender girl with fire in her eyes and a plaintive resonant voice, and in spite of these apparent seductions, abrupt buffeted manners that advised her interlocutors to stay out of reach of a “misfortune.”

Palmeirim describes in his memoirs Os Excêntricos Do Meu Tempo (The Eccentrics of My Time) how he called on Severa in her Bairro Alto dwelling:

When I entered Severa’s house, a modest dwelling of the vulgar type her unlucky peers inhabit, there she was, smoking, leaning back on a straw couch, wearing polishing slippers dotted with red twine, a silk flowery kerchief on her head and the sleeves of her dress rolled up to the elbows. She was a rather swarthy, thin, nervous woman, remarkable for her magnificent peninsular eyes. On the gaming table laid a guitar, the inseparable companion to her triumphs; and hanging on the wall (common sacrilege in houses of that kind) an awful print depicting our Lord of Passos da Graça (popular invocation of Jesus Christ originating an annual procession).

Miguel Queriol wrote in the newspaper O Popular about a group of bohemians’ nocturnal visit to the palace of Duke of Vimioso, where Severa performed.

If I remember correctly, she was a slender attractive girl, lush dark hair, with a casual allure without exceeding the conveniences of her position towards who was helping her, dressed clean but modestly, not reminding us of the disgrace of the class which misery more than vice has pushed her into and whose shyness made her look uneasy in the social milieu she found herself there


There is not one known portrait of the “mezzo-soprano from the conservatoires of vice,” as one of her contemporaries dubbed Severa. This absence of details about her life and appearance adds to the aura of mystery surrounding her. One thing is for sure: Severa died of tuberculosis, apoplectic in a tawdry brothel on Rua do Capelão at the early age of 26 (I know what you’re thinking — one year short of joining the infamous 27 club). She was buried in a mass grave in Alto de S. João.

Severa’s fame kept growing after her death. Much of it has to be credited to the writer Júlio Dantas and his novel A Severa, adapted to the stage in 1901 and the cinema in 1931 by Pedro Leitão de Barros in what would be the very first Portuguese sound film.

One of the songs off the soundtrack was Novo Fado da Severa (Rua do Capelão) by Amália Rodrigues, who also incarnated Severa in the 1955 stage adaptation of Júlio Dantas’ play.