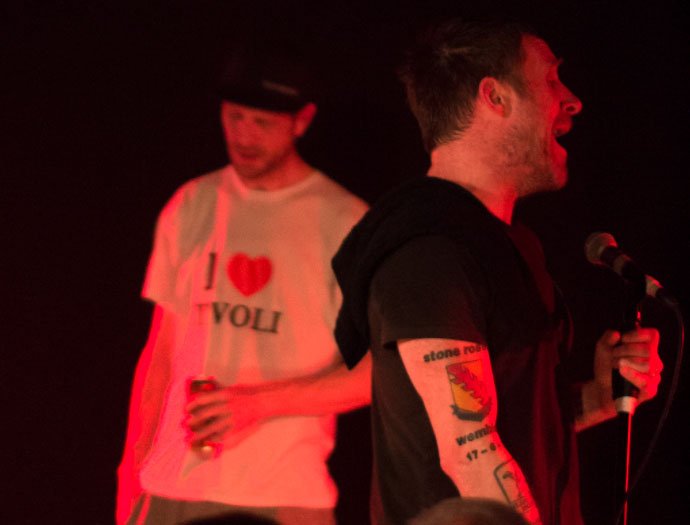 When I found out about this concert, I hopped on my bike as soon as I finished work to purchase two tickets in the knowing that it would inevitably sell out and that it would be a special experience. Having never been to a ticketed gig in Zé dos Bois before, my companion and I set off “early” to try to catch a glimpse of the lads at soundcheck, but alas, Lisbon life got in the way once again to alter our course, this time downstream to the river bank for an enticing pre-gig beer lit by a booming orange sunset.

One hour later we binned the bottles and set off for Bairro Alto. Routinely trudging our way up Rua do Alecrim, gathering our breath at Praça Luís de Camões and finally fumbling over the cobblestones for the last uphill stretch. No matter how many times I visit the pubs in Bairro Alto I can never quite distinguish the 4 (or 5, or 6?) parallel streets from each other so we called in the assistance of the Atlas app as we stood a mere 100 meters from the doors of the venue. 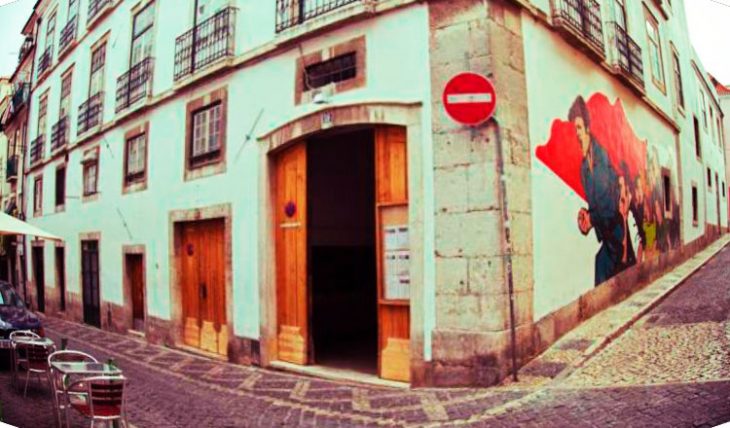 As we entered the venue and showed our tickets we were immediately enticed towards the gallery rooms that had an array of weird and wonderful exhibitions. A short meander and one last cigarette on the rooftop terrace later and we descended into the cave below. The gig started and the crowd needed warming. As Jason Williamson (vocalist) stood, right arm forward, wrapped around the microphone, he proudly displayed a collection of tattoos, nearly as strange as his power stance and jittered movements.

As the energy built in the room, so did the MC-esque, rave-inspired noises from the mouth of Williamson and after a short time, the true fans came out of their shells and confidently shouted out the hooks and sang along to the choruses. A bizarre sight to witness, as a native English speaker and someone who is not all unfamiliar with British slang, as I tried and struggled myself to make out the words. One thing was clear however, it didn’t matter all that much because everyone there was riding a wave of understanding that this was something different and a “fuck you” to the conventional way of things. 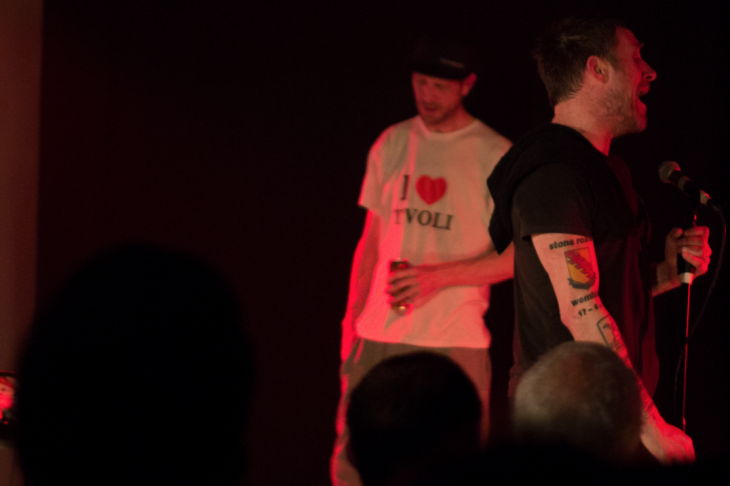 “I’m not taking any drugs tonight,” Williamson said as the duo looked to side stage and waved at the backstagers with a smile before proceeding to dance the dance of a man not far estranged from a late night session. I looked to my right and was met by “resident drunk guy,” or so I thought, swaying back and forth in time to the quick paced, punk-inspired beats. I took a little note and to my surprise, he smiled and asked: “you writing some lyrics man?”. Put back in my place for a quick judgment and straight back to bopping up and down in sync. 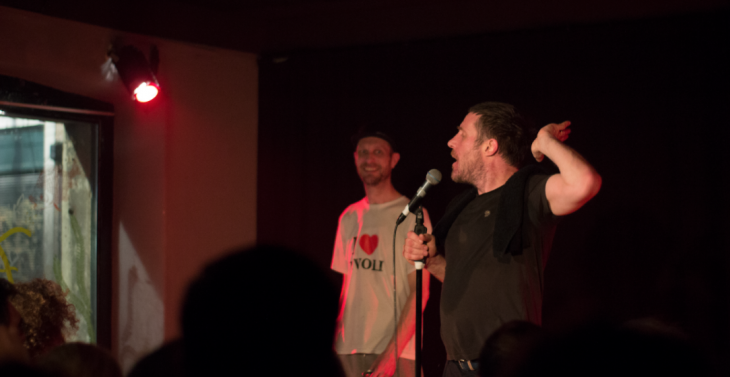 The poetically punk hooks infected the room and made everyone rethink their next visit to the UK and as the short set came to an end Williamson casually joked about the conventions of an encore and thanked the crowd for their participation. Like the most poignant of punk songs the gig was short and very sweet and as the crowd filtered back out to the cobbled streets of Bairro Alto there was an unspoken agreement in the air that something special had taken place. All in all, the gig left me with a hunger for more and a need to return more often to Zé dos Bollocks… sorry, I mean Bois!