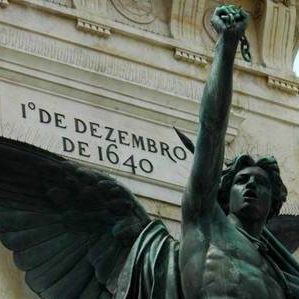 December 1st: A Celebration of Defenestration

Charles I of Spain married Infanta Isabella of Portugal in 1526. Their son, Philip I, took the Spanish throne in 1556 with every intention of uniting the entire Iberian Peninsula under his rule. Remember what they say about marriages from Spain? 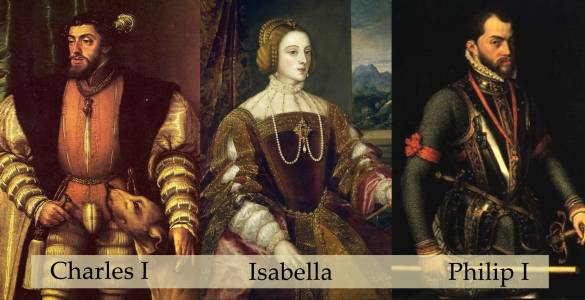 In 1578, the Portuguese King Dom Sebastião disappeared during his crusade against Morocco. His uncle D. Henrique took over the throne but died just two years later. With the crown up in the air, Philip I launched a military occupation of Portugal that defeated some serious opposition at the Battle of Alcântara. He became king of Portugal in 1581 but allowed the country to maintain autonomous law, currency, and government. That status quo was maintained by his son Philip II from 1598 – 1621.

Things went sour after Philip II’s son, Philip III, took control. Over the next 19 years he incrementally tightened the screws. He raised taxes on Portuguese merchants, limited Portuguese influence in the Spanish courts, and placed Spaniards in positions of power in the Portuguese courts. Once the Portuguese nobles had basically lost all but their titles, they decided that enough was enough and organized a revolution, as one does.

At 9 in the morning, the Forty Conspirators entered the palace of the Secretary of State Miguel Vasconcelos in Terreiro do Paço, thirsty for blood. Vasconcelos had hidden himself in a closet. It didn’t take long to find him. Vasconcelos was shot and thrown out of the window (or defenestrated), offering the angry mob outside an opportunity to get in a few post-mortem blows.

Next, the Conspirators surrounded the headquarters of Margarida of Savoy, Philip III’s cousin governing in his name. The benevolent revolutionaries allowed her to flee the country and return to Spain.

Immediately following these events, the Duque de Bragança was given the title Dom João IV due to his direct lineage to the throne. João wasn’t exactly the royal type, as he was quite modest in character and lacked a lust for the crown. Legend has it that his wife, Luisa of Guzman, begged him to accept the honor. She said, “I’d rather be queen for one day than duchess for a lifetime.” Some gals have all the luck. Then again, he wasn’t much of a catch otherwise.

Every year on December 1st, memorial events take place both in the Palácio da Independência and at the Praça dos Restauradores. Unfortunately, Atlas is still in the dark about which window should be honored in Terreiro do Paço, but if we get wind of it, we’ll let you know.

Want to see the meeting place of the defenestration masterminds? Check out Palácio da Independência at Largo de São Domingos (next door to Teatro Naçional). Its visiting hours are Mon – Fri, 10h to 13h and 14h30 to 18h30.