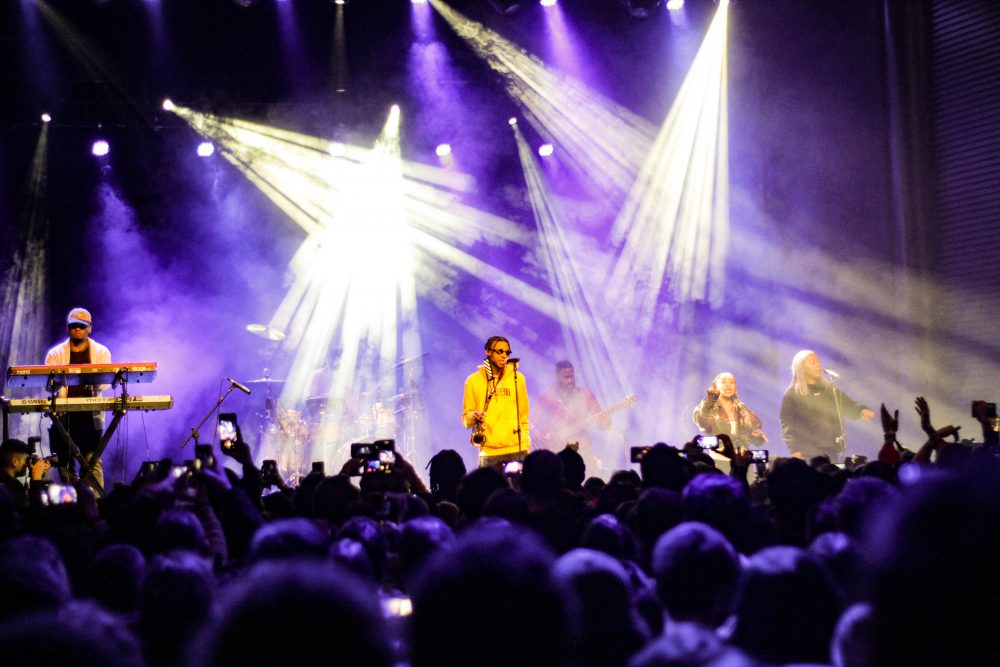 The End of the Lineup: Super Bock em Stock

The festival season in Lisbon is a long one, with the last chords strum well into winter. Luckily, the fields have been left behind and this end-of-the-line festival is held in Lisbon’s center.

The festival season in Lisbon is a long one, with the last chords strum well into winter. Luckily, the fields have been left behind and this end-of-the-line festival is held in Lisbon’s center. The event has been Vodafone Mexefest for the past seven years, but 2018 saw a return of its original title: Super Bock em Stock.

It is spread over two days and a multitude of venues around Avenida da Liberdade — for those of you who don’t know it, this is a very fancy area. Any multi-venue festival has some pretty serious logistical problems to overcome, and Super Bock em Stock was no exception.

Estimating how many people will see what, and when, is a difficult thing to do, and unfortunately led to significant queues for some of the more popular acts. Notably, Masego performed on the swanky Bloco Moche stage, and despite us arriving before the performance started, there were already hundreds of people waiting to get in. Even as the gig was coming to an end there was still a queue snaking through the carpark and to the road, with no hope of making it in. The congestion was also a problem in Casa do Alentejo, where even getting in the door was often impossible.

So, should you be mad? Should you take to the streets and shake your fist at the sky in defiance of this obvious injustice? Maybe.

But to tell you the truth, it couldn’t have been done any other way. Waiting in line is frustrating, but they existed because the venues were beautiful and the musicians great. Anyone who has been to Casa do Alentejo knows how decorative the space is. And the high level of quality held true for many of the stages such as Palacio da Independencia, Teatro Tivoli, and “Sala Radio SBSR,” which was constructed on the side of Rossio station.

Furthermore, the festival made sure to try and add a little something extra to the two-day event and kitted out a bus that took you from venue to venue. This hosted its own DJs and live bands, and made the inter-stage trips slower but more enjoyable.

The bands that Super Bock em Stock hosts are what most would consider mid-level. Meaning very few massive names (Jungle, Johnny Marr, and Capitão Fausto) but a whacking great load of brilliant, lesser-known musicians. This makes for two days of discovery, rather than traditional gigs, as you wander from stage to stage stumbling across interesting acts.

Sometimes you hit gold, with my personal highlight of the festival being Éme. This started with one man and his guitar as a somewhat traditional singer-songwriter, but he was soon joined by a guy on keys and a drum machine. Eventually, a bassist and ukulele/flute player were also on stage. All of them looked… quirky. They performed an imperfect set with technical difficulties and false starts, but this drew the audience in and made for a spectacular show.

Some of the venue/musician pairings were questionable, leading to either over- or under-capacity gigs. Additionally, some sit-down gigs had over-the-top lights and smoke (I’m looking at you Public Access T.V.), while other more dancey acts were seemingly without effects.

That said, sometimes everything came together just right. One example was the beautiful solo performance of Holly Miranda, whose singing, guitar, and piano was perfectly accompanied by an almost pitch-black stage, wonderfully placed spotlights, and hosted in the stunning Teatro Tivoli.

Considering the awesome locations, the relatively low cost (it works out at less than 1€ per performance), and high quality of music, this is certainly not a bad way to wrap up the 2018 festival season.

[All Photos by Eddie Ivers]