Atlas were out and about in force this year at Super Bock Super Rock 2018, to hear the bands and see what our friends from the Underdogs Gallery have been up to. Here are some highlights!

What do you get when you get a writer, a photographer, and an artist together and send them to a music festival? Well, a report that probably looks a little something like this one:

Atlas were out and about in force this year at Super Bock Super Rock 2018 to hear the bands and see what our friends from the Underdogs Gallery have been up to. With quite a mixed lineup on the cards and a somewhat different layout from last year’s, here are some highlights from SBSR 2018. 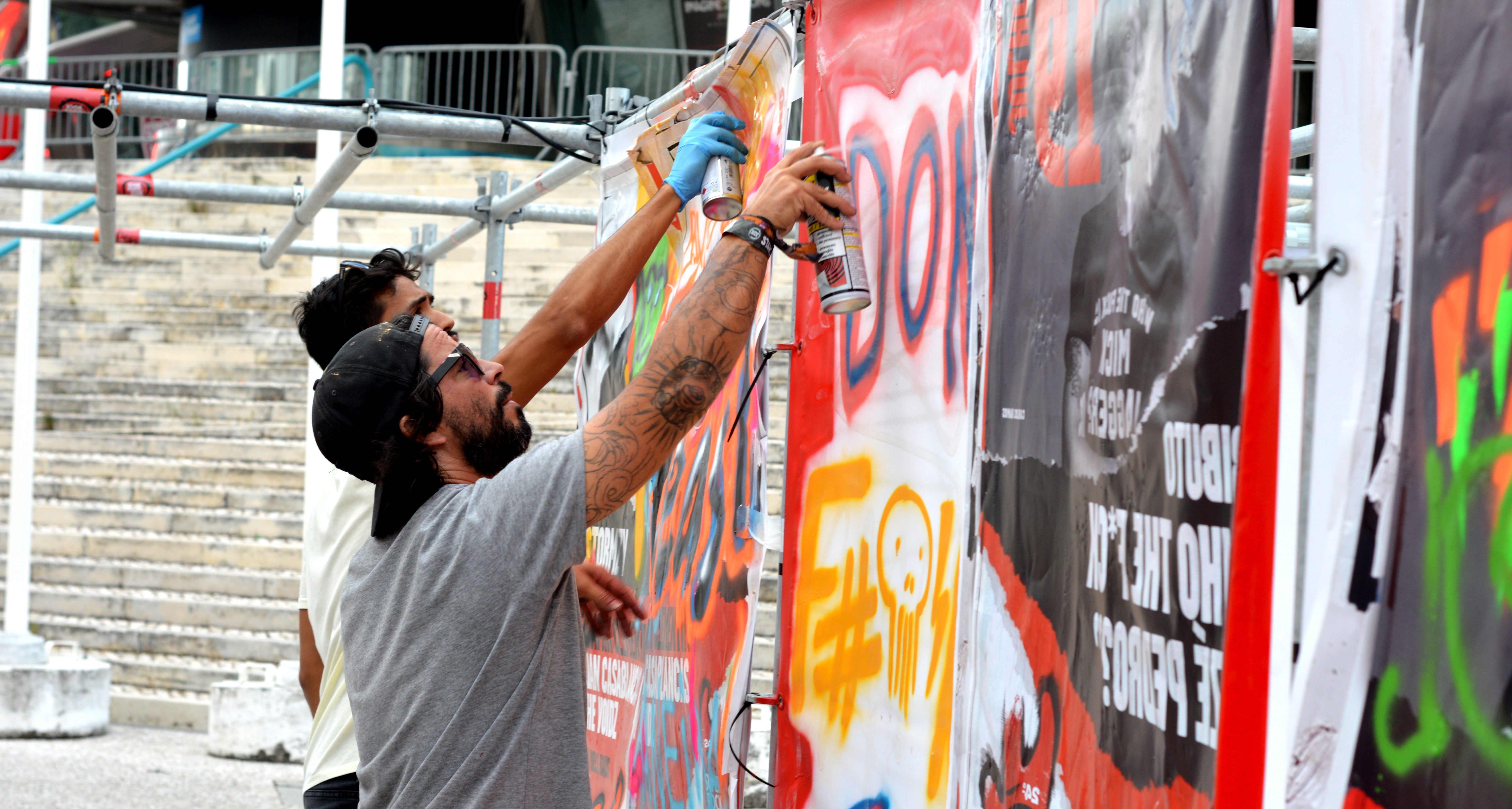 First point of contact with the Underdogs gallery was Catarina “Glam“‘s woodwork installation at the main entrance, which stood high and proud sporting the color palette of the festival. This piece was a nice example of woodwork aesthetic developing here in Lisbon at the moment with artists like Catarina and Mario Belem.

Next port of call was the open graffiti workshop, run for the second year in a row by Gonçalo Mar, where guidance, walls, and spray cans were provided for anyone to come along, learn, and create their own masterpiece. There was a nice vibe to the area and from what I saw — other than the array of selfies — there was a good majority of kids taking part. This interactive art piece became even more interactive later on in the night when the kids returned, this time to ascend the scaffolding like monkey bars for a fully artistically interactive experience. The gallery definitely got a more prominent position in this year’s festival and we hope to see that grow again next year! 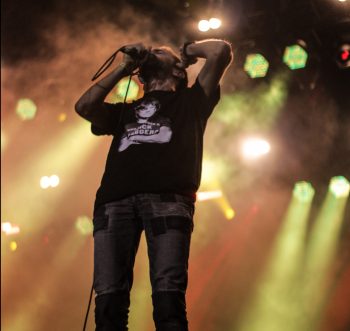 The first act of the weekend on the main SBSR stage opened up with the distinctive guitar strumming of “London Calling”, and so the festival and tribute to Zé Pedro (guitarist of Xutos e Pontapés) began.

The tribute featured an impressive host of Portuguese music icons, including Carlao (Da Weasel), Manel Cruz (Ornatos Violeta), Rui Reininho (GNR), and Joao Pedro Pais, just to name a few, each with their own personal story about Zé Pedro.

Not only were there influential names in the lineup but many direct relatives and band members’ relatives as well, to add to the personal experience of it all.

As someone who previously knew very little of the Xutos guitarist, it became very evident throughout the show how influential and highly regarded he was in not just rock n’ roll but the music scene in general in Portugal. 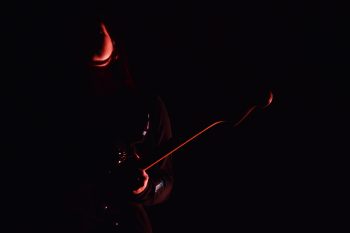 The fans swarmed around the stadium, most of then wearing the now iconic “X” band T-shirt associated with the band, and an excitement was building.

This was the last European date on their nearly two-year-long tour and you could feel from the band members that emotions were running high throughout the show. It was very refreshing to see how they have combined the new songs with many of their “classics” in the set, which have been adapted for bigger, more energetic shows, and they got more than the response they expected from the passionate Portuguese crowd.

“The decision was mine” to stay right to the end of this slightly bizarre performance that brought the audience on what seemed to be a whirlwind of inner emotions. Clementine kept the crowd mesmerized with his powerful voice while giving glowing smiles, messages of appreciation, accidentally speaking Spanish, and demanding “silence!” — or the band would leave the stage he said.

It was a real rollercoaster and finished off in a just as bizarre a fashion with a stand-off between himself and a member of the audience, screaming back and forth “the decision was mine.” All in all, this was more of a performance piece than just another festival concert.

Grime music from south London resonated in Portugal where “the people just might not get it yet,” and it proved a great success. Stormzy had the early time slot — 20:00 — on the main stage, but this did not hinder the energy he brought. After a strange introduction from his fellow “Energy crew” member, DJ Tiiny, he bounced out on stage, doing a good job of filling a large empty space with his charismatic stage presence and hyperactive dancing.

Stormzy himself seemed as surprised as the rest of us with the connection between himself and the crowd, and after he finished his set with the iconic “Shut Up,” he proceeded to rally up and down the barrier handing out hugs and himself for selfies.

One a.m. on the final night and the weekend was catching up with us, but we made our way to the Somersby stage for a set by Sofi Tukker that well and truly shook off the drowsiness with some catchy hooks and bouncy beats.

Tukker’s set was high energy and just the right amount of fun to end our night on. 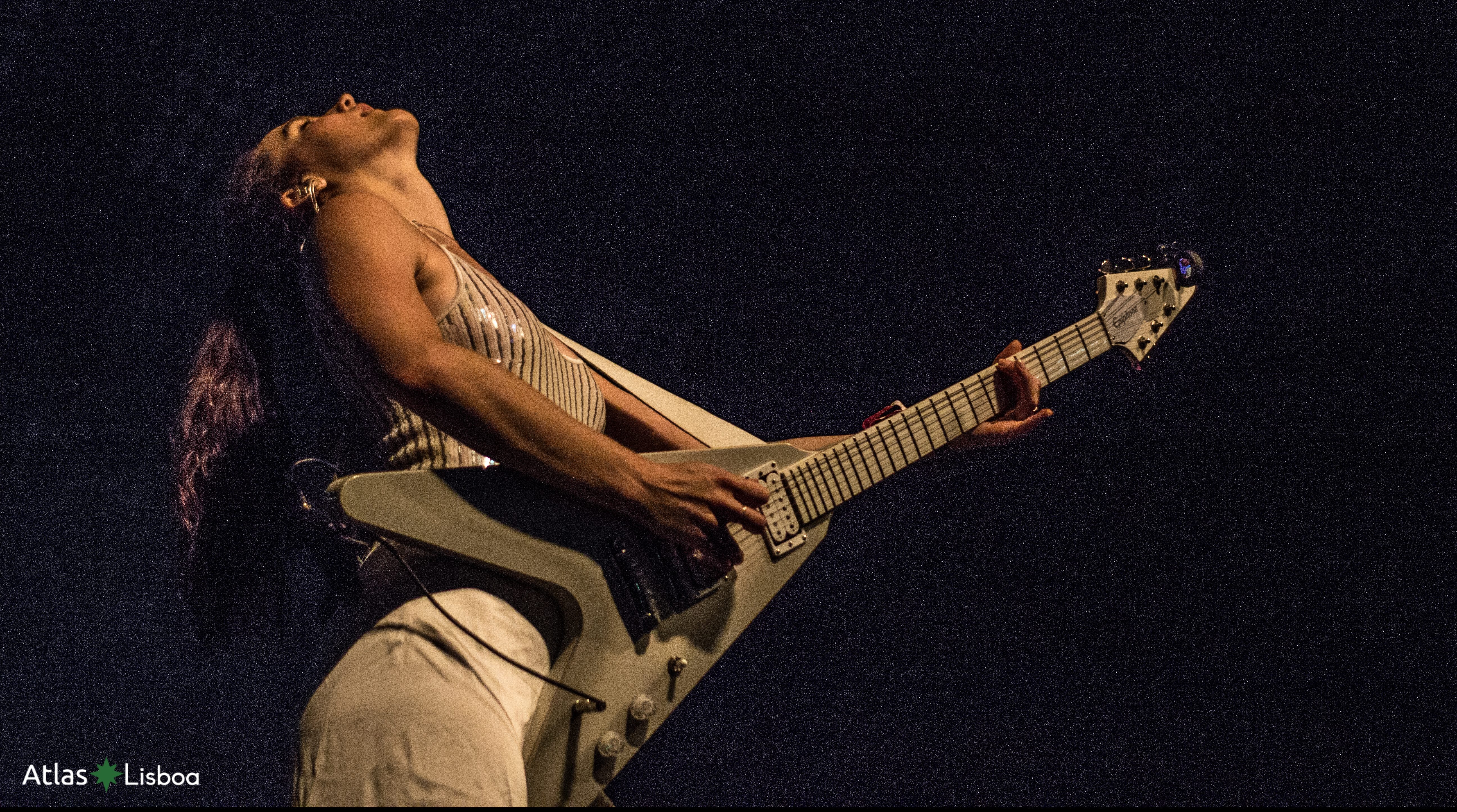