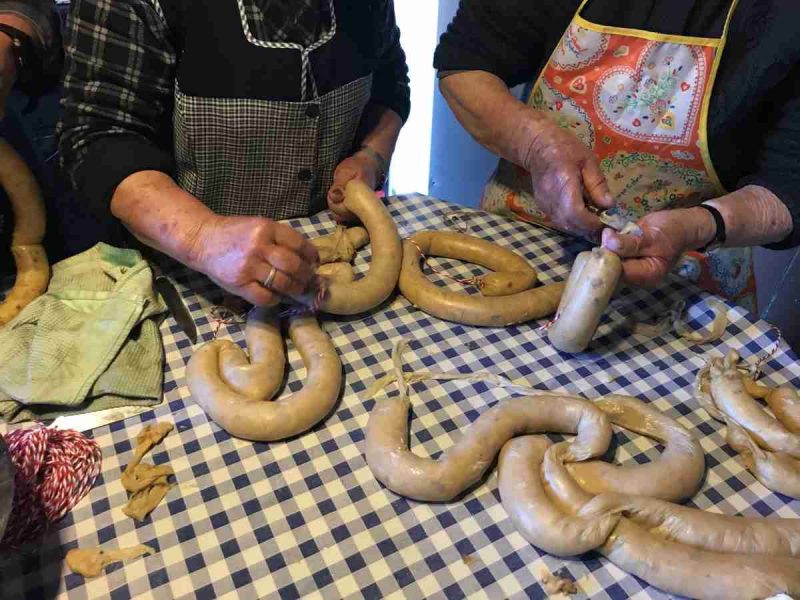 The Age-Old Tradition of Alheiras in Trás-os-Montes

After a six-hour-long bus ride that departed from the Sete Rios bus depot in Lisbon, we arrived in Mirandela. The city is located approximately 430 kilometers northeast of the Portuguese capital, in the region of Trás-os-Montes. My partner and I set out on this excursion with the grand objective of taking part in the age-old tradition of making alheiras.

If you’ve ever ordered an alheira in a tasca, you will recognize it as a fried sausage accompanied by french fries and rice, and topped with a fried egg. However, in Trás-os-Montes, where the sausage is originally from, it’s served quite differently.

Alheiras have a long history in Trás-os-Montes’ tradition:  it’s believed that it was created by the Crypto-Judaic community who found refuge in the region during the Spanish Inquisition in the 15th century. Historians recount that some Jewish communities who fled Spain during the Inquisition settled in Portugal, and when the Inquisition crossed over to the Portuguese side of the peninsula, many Jewish people were forced to convert to Catholicism — or risk being burnt alive.

Many of the so-called New Christians (the term used to refer to supposedly recent converts) continued practicing their Jewish traditions in secrecy while going to church and maintaining a Catholic facade. These families of New Christians were under intense scrutiny and were closely watched to ensure that they had truly immersed in Christian tradition.

One way onlookers assessed this was by verifying if the new converts ate pork, taboo in most Muslim and Jewish societies.

This was easy to detect in traditional homes: most rural households had a variety of smoked sausages hanging in their kitchen, varying from choriço and linguiça to salpicão, all of which remain staples of traditional Portuguese cuisine.

The fumeiro, a term used to describe the process of smoking sausages, is a vibrant Trás-os-Montes tradition that continues to be practiced to this day.  And back in the Middle Ages,  if a household didn’t showcase one of these smoked sausages in their kitchen, it was a clear sign they didn’t eat pork.

The alheira was born out of the need to deceive inquisitive eyes, and Jewish people developed a sausage made up of mostly bread, game meat, and poultry to give others the impression that they ate pork.

With a notion of this rich history in mind, we happily accepted my partner’s cousin’s invitation to partake in her yearly alheira-making tradition.

Once we arrived in Mirandela, our cousin picked us up and drove us over to the village of Casario, a small locality that’s part of the Parish Council of Aguieiras.

The village consists of no more than 50 houses and is sparsely populated. We arrived at Casario in the evening, and after dinner were initiated into the first step in the laborious process of making alheiras.

We began by cutting the bread, partir o trigo, into thin slices. We sliced about 30 loaves of bread, all of which our cousin had baked in her wood stone oven two days before.

I must admit that I lost track of all the steps, but there was the cooking of the meat first thing the following morning. Which, it should be noted, was pork, but some people do include poultry as well. Once the meat was cooked, some of us had to cut it into very fine pieces, while others performed the task of pouring the meat broth over the bread and mixing it into a sort of mash. Eventually, the meat gets mixed in, along with chopped garlic, paprika, and olive oil.

This brief description makes it sound easier than it is: this process took all morning. Once this task was completed, we broke for lunch. After lunch, the real fun began.

As we were finishing our post-meal coffee, a crew of about 10 women arrived, ranging in ages from 60 to 80. They came equipped with aprons, hairnets, and nimble fingers to assist in the tying of the sausages.

Sausage-tying is a skilled artform that is much more difficult than it looks. There is a lot riding on the sausages being properly tied, because if they’re not, they will fall from the fumeiro, splatter on the floor, and be a large cause of embarrassment for the household.

The alheira-tying squad of grandmothers came in with a pleasant disposition, powerful voices, and a lot to say. Two women took on the role of filling the intestines with the alheira filling, and the rest of the team assumed tying positions around the table. After carefully observing all of the women at work, I soon realized that there was no one way to tie the alheiras. And even after a step-by-step explanation by boisterous octogenarian Tia Filomena, my clumsy fingers could not figure it out.

After a timid attempt of tying an alheira, and having our host sweetly recognize my effort and setting it aside, not worthy of being hung in her fumeiro, I settled on a safer task. I collected the tied alheiras and hung them on the metal rods that are then hung over the fireplace, and attentively followed the sacred rule that the sausages cannot touch — if they do, they’ll grow mold.

This easier task allowed me to listen in on the women’s conversation, which consisted of a lot of talk about the olden days, a fair amount of gossip, and a healthy dose of shit-talking. Many of them reminisced about how they learned to tie alheiras: most of them grew up watching their mothers and aunts do it. They explained that nobody explicitly taught them, they just watched for years, until they were of age or bold enough to give it a go and run the risk of having their sausages fall splat on the floor.

As I listened to their stories, I couldn’t help but reflect on the lack of children or young people in the room. A great part of the village’s youth immigrated to France in the ‘60s and ‘70s, or relocated to larger cities in Portugal. As a result of this, there are few people living in the village, and most of them are well over 60. There are just no young people in the village left to learn the art of making alheiras.

This left me to question whether this in fact is a dying practice.

Don’t get me wrong, we will always have alheiras, because they are industrially made now, and you can easily buy them at the supermarket. But I’m talking about the distinct and flavorful homemade alheiras, those that take days to prepare and then weeks to dry and smoke. Those that are carefully and lovingly labored over by entire villages sometimes — will they cease to exist with the passing of this older generation?

I wistfully sat out on the porch after we had finished stuffing the last sausage, mourning the impending loss of this ritual I was privileged to be a part of, when in the distance I began to hear the wailing and screaming of an animal.

I turned to Tio Menho, a sprightly and sharp-witted former shepherd who now passes his old age sitting on the porch killing flies, and asked, “Is that a pig?”

He disregarded my question and continued looking straight ahead over the horizon in silence. Then, when the beast gave out its final howl, he turned to me and, with a grin on his face, said, “Yup, they killed a pig, more alheiras!” For the time being, there will be more alheiras caseiras (homemade), prepared the Trás-os-Montes way. Grilled over an open fire and then served with a side of boiled potatoes and turnip greens.

All pictures by Gloria Dominguez 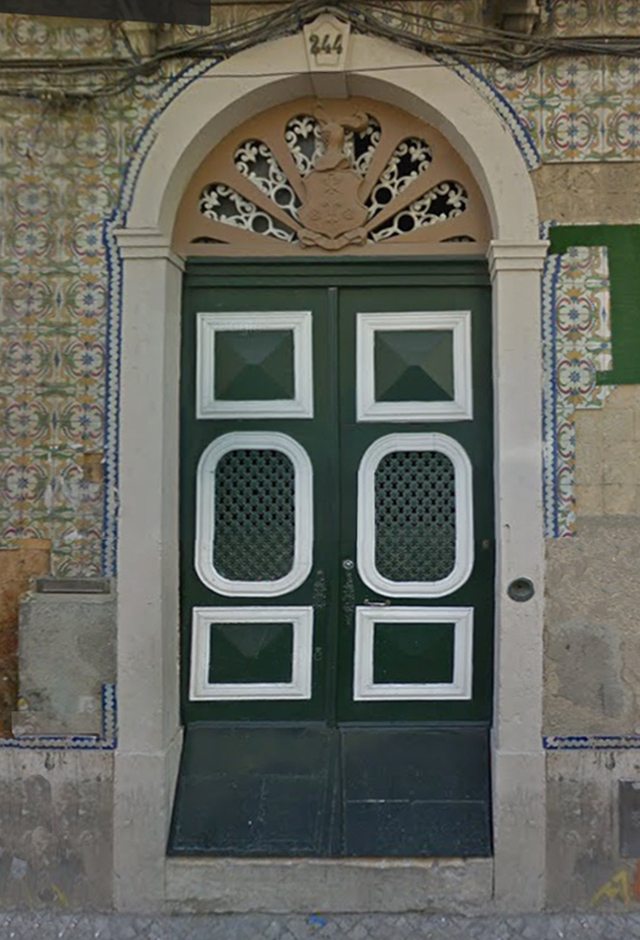 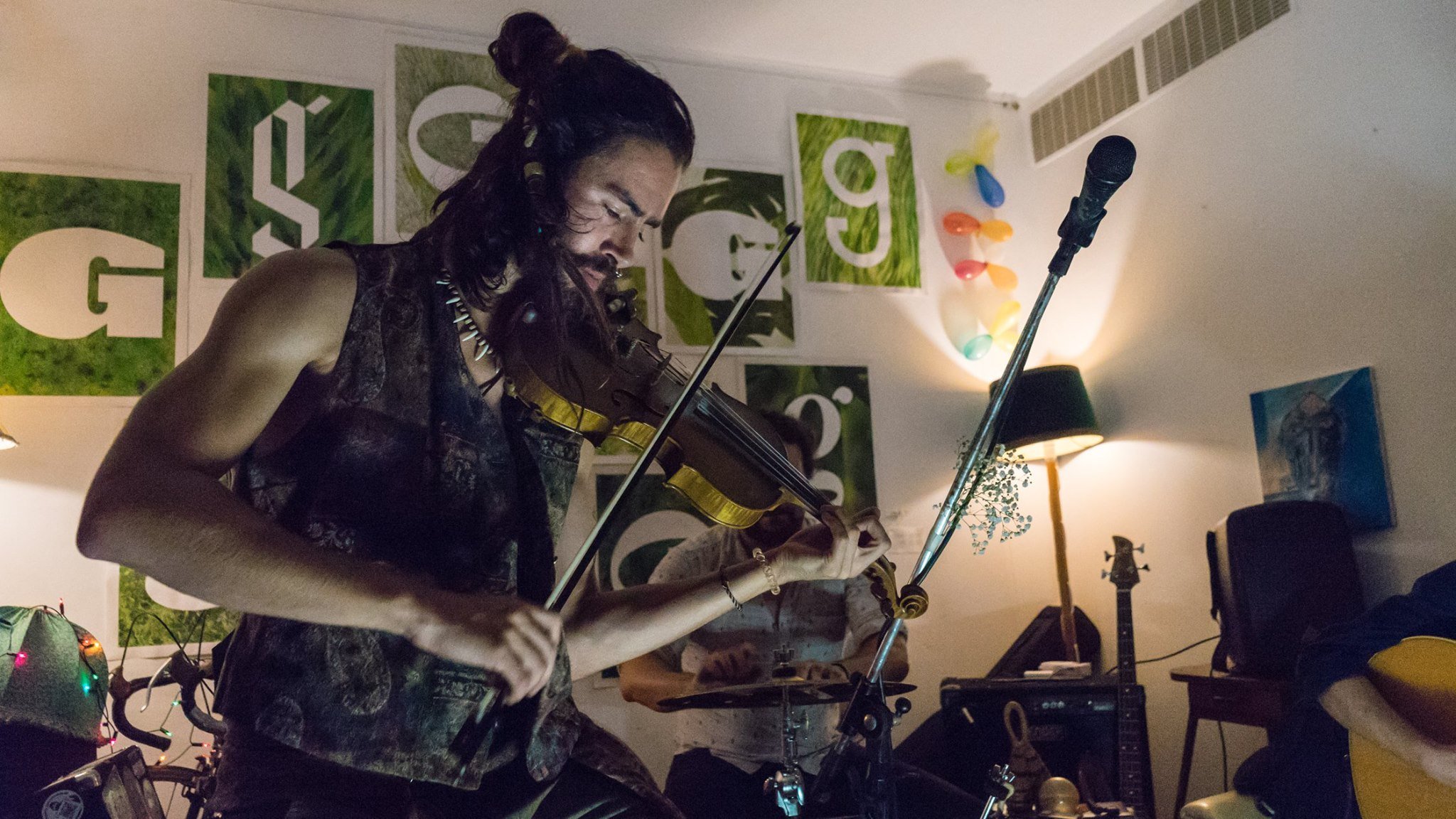 MagMell: The Most Irish Band Portugal Has Ever Produced

An incongruous band, to say the least, MagMell plays traditional music from various countries in bars, venues and parties across Portugal. Most well known for their Irish Trad sets, many listeners are shocked to discover that they are all, in fact, Portuguese! 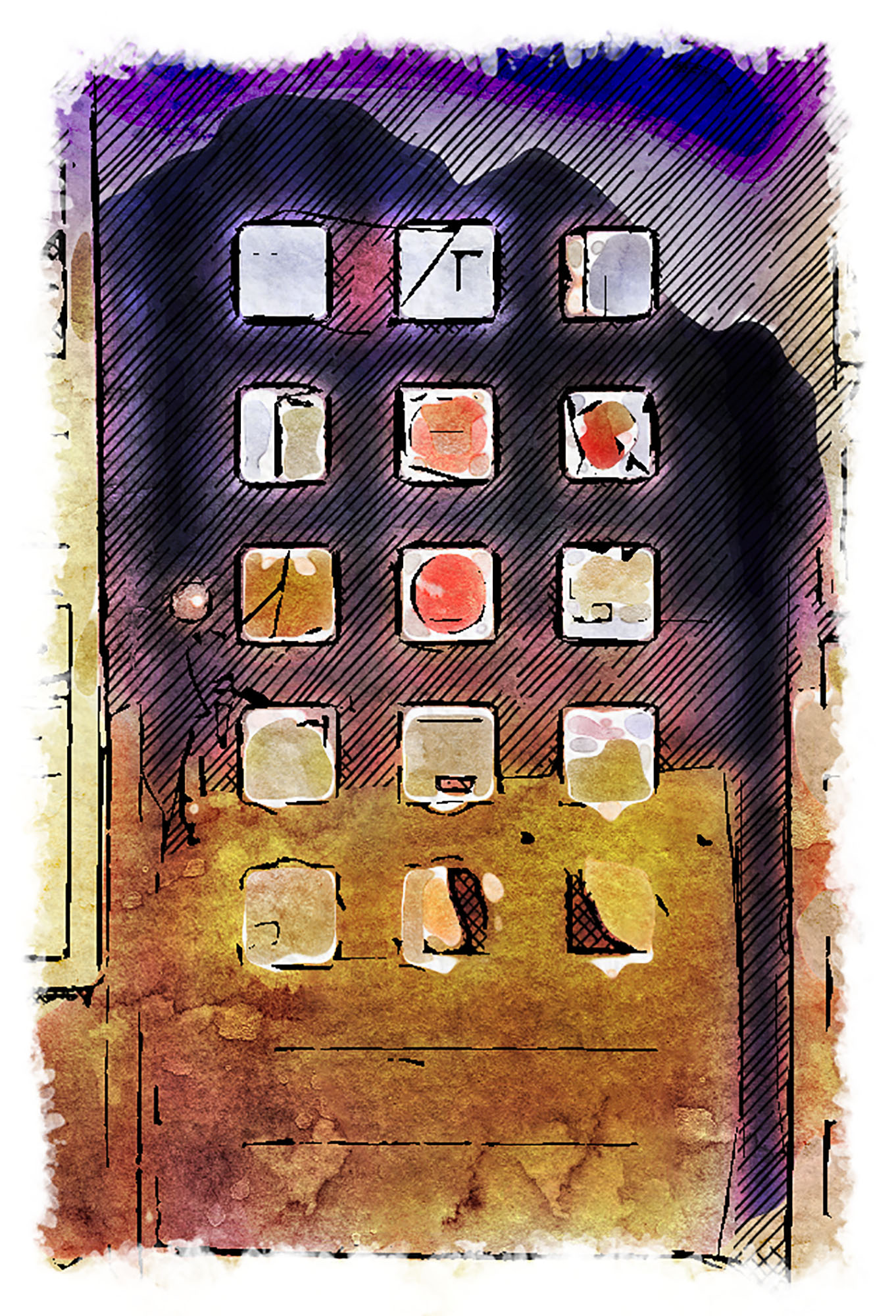 Steak in a rustic money museum after the show 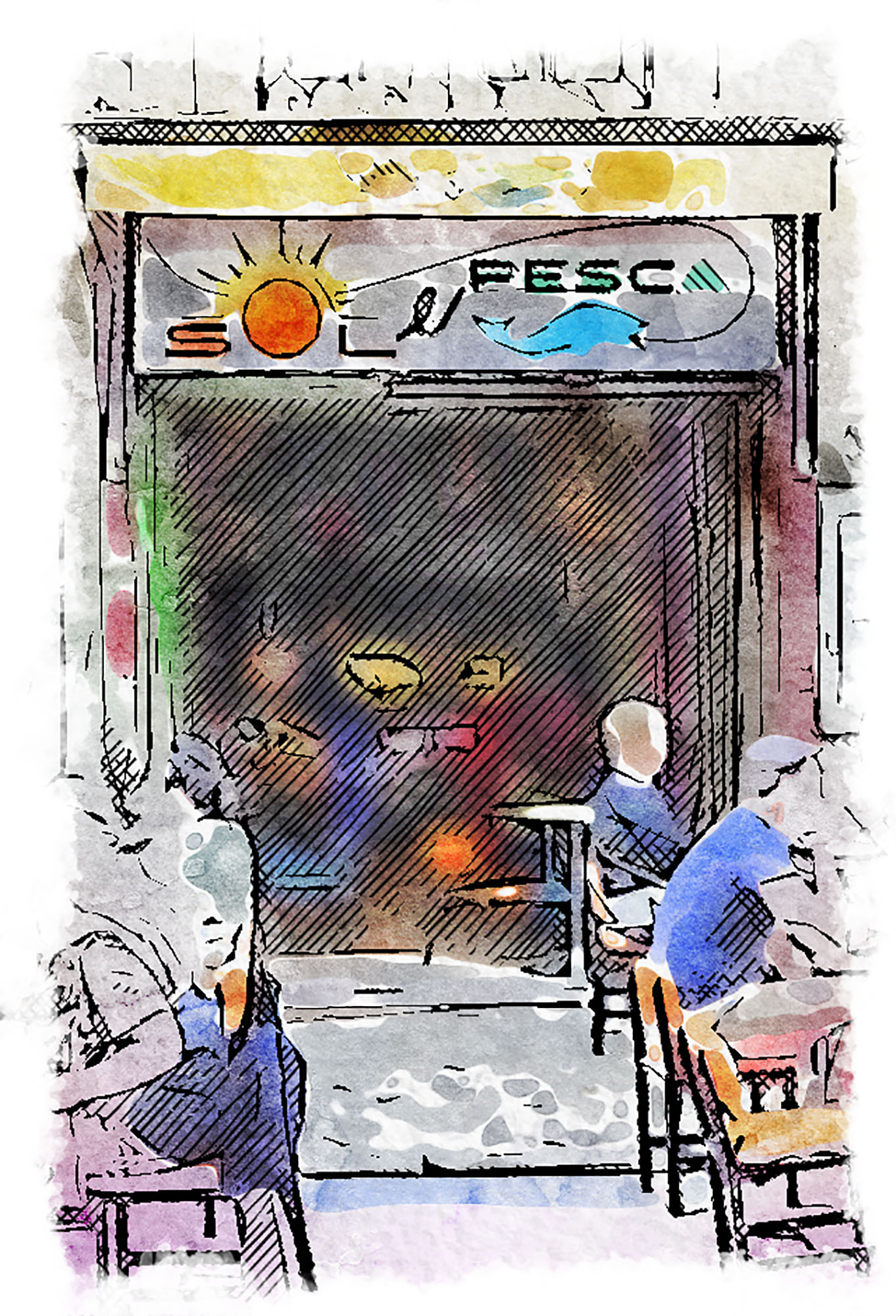 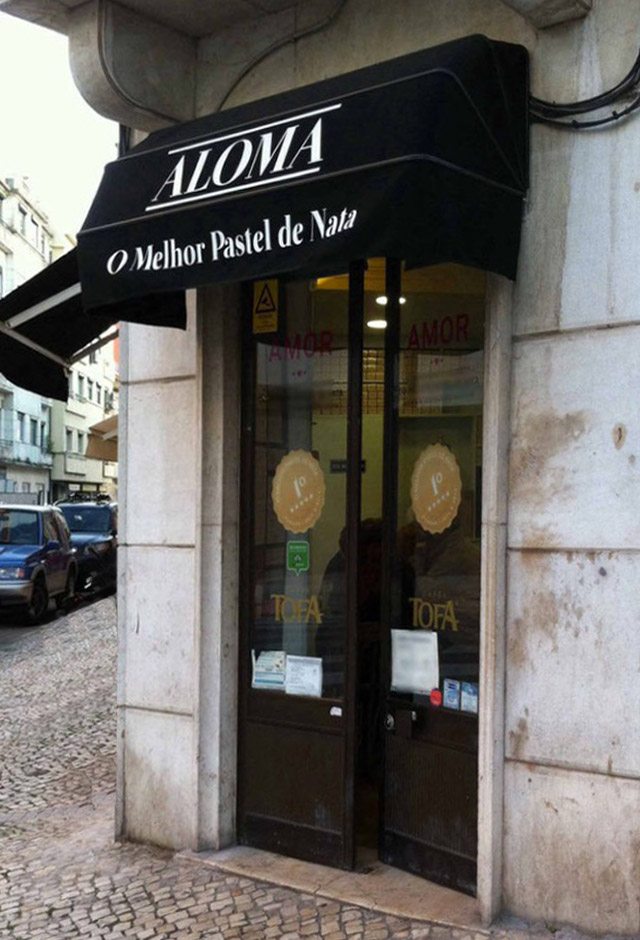 One of the best Pastéis de Nata in town 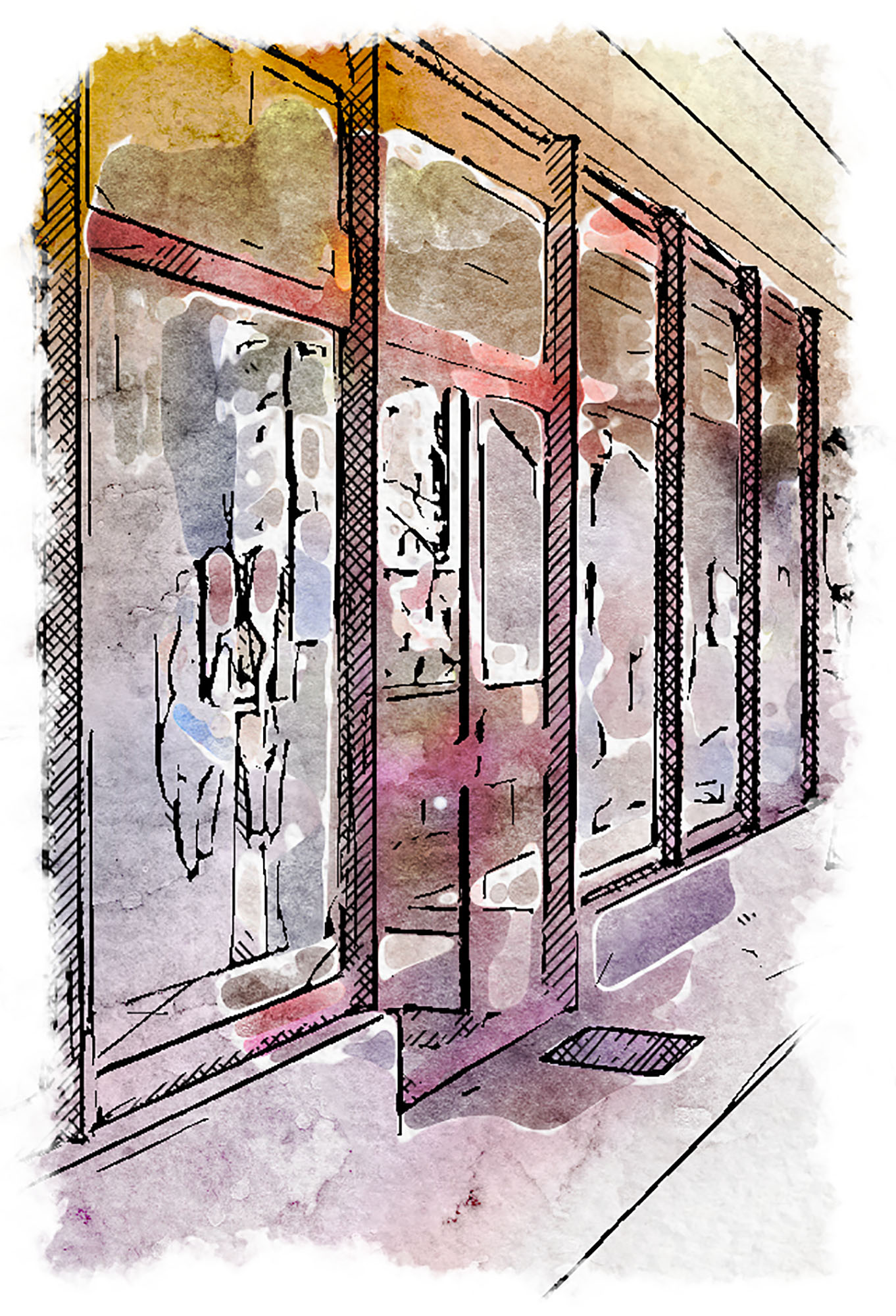 Legal Chinese with legit ingredients, even though it’s a buffet 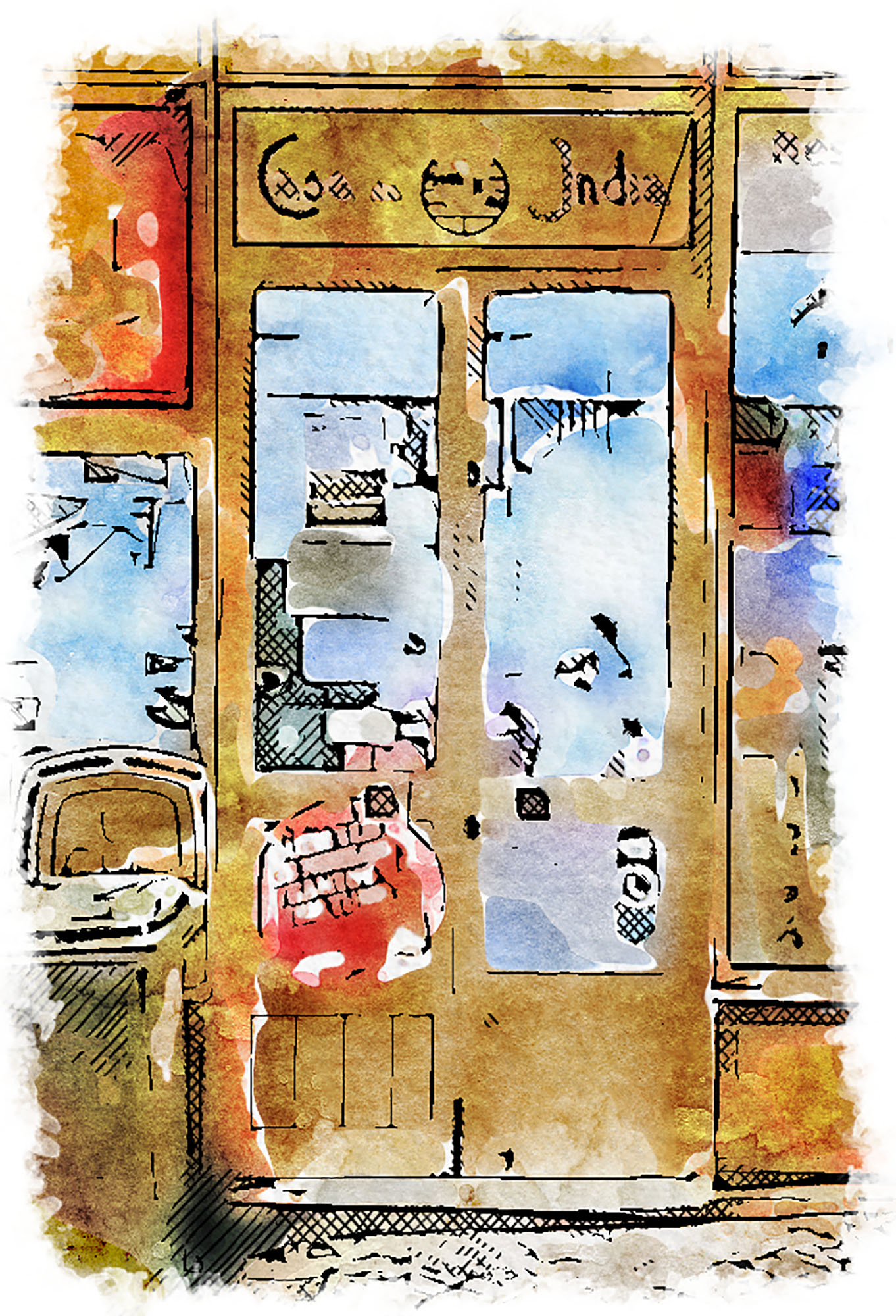 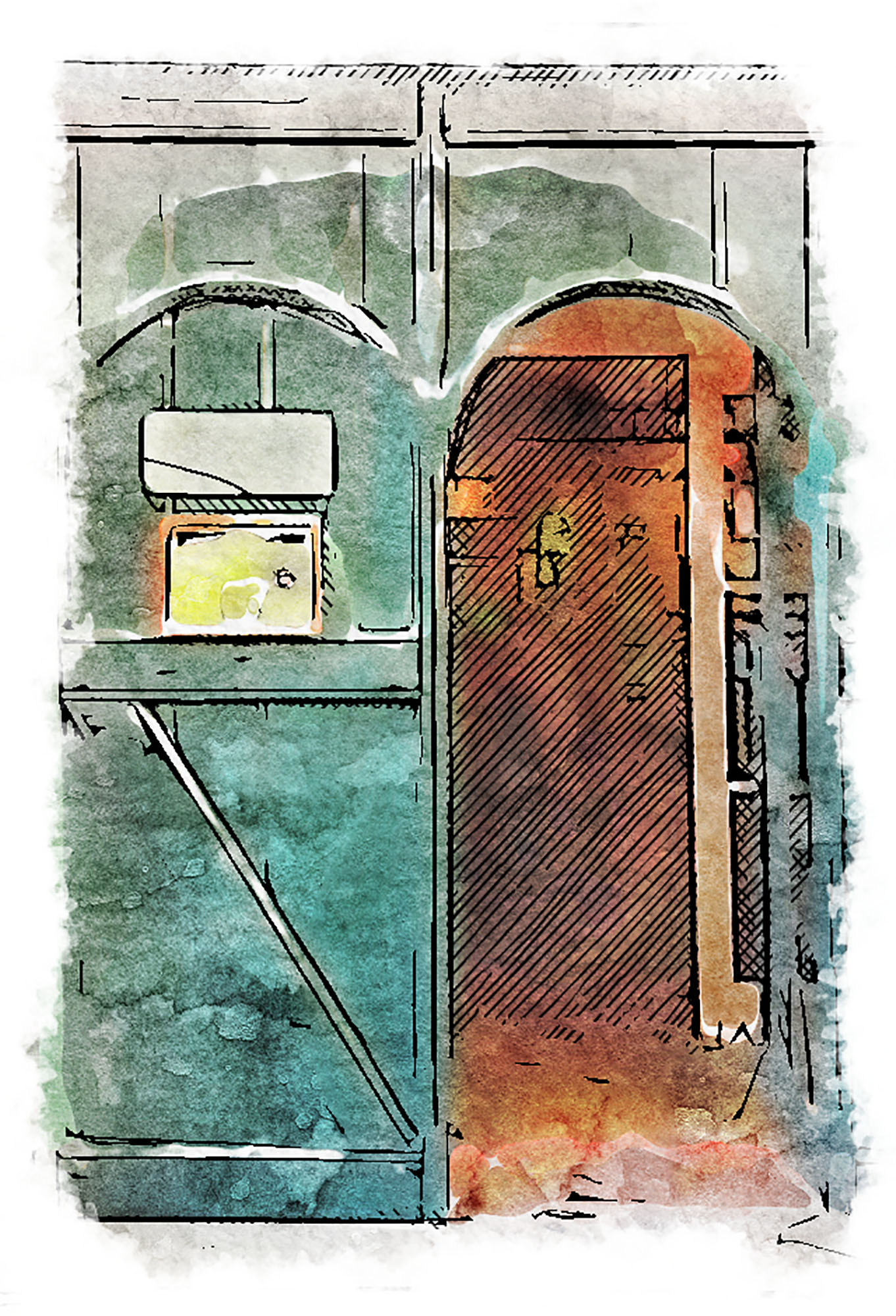 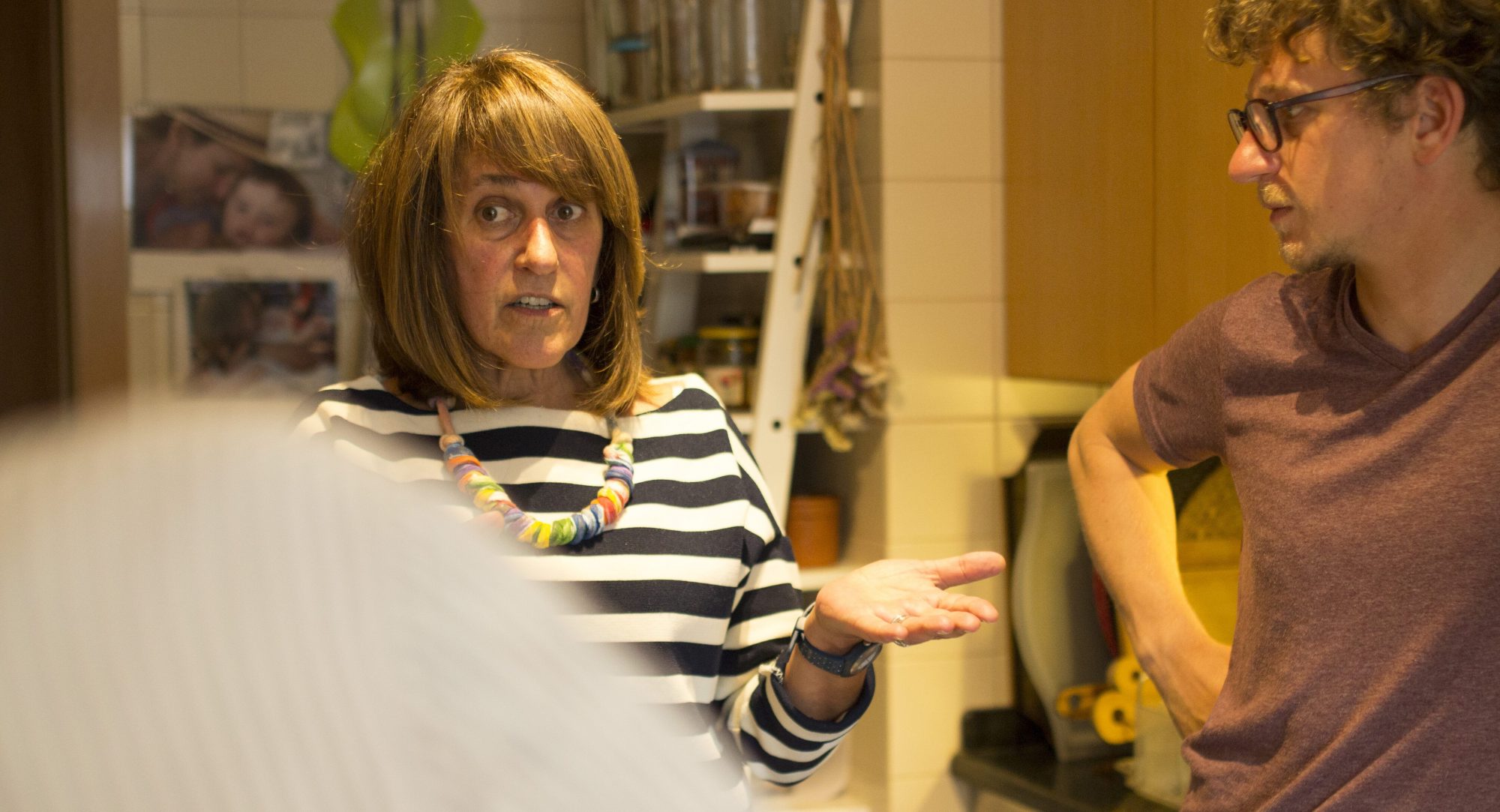 Cooking with Claudia, a Better Martha Stewart for Lisbon

In America, Martha Stewart is hailed as the queen of the kitchen, but between the overly-complicated preparation requirements and the ingredients you can’t find anywhere, most cooks looking to her 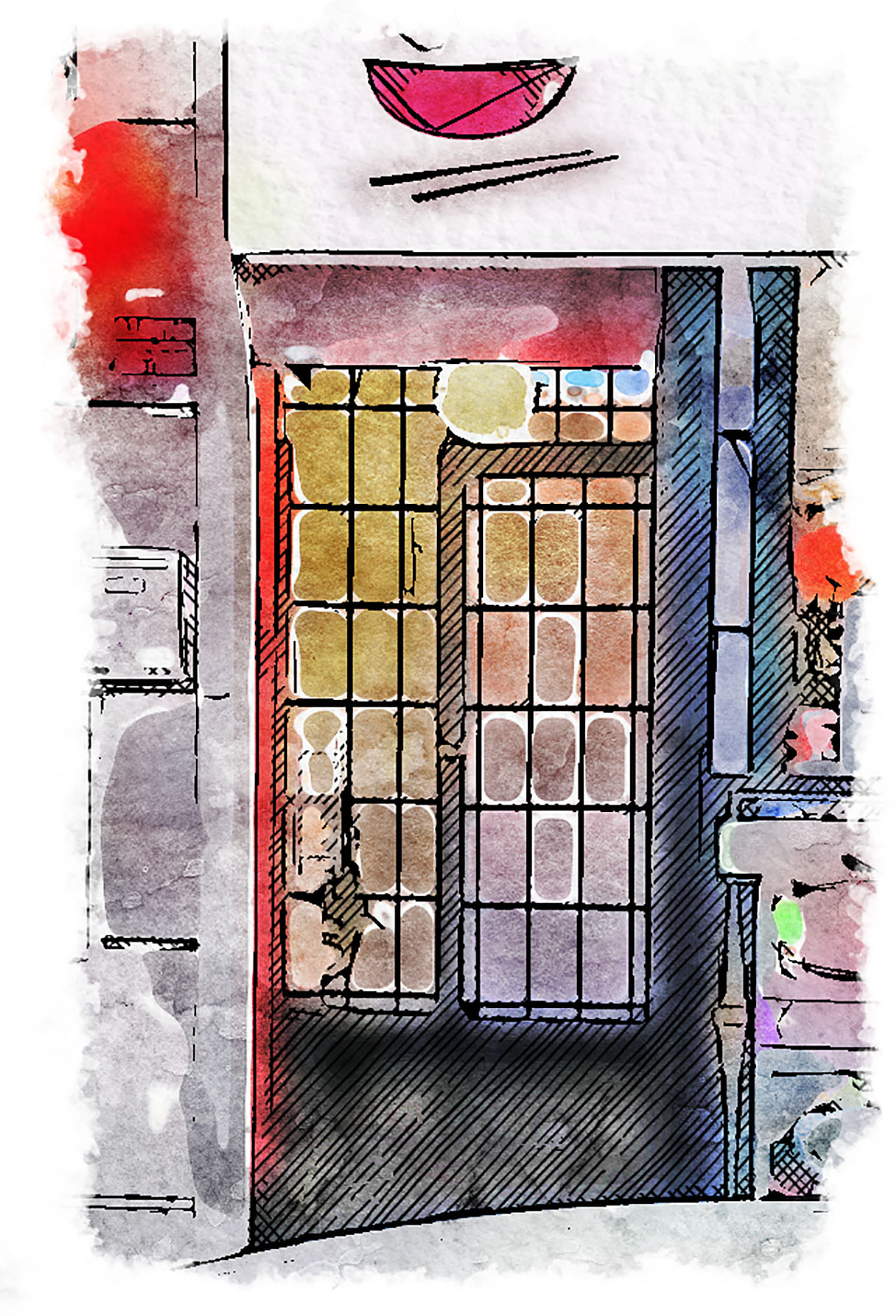 One of the best dumpling/dim sum selections in Lisbon.