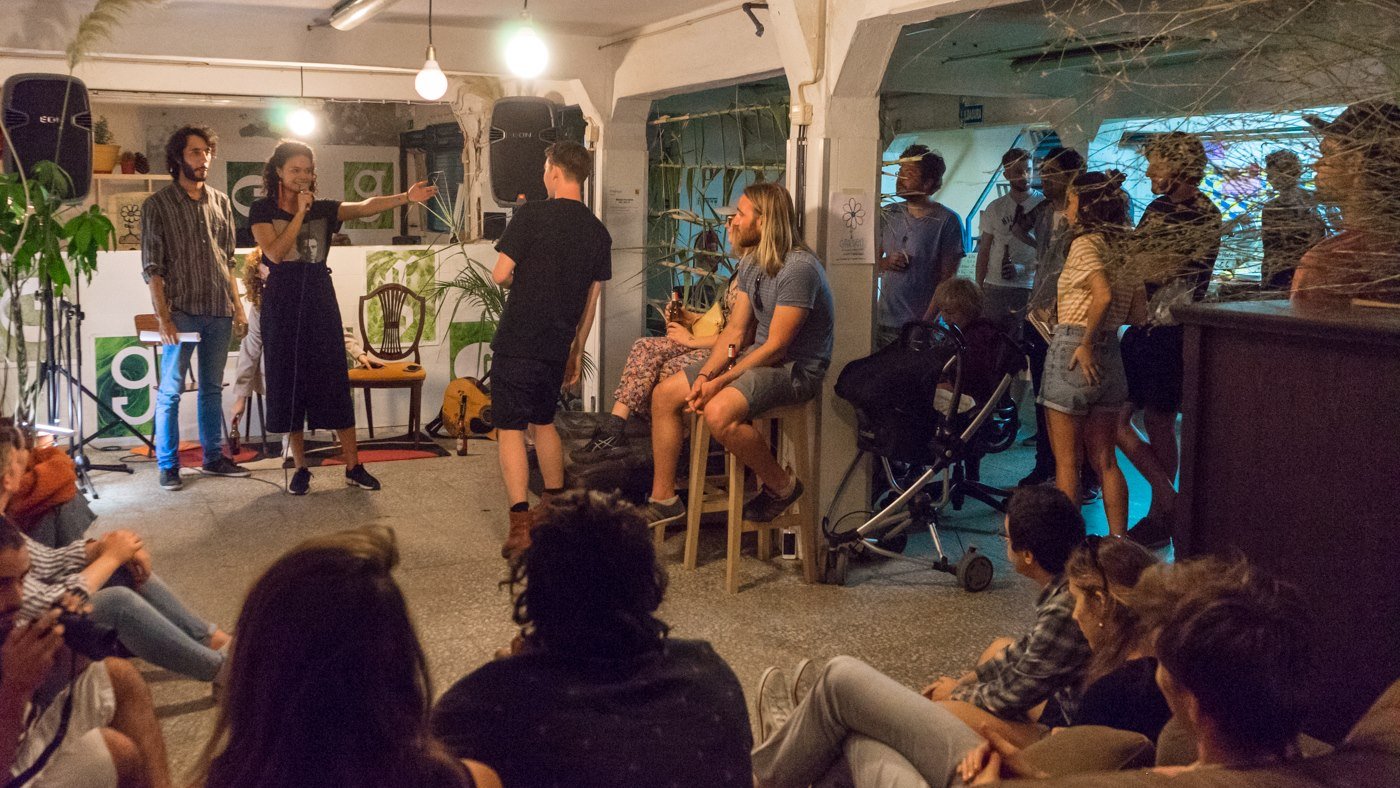 The Associations of Lisbon

Associations, or as they are known here associações, are pretty self-descriptive — it’s when two or more people come together to form a non-profit organization for a common goal. These goals cover all manner of things, but importantly for us, they also include cultural and artistic endeavors. As such, some of Lisbon’s best nightlife spots (and daytime spots for that matter) are associations. Running events such as street markets, workshops, jam sessions, open mics, concerts, late-night parties and so much more, they are the go-to spots for the alternatively inclined. That said, they are technically “members clubs” so expect to pay/donate for your membership/entry. Here’s a non-exhaustive list of the associations of Lisbon.

Describing themselves as a “Multidisciplinary space that promotes and supports the creation and production primarily in the field of music and sound,” this association is home to some of the best experimental electronic music in the city, which is no wonder when you consider that they run the only electro-jam session I’ve ever heard of.

With a café upstairs during the day and a record store downstairs, this is a fantastic space to visit when it’s open. In addition, they host live music and fantastic DJ sets that often run until the wee hours of the morning. Minimal entry costs, a great bar, and even better people make this one of the top spots when kicking about the Intendente neighborhood.

We often bring up Disgraça here at Atlas Lisboa since it is a hotbed of radicalism and alternative events, many of which you’ll see posted on our calendar. They describe themselves as an “anti-authoritarian social center… horizontally run by a collective” where “everyone’s a volunteer and all the donations coming from our vegan canteen are used for the upkeep and maintenance of the space.” They have great, often punk, concerts as well as food nights, workshops, and an anarchist info/bookshop, among many other things. They are all about DIY, and if you’re looking for the alternative political heart of Lisbon, this is it.

Considered a new kid on the block, these guys have been open for just over a year and are based on Rua da Ginjal in Cacilhas — that’s across the river. During the day Arroz is home to a multitude of artist’s studios and a popup café serving coffee, lemonade, boozier drinks, and other wonderful concoctions. There are regular events such as the Jam Session on a Thursday night and a bimonthly street market as well as other (often music-based) events on Fridays and Saturdays that regularly run until 6h. Check out their Facebook page for upcoming events.

Not to be confused with the now long-dead Anos 60, this is quite possibly the most hip community center in the city with a massive indoor market, high-quality jam session, and more events than you can shake a stick at. These guys have a lot of support and a lot of guests from all over the world, so expect it to be busy.

And they are doing a phenomenal job. With regular film nights, live music, a quiz, and much more, this is a great little underground (literally) spot to hang out or dance the night away.

Know another great association? Get in touch and let us know.