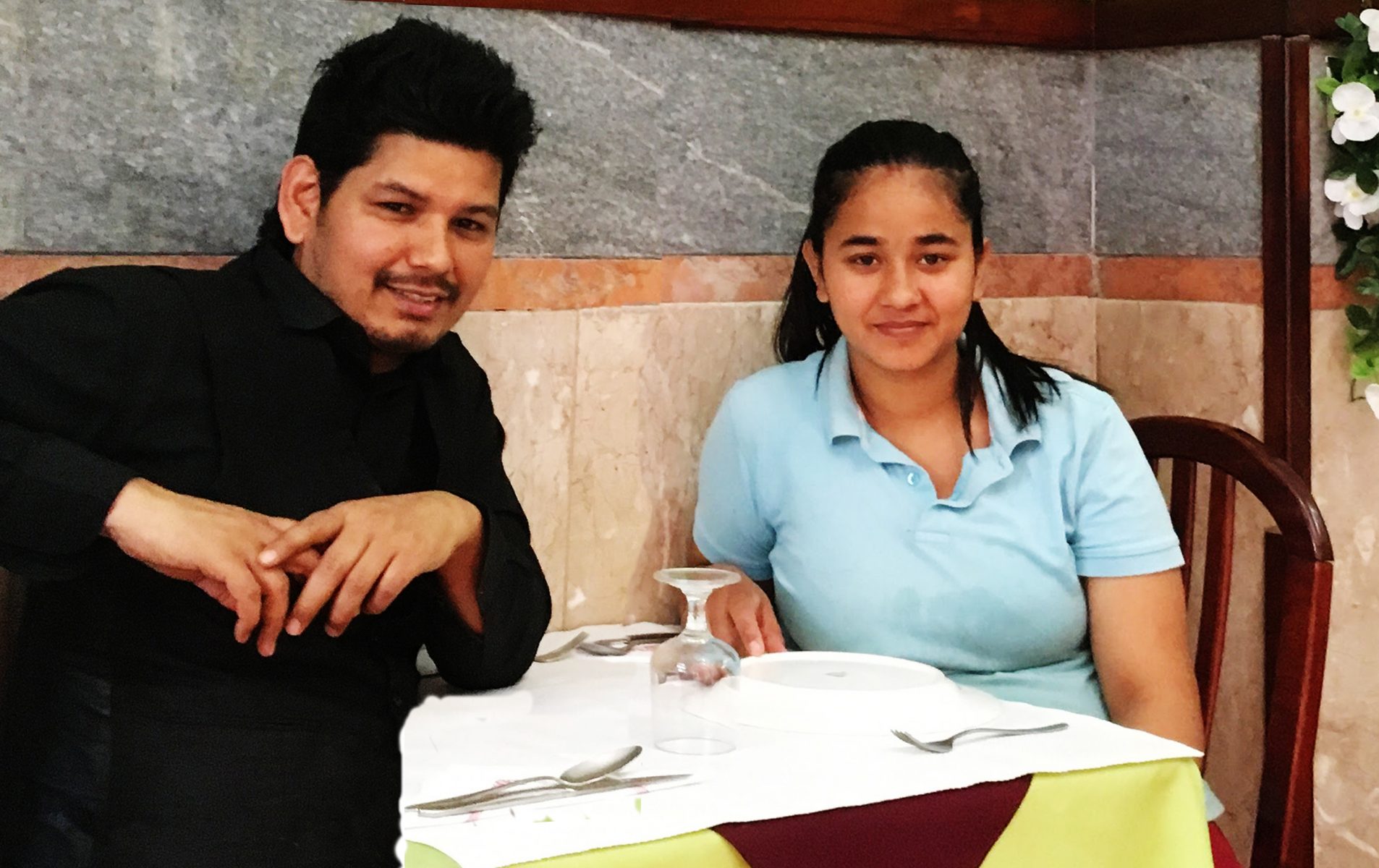 The Nepali Experience in Lisbon According to Kamal and Laxmi

Kamal and Laxmi are two of the more than 15,000 Nepalis in Portugal trying to build a life. With the help of the Nepali community and a skilled culinary background, these two are well on their way to living the dream.

In 2011, the life that Nepalese native Kamal Bista’s was trying to establish in England was becoming quickly unaffordable. It seemed like his European dream was fading fast. As a student of hospitality at a British university, Kamal hoped to start working in the U.K., but the government imposed new limits on work hours for foreign students. Finishing studies and starting a business of his own seemed impossible. Going back to Nepal and carving out a living there was not an option either.

Originally from Sudur Paschimanchal, the far-western mountainous region of Nepal, Kamal has a soft spot in his heart for its densely-forested landscape that has been carved through with rivers. He says that this region is wild and secluded, a rewarding natural experience for those who make it out of the Kathmandu and Pokhara tourist trails — but it wasn’t enough for him to realize his dreams.

Fortunately Kamal has several Nepali friends living in Portugal. They spoke highly of the country, with its friendly immigration policies, multicultural capital and, according to Kamal, Nepal-like weather.

When he first arrived to Lisbon, Kamal did not struggle finding work, or friendship. A welcoming and organized Nepali community helped him find gigs at their restaurants, mostly waiting tables. The community also helped him navigate the dense Portuguese bureaucracy and settle in.

There are more than 15,000 Nepalis in the country, according to Kamal, most of whom live in the Lisbon area. They frequently meet for parties and other community events and tend to share apartments along the Green Line neighborhoods of Martim Moniz, Rossio, and Intendente. Through the community’s assistance, Kamal began learning Portuguese, found a room, and obtained a residence permit in the country. After becoming legal, Kamal pursued his high ambitions.

In 2013, Kamal and three other friends bought a restaurant in Bairro Alto from Kumar Sesta who, according to Kamal, wast he first Nepalese immigrant in Portugal, having arrived in 1992. Kamal and his friends’ restaurant did well enough for Kamal to open a second location, on his own, a five-minute walk from the Marquês de Pombal metro station.

In his restaurant, Olá Nepal, Kamal has decorated the walls with bright green and orange paint and wide, sweeping photographs of the Himalayan mountains.

“The vision of Olá Nepalis to provide an authentic Indian/Nepalese experience, both in terms of food and hospitality,” he says. Kamal imports all of his spices from Nepal and fills in the gaps from other Asian sources. He says that the restaurant is most popular among tourists and foreigners, and that although some Portuguese customers do visit, “they don’t like too much spice.”

The cook — and spice master — is Laxmi Rawal Bista. Also a native Nepali, and as of a few years ago Kamal’s wife, Laxmi had learned how to cook at home and at Shangri-La, a luxury hotel in Kathmandu. She says that with Indian and Nepali food, timing is the most important aspect, alongside ensuring that all the ingredients have been added in proper order. Although Laxmi is thoroughly versed in Indian cuisine, she is deeply proud of her country’s local fare. Nepali food and Indian food are similar, she says, but Nepali food is less spicy and less oily, simpler, but still flavorful and nutritious. 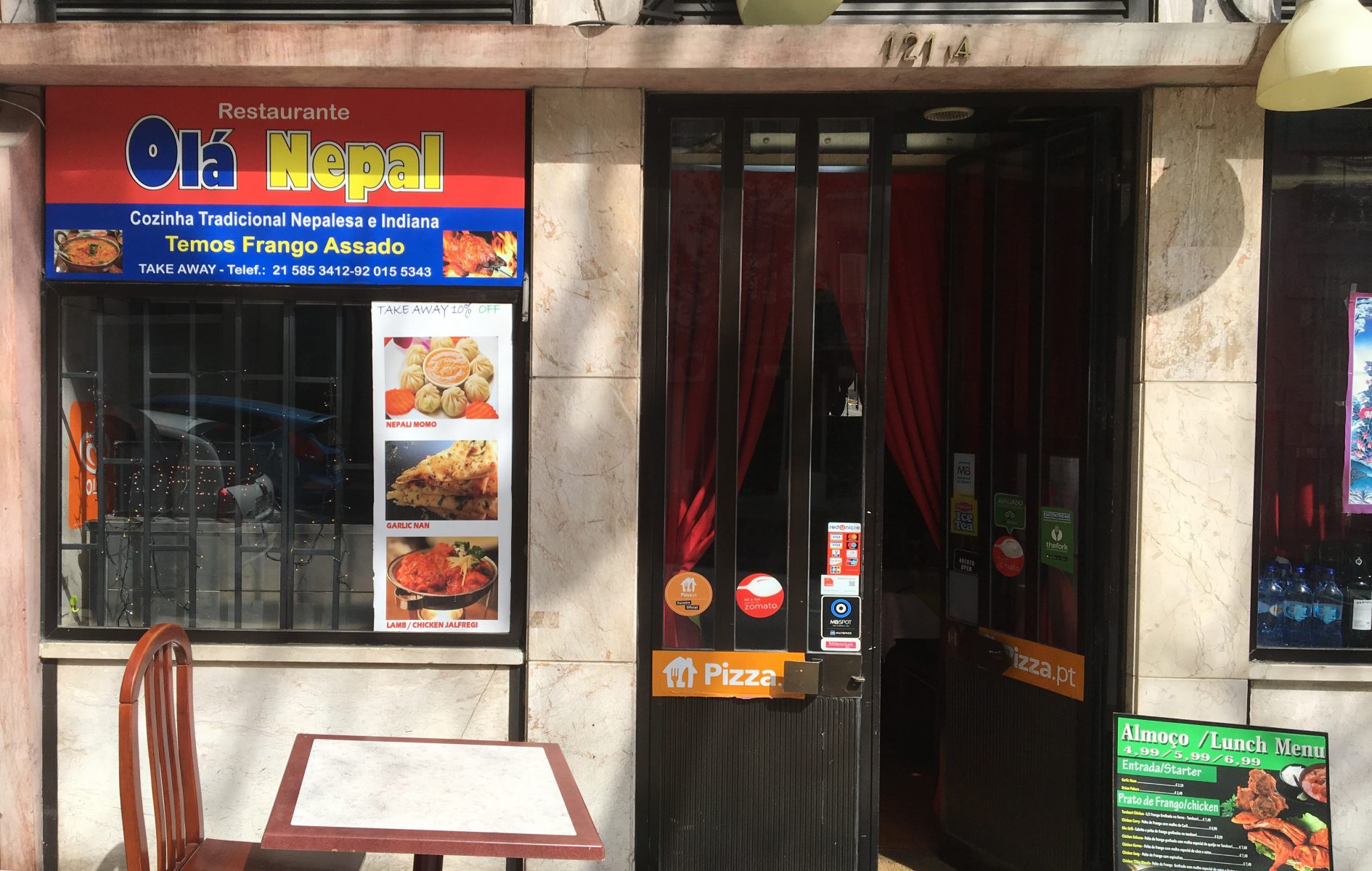 Kamal and Laxmi are focused on Olá Nepal and have moved in to the building where the restaurant is located. They are considering opening a new location in two or three years but also think about opening a hostel, if things continue to go well.

As far as returning permanently to Nepal, Kamal says if the political situation improves, maybe in 10 years or so he will consider it. But for now, they look to continue their lives in Lisbon, where they admire the kind people, enjoy the sun and cool nights, and are grateful for the policies that have given them access to doing what they love.