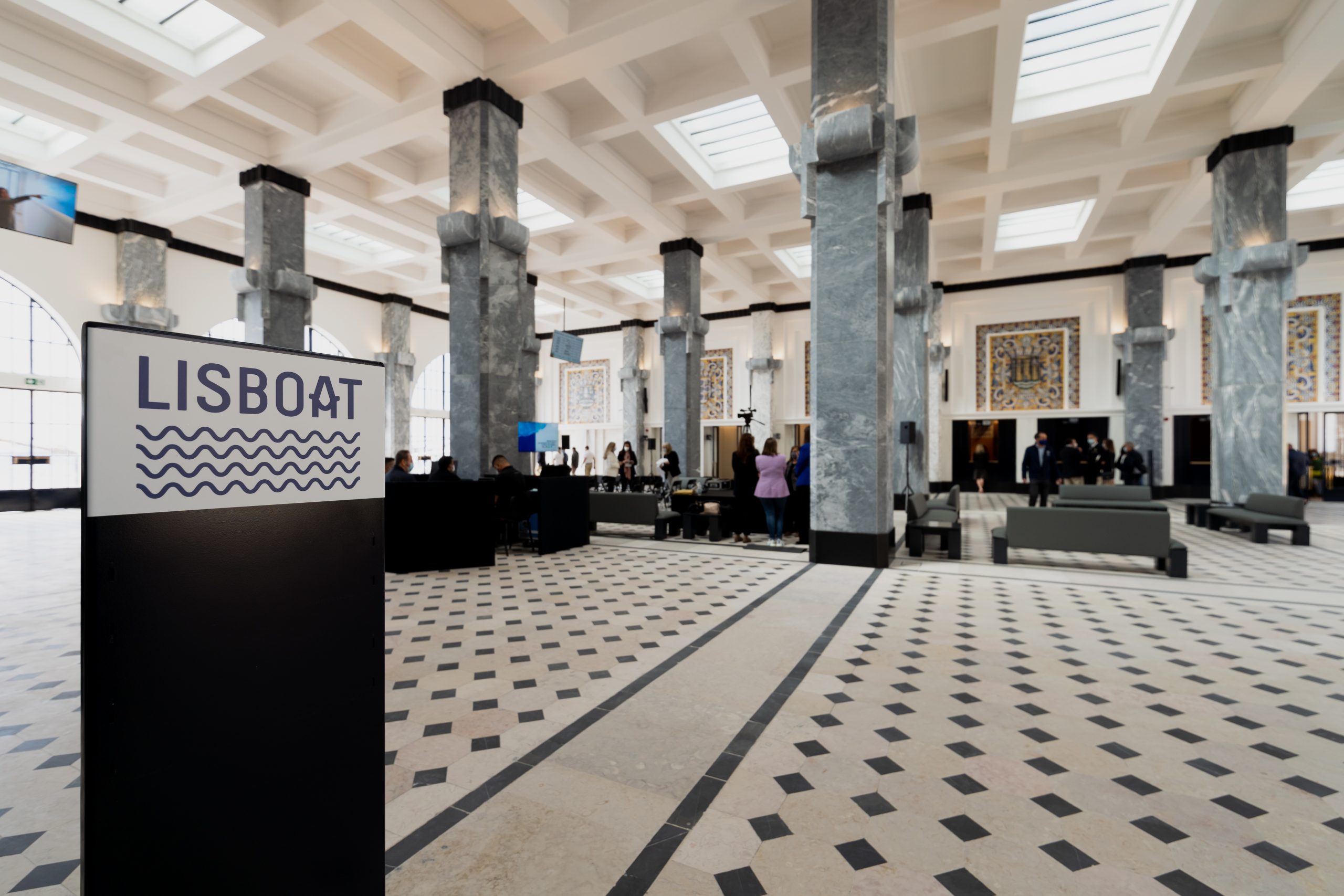 The New Estação Sul e Sueste: Something for Everyone

Lisbon's new ferry terminal aims to reconnect the center of the city to the Tagus river.

The Modernist building and Monument of Public Interest since 2012 in Lisbon’s Terreiro do Paço may have been revamped for use by tourists, but the project’s architect wanted to give some space to the people, too.

The 90-year old Estação Sul e Sueste was originally inaugurated on May 28, 1932 — on the sixth anniversary of the coup that ended the First Republic — as a modern marvel, according to Ana Costa, the architect of the recent renovation and granddaughter of the architect who originally designed it, Cottinelli Telmo. Newly outfitted with skylights, shiny white floors, and renovated marble columns, the Estação Sul e Sueste has been delighting the public again since last Saturday’s official re-opening. Costa told Público, “Everything was designed with the care that the new elements do not create dissonance with Cottinelli Telmo’s architecture.”

The old terminal had become what then-mayor António Costa called “a bruise” and “a shame for the city” in 2014, but has now been reimagined as a monument to tourism to-be, thanks to Costa’s tireless efforts. Where once solely the ferry to Barreiro embarked, now you can catch a tour of the Tagus with one of the operators located there, and soon you’ll be able to catch a water taxi. Costa said that the station is intended to be “the great point of communication between the banks” at a time when “the river is ours again.”

Público reports that while most of the station is complete, there is still a bit more to do. “The original railing, aligned with the east tower of Praça do Comércio, has been recovered, and a cafeteria terrace will be placed there. On the opposite side is the Tejo Center…store and an exhibition space [in which] there is a model of Greater Lisbon, holograms of people connected to the river, and lighthouses that explain points of interest on both banks.” While the restaurant is still being completed, you can still grab a bite on the river at one of the three on-site Banana Café kiosks.

“This is not just for tourists, it is for all of us,” Costa says, “It is for the people of Lisbon.”

In the main hall of the new terminal, a few sofas take center stage flanked on both sides by the ticket offices of maritime-tour operators like Lisboat and tiled Alentejano and Algarvan coats-of-arms under which visitors can gain access to the boats and the Tejo.

“The Sul-Sueste station will be the epicenter of maritime-tourist activity; we can´t wait to see this beautiful building filled with people, sun and joy,” Jessica Reprezas, marketing and communications manager at Lisboat, tells Atlas. “In addition to a new gateway that opens to the river, this station embodies hope in the near future in which the pandemic will only be a bad memory.”

The recent reopening of the Naval Doca da Marinha (redesigned by architect Carrilho da Graça) combined with the Estação Sul e Sueste’s building and new pontoon installations in the water make up what the Lisbon Tourism Association (ATL) is calling “the new Lisbon pier.” The ATL is currently managing the station on behalf of the Lisbon City Council. In total, the station renovation cost €30 million and was financed by the tourist tax and money raised by ATL, Público reports.