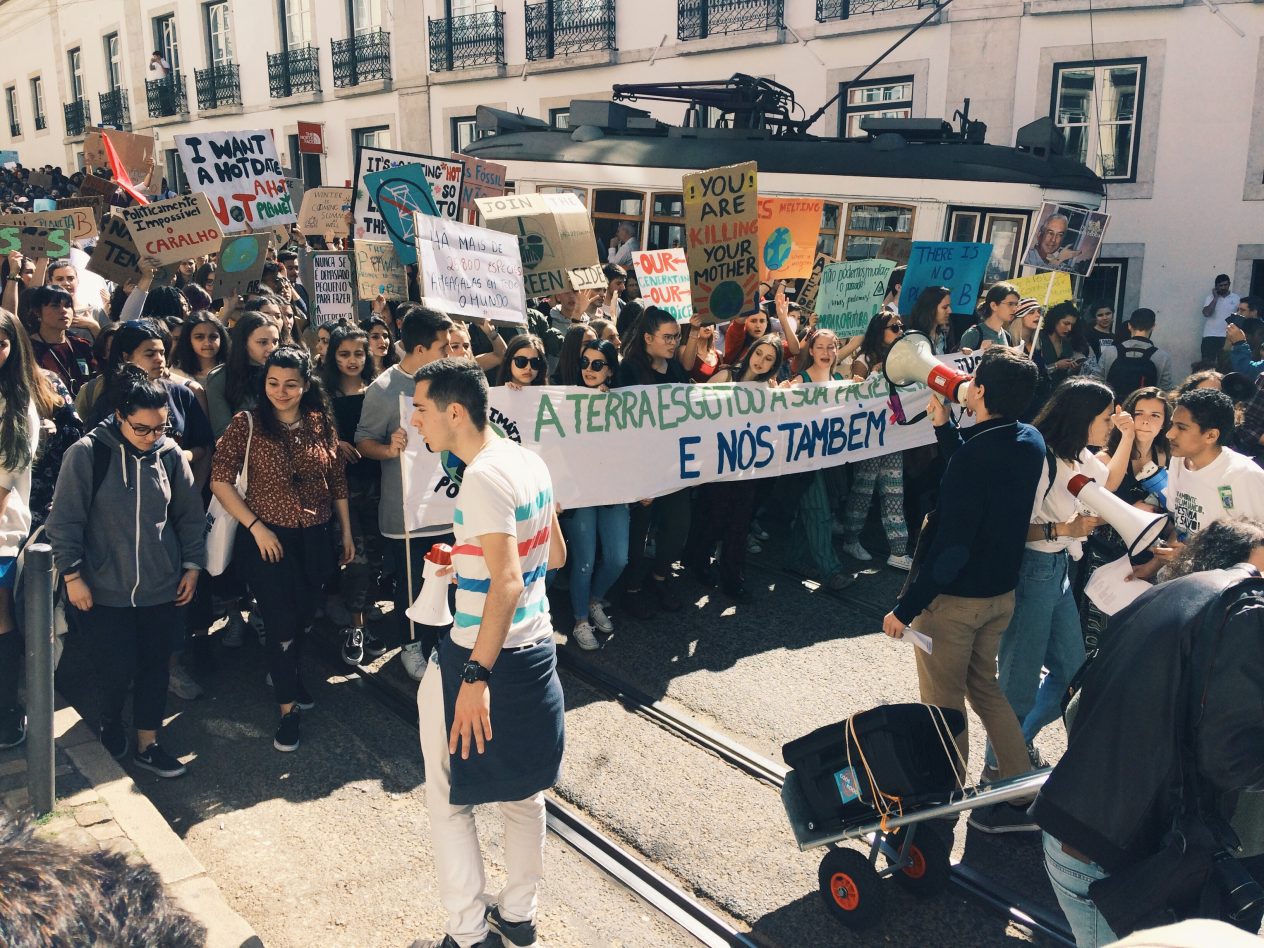 The Student Climate Strike in Lisbon: It’s Time to Panic

Thousands of students took to the streets of Portugal today asking for one simple thing — a chance to live in a world that isn’t burning around them.

Today, Portugal was just one of more than 120 countries around the world that saw their students stream from their schools and take to the streets for one simple demand: a future.

The student climate strike, which took place in Portugal between 10h30 and 13h30, was initially inspired by Swedish student Greta Thunberg. Since August last year, the 16-year-old has refused to attend school on Fridays, choosing instead to go to parliament, demanding that her government take immediate action against climate change. 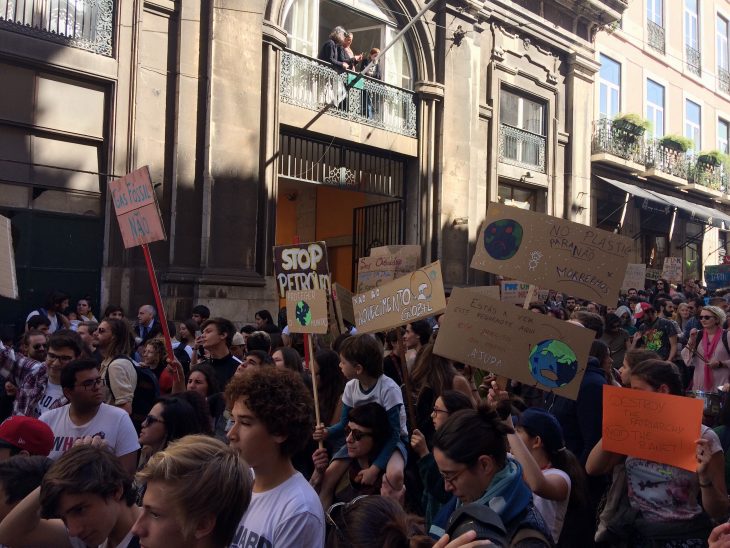 Over the past few months, talk of her action has rippled through schools across the world, with students asking “Why learn if there is no future?” This anguish culminated, after months of planning, in today’s strike, which was coordinated with other students in more than 2000 cities across Europe, Africa, America, and Asia.

Lisbon’s striking students met in Largo de Camões and did so in their thousands, for what seemed to be one of the largest demonstrations in years. The crowd, whose age averaged about 15, then marched for around two hours to parliament, where they settled into speeches and generally milled about. The crowd was jovial and excitable, with samba drifting through the air and rolling cheers every few minutes. It was more of a carnival than a demonstration as the Green party cheered on passing marchers and demonstrators, in turn, clapped for the parliamentarians who made their way down the large front steps.

It is always inspiring to see so many young people willing to take to the streets for an issue of such grave importance, and the students of Portugal are doing what they can to draw attention to an issue that will affect them far more than most of us.

But drawing attention is about the sum of what they can do. Something they seem more than aware of, with about 50% of the banners written in English. Who are they for? Global and social media rather than the country’s decision-makers, it seems.

The march will be reported as a success. It will be called “beautiful” and “inclusive” and “inspiring.”  There will be pictures of cute kids holding signs bigger than they are and uniformed teens with “#capitalismo não é verde” stickers on their faces. If you dig enough, there will probably even be pictures of bubbles. But, at the end of the day, this breeds an idea of hope, and the idea that this march achieves something in and of itself.

Which it doesn’t. And, unless we pay attention and begin to take action ourselves, the drowning world so many of these kids drew will become a reality far quicker than we realize.

The kids may be marching with optimism and joy, but this shouldn’t fill our hearts with pride, it should have us freaking the fuck out — a sentiment encapsulated by one young student who stood in the road with a hand-written sign that simply said: 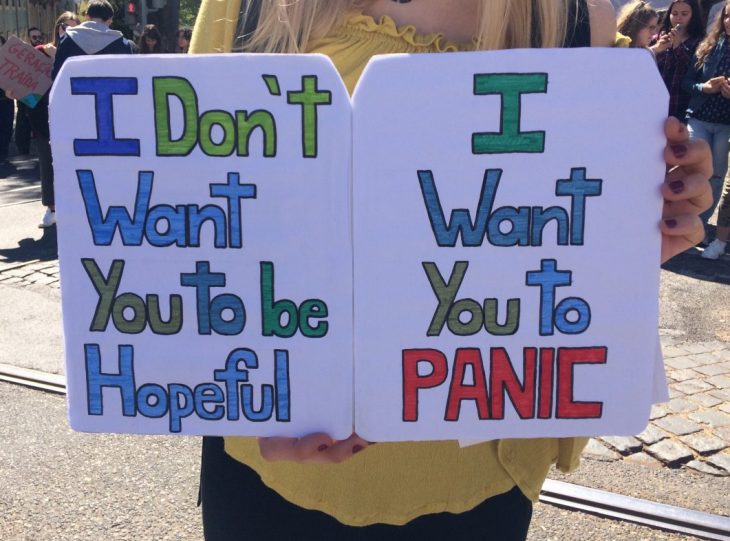