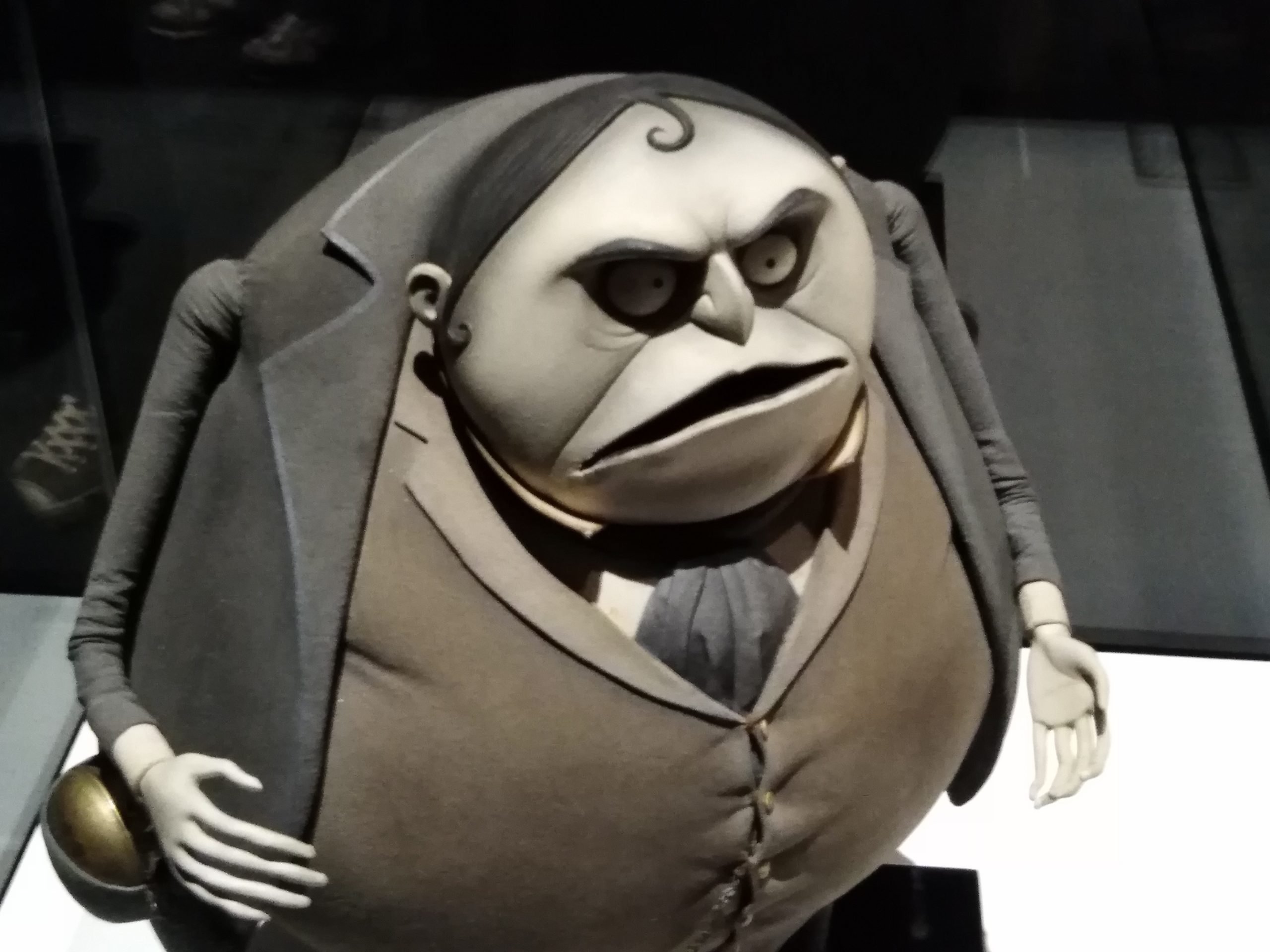 Tim Burton and his Marionetas

The art of stop motion film dates way back to the mid-1800s. Its history is rich and complicated, sprinkled not just with puppets but also with trippy, hard-to-pronounce stuff like phénakisticopes, stroboscopic discs, zoetropes, and photographic rifles. The first full stop motion film  was The Humpty Dumpty Circus, made in 1898 by American-British silent film director/producer J. Stuart Blackton and British-turned-American stage magician/director/producer Albert E. Smith, and it beat the first film produced by Hollywood, The Count of Monte Cristo, by a full decade. Unfortunately, The Humpty Dumpty Circus has since been lost in time, and nobody has yet been able to put it back together again for us to see.

One man who has likely seen it though — considering his extensive Hollywood connections and love for stop motion — is Timothy Walker Burton, born in Burbank, California, in 1958, and better known as just Tim Burton.

You probably know the name. Tim is an artist with a somewhat politically incorrect sense of humor,  a very unique and memorable style, and a healthy respect for death. He’s had an essential hand in countless suburban goth kids’ smooth transition into fully-functioning happy adults. He is responsible for the best Batman film, and the second-best one too (despite Heath Ledger‘s phenomenal swan song performance, and whatever Christopher Nolan wants you to think). Acting-wise, he has somehow been able to repeatedly bring out the best and the worst in Johnny Depp. Tim once said this about Jack Nicholson: “People told me I couldn’t kill Nicholson, so I cast him in two roles and killed him off twice.” He is responsible for Edward Scissorhands, Mars Attacks!, Big Fish, and Frankeweenie among others.

In other words, Tim is versatile.

While Tim’s weapons of choice are mainly pen, paper, a camera, and Johnny Depp, he has created countless universes in the world of stop motion film too. Tim usually works with the same team of puppet masters, and together over the decades they have produced an impressive array of characters that, despite being completely inanimate, when put into motion rival many Oscar-winning performances in authenticity and depth of character.

This spring, Museu da Marioneta, one of Lisbon’s lesser-known and coolest hidden gems, invites you to a glimpse into how some of this movie magic is made. Tim Burton: The Animation Puppets is an impressive collection of behind-the-scenes fun. The museum’s temporary exhibit room is appropriately dark for this one, and it houses a handful of glass-cased, well-lit, and frighteningly lifelike little creatures.

On view are many a main and secondary character, some in both preliminary sketch and final puppet form. The walls are lined with prints, doodles, and handwritten notes. There’s a plaque with a few dozen tiny crow legs, each belonging to the same tiny crow sitting atop a stack of tiny books one glass-case over. There is a mechanical worm and its skeleton, and there are robots, vampire cats, and overall weirdness that never exceeds two feet in height.

Most of these precious artifacts were used in the production of the necrophilia romcom classic Corpse Bride, with Tim’s death-crossed lovers — Victor van Dort and Emily — being the main attraction towards the back of the room. 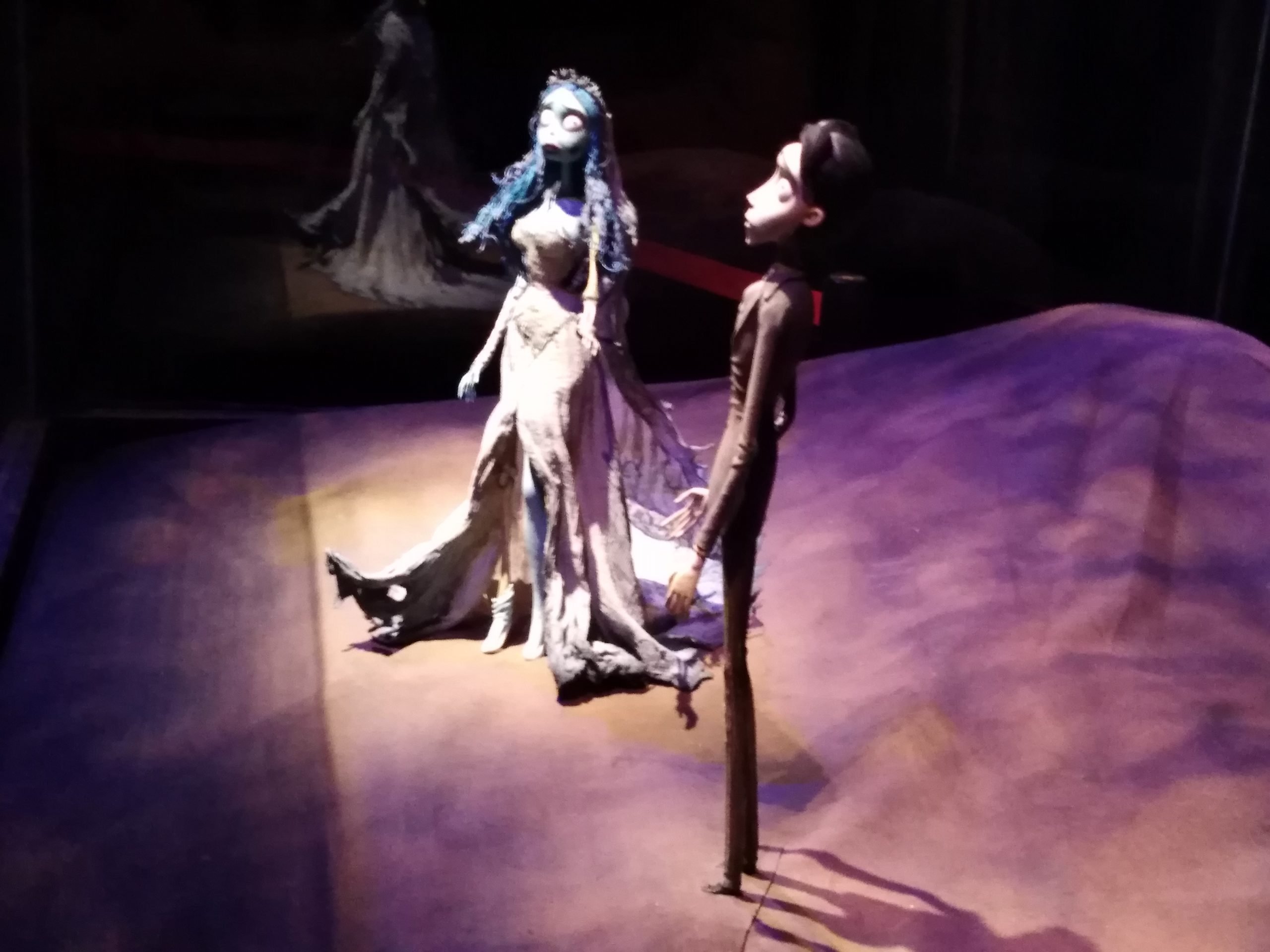 The show is but a mere drop in the ocean of blood, sweat, and tears that Tim and his team put into making millions of children and adults around the world smile. But it does give you a better understanding of how each unique character journeys from paper to the screen, and how fun and tediously painstaking this somewhat dying art of storytelling is. 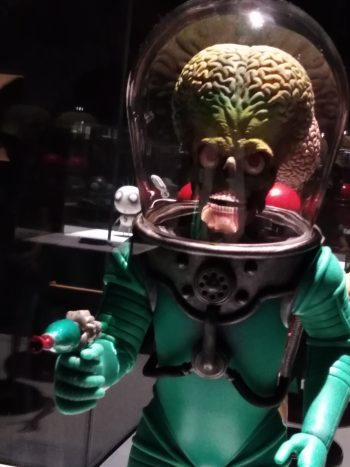 The puppets here, like The Humpty Dumpty Circus, are also the result of an Anglo-American collaboration — that of Burton and British puppet studio Mackinnon & Saunders. The director first worked with them in 1995 on Mars Attacks! (two years after his Nightmare Before Christmas) and the friendship blossomed from there.

Lisbon’s puppet museum is not the MOMA, which is a good thing. That said, the art on display may well just be leftovers from bigger shows elsewhere. Corporate Disney and Warner Brothers copyright stamps replace the artist’s signature in the bottom right corner of every print displayed. And, unfortunately (spoiler alert), Jack Skellington is nowhere to be found.

But you do get to see what a little green man looks like naked. And, overall, the exhibit leaves one with a sense of admiration and wonder, fan of Burton or not. It’s a morbid little life-affirming treat for visitors of all ages.

The show costs 2€ but is free for your littluns 5yo and under.
It’s up until April 19th.