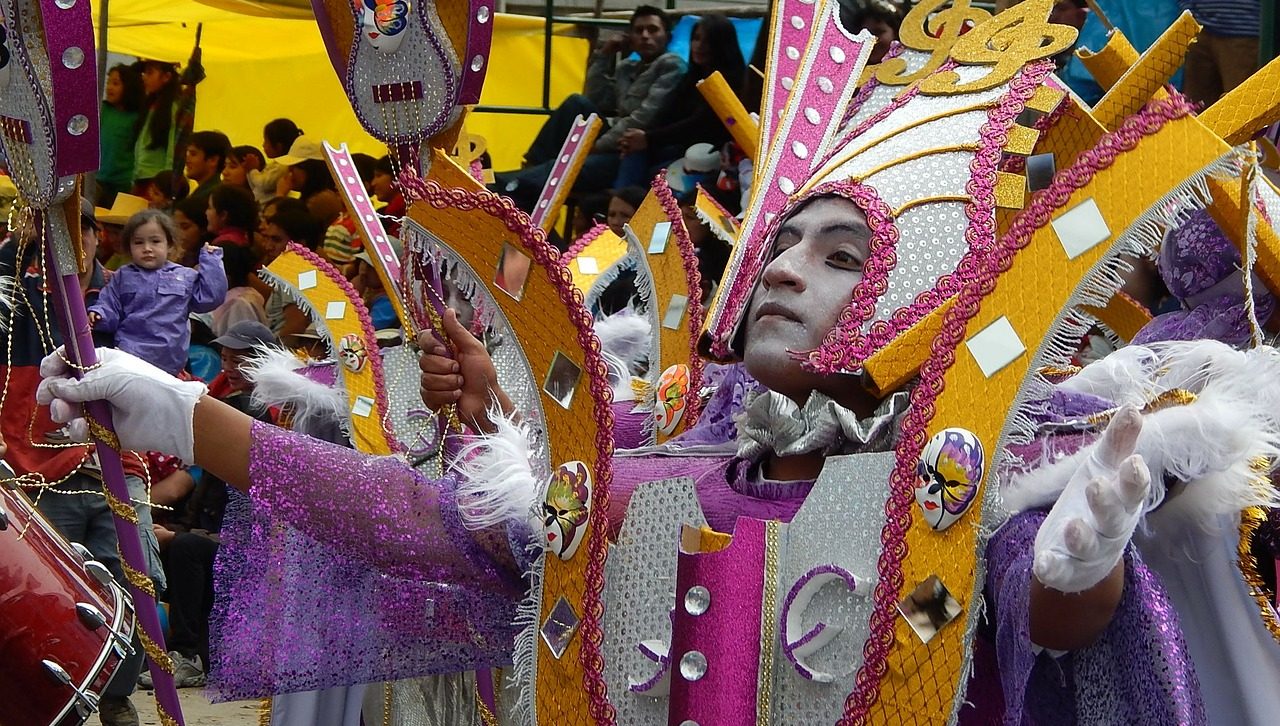 This year, Lisbon is filled with themed parties to celebrate Carnaval, the Portuguese version of Mardi Gras, so you concentrate on finding a costume, and we'll lead you to the best places to wear it.

Traditional Portuguese Carnaval is most famously spent with the caretos in Trás-os-Montes or on the streets of Torres Vedras, but sometimes a ride out of town is tough to arrange, or you’d rather keep it local and party right here in Lisbon. Luckily, there are plenty of people throwing themed parties to celebrate the Portuguese version of Mardi Gras, so you concentrate on finding a costume, and we’ll lead you to the best places to wear it. 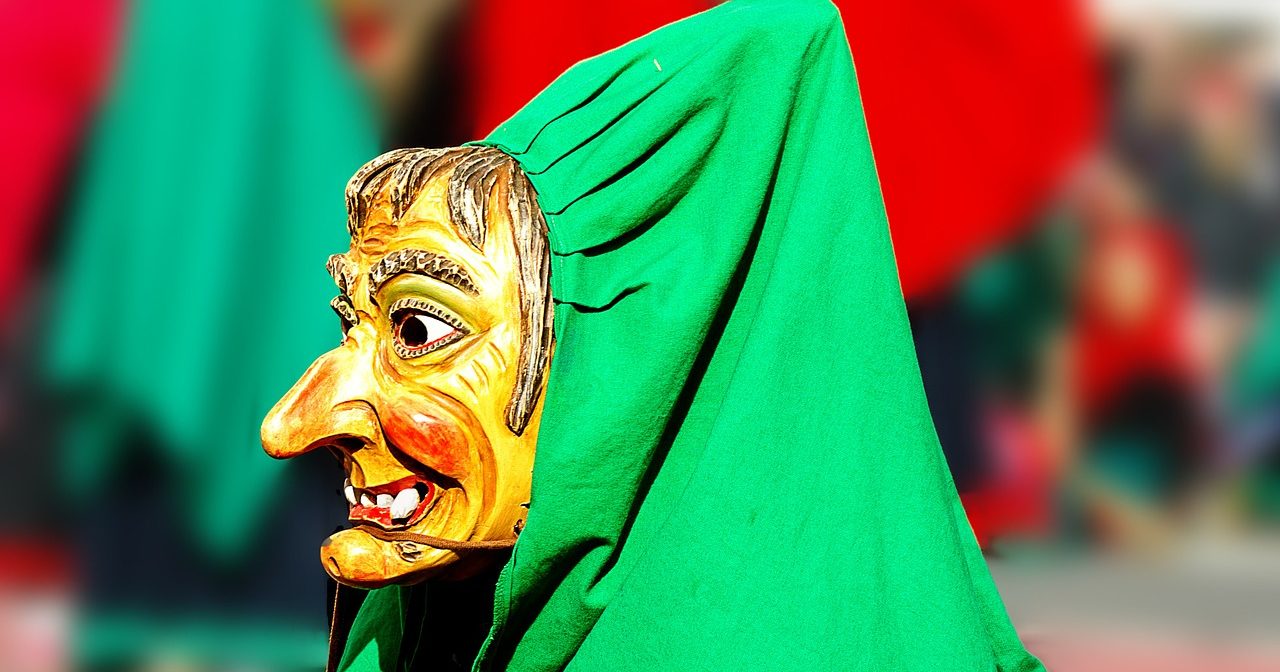 13h Join the Soloists of the Metropolitan as they kick off the long Carnaval weekend with their free show, “A Carnaval of Animals” at the Cãmara Municipal de Lisboa. Ligeti’s “Six Bagatelles,” Berio’s “Opus Number Zoo,” and Saint-Saëns’ ”The Carnaval of the Animals” will be performed on flute, oboe, clarinet, bassoon, and French horn.

23h A Brazilian-themed Carnaval party by I Love Baile Funk & FOX is brewing, and the location is a secret. The event will run until 6h and cost you 15€ to enter with an advance ticket. Is the secret location going to ensure this party is top-notch? No. Will you need to wear a costume? We don’t know. It’s a toss-up, but we have faith that these guys won’t disappoint, so don’t disappoint us by wearing your favorite jeans and T-shirt.

15h The kid-centric Festa de Carnaval at the Museum das Crianças is hosting a fabulous party alongside its interactive exhibition, “My Adventure of the History of Portugal,” replete with games and events, a masked parade, and colorful snacks. It’s the ideal spot for kids aged three to 13 to get their feet wet in the spirit of Carnaval. Prior registration is required at direcao.museudascriancas@gmail.com, and the price to enter is 8,50€.

23h Indie Nights at the Metropolis Club is amping and vamping it up for their Masquerade Rock Ball with live music by Like Father Like Son and Mr. Mikk. Just 6€ will gain you entrance and a cocktail (or two beers), and you’ll likely be given special treatment if you show up incognito. Think Kiss or David Bowie and you’ll have hit the mark.

12h Start your day with Bué Tolo as they play a lot of samba, marchinha, funk, and more for the masses at the Ribeira Das Naus Kiosk, near Cais do Sodré. Bring your fancy costume, a pocket-full of confetti, and your best samba shimmy. These guys have been working toward this party for over a year with Fabio Allman, a former singer of Monobloco. They’ve perfected their Brazilian percussion, and now they’ll share it with you and the kids for free.

16h Follow the three-hour Baque do Tejo procession of instruments, dancers, and masked rabble-rousers from Largo da Rosa, along Rua do Bemformoso, until Rua dos Anjos 8 where the party will continue into the wee hours. Bring the kids, some good vibes, a mask at the very least, and get ready to celebrate Carnaval Sunday with a Brazilian flare.

20h For 10€, you can attend the weekly Viva o Samba event at Titanic Sur Mer, but be warned, this is Carnaval and they take these things pretty seriously. There’s no information yet as to what will happen to you if you don’t wear a costume, so don’t leave it up to chance. Gear up, or get out.

18h Feel like getting outta Lisbon and going to celebrate Carnaval in Torres Vedras? Would you rather spend your night watching effigies of (un)popular political figures tower in balloon form over hoards of cross-dressed men and scantily clad women? Sounds good to us too. Join the carnival trip hosted by Erasmus Life or the Erasmus Student Network and get a ride in and out of the madness. Want to do it on your own? Here’s a guide to the city’s celebrations.

19h The Baroque Dance in the Palacio Pimenta is back with their third annual Carnaval party in this 18th-century summer palace in Campo Grande. The party includes live music and baroque dances, staged presentations, and a DJ to round out the evening. Come party in the “Pátio das Tílias” (a fancy way of saying a tent) and throughout several rooms in the Museum with the Opus 28 Quartet, DJ Sara Ribeiro, and a lot of people wearing powdered wigs and god knows what else. Costumes are recommended, but they aren’t mandatory. It’s 5€ to enter and a 50% discount for seniors, the unemployed, and students. Reservations are required (servicoeducativo@museudelisboa.pt) and can be made until an hour before the doors open.

22h If you’re wearing a costume, it will only cost you 3€ to celebrate Carnaval at ZDB in Bairro Alto— or you could go as yourself and pay 5€. Regardless, you’ll have access to the Baque do Tejo Recife Carnaval Party that features a few floors of different party rooms, from the Escravos party featuring Snake Radical and Novo Major to the Ferve o Disco party with Maria Reis and DJ PROBLEMAS, among others.

22h30 The energy of Ferro Gaita will run amok at B.leza on the night of Carnaval. This show will mark the band’s return to Portugal after an extensive tour, and it promises to be an explosive Cape Verdian-style carnival night. The party will last all night with a DJ set by Mar & Sol Sound System to bring it home. Tickets are a bit steep at 20€, but it’s sure to be worth it in the end.

23h The Lindy-hopping Charleston-tapping guys and dolls of Swing Station are hosting a Masquerade Ball at Fabrica Braço de Prata in Marvila that will go ’til 4h in the morning. There will be a costume contest as well as live music by the band Stomping at Six, so gather your duds, your date, and your 7,50€ entrance fee and get ready to shimmy your sequins off. 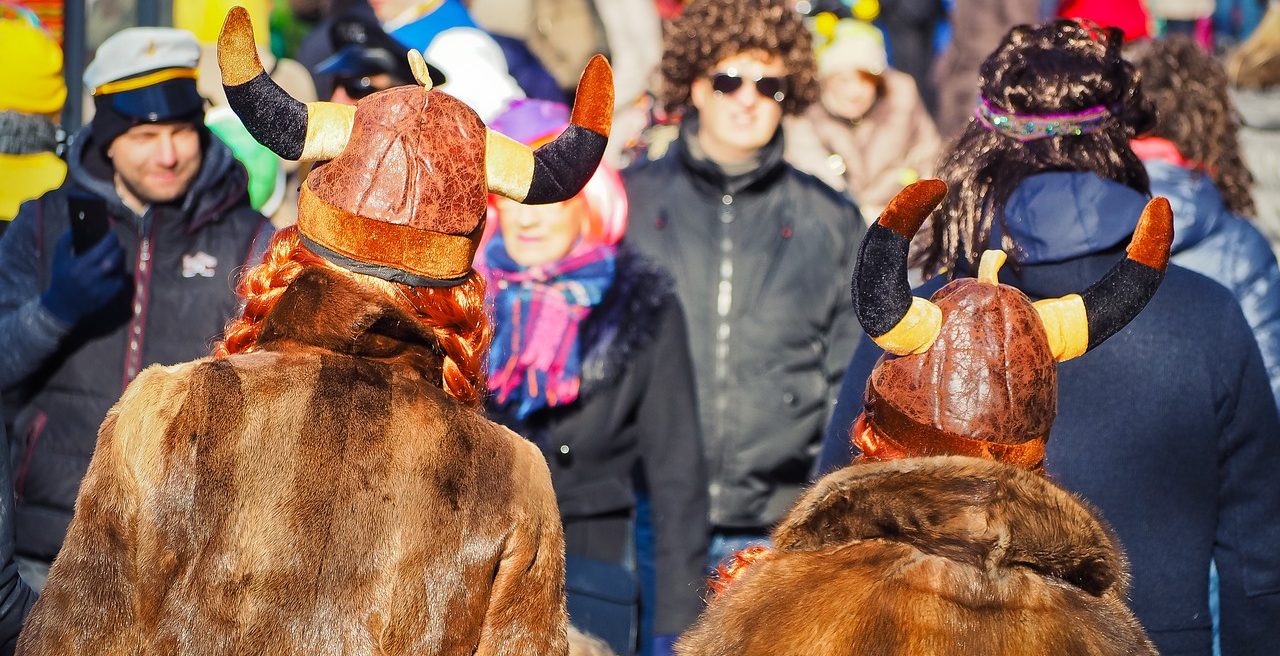 17h Three DJs will bring Carnaval to the masked masses with hip hop, R&B, pop, trap, and more at the Carnaval MilkyWay party at Anjos70. See DJs Jo, Pato, and Xando spin their favorite tunes that promise to get you shaking your tail feathers ’til midnight.

21h Bring Carnaval to a close with an open mic night and a good brew. Join your buddies (with whatever costume you’ve got left) at Crafty Corner dedicated to offering musicians the opportunity to suss out who needs the most practice. Those who dare get a free beer, wine, or soft drink.