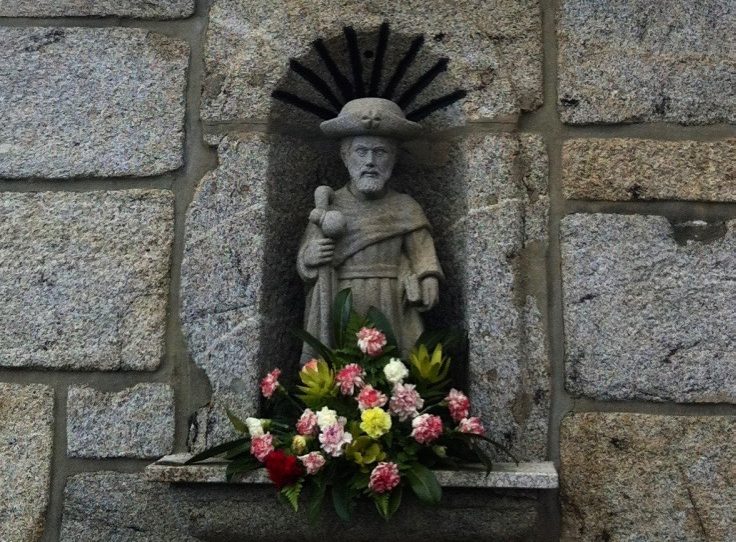 Pilgrimage for One, Please: What it’s Like to Walk the Camino Alone

Let’s be honest: the walk itself is the heart of the experience. While many people pass the time by linking up with others and talking as they go, I decided early on to be an anti-social pilgrim.

The Camino de Santiago means many things to different people. Some do it because they think it’ll be fun, and others do it because they know it won’t be. There are people walking this path to work through grief, to overcome obstacles, to get inspired, or just get away.

Many pilgrims come as couples or in groups of friends. Those who don’t tend to form friendships along the way, and create little communities that congregate at cafés, albergues (pilgrim bunks), and hostels. For these people, the Camino is about connection with others—but for me, it was about connection with myself. 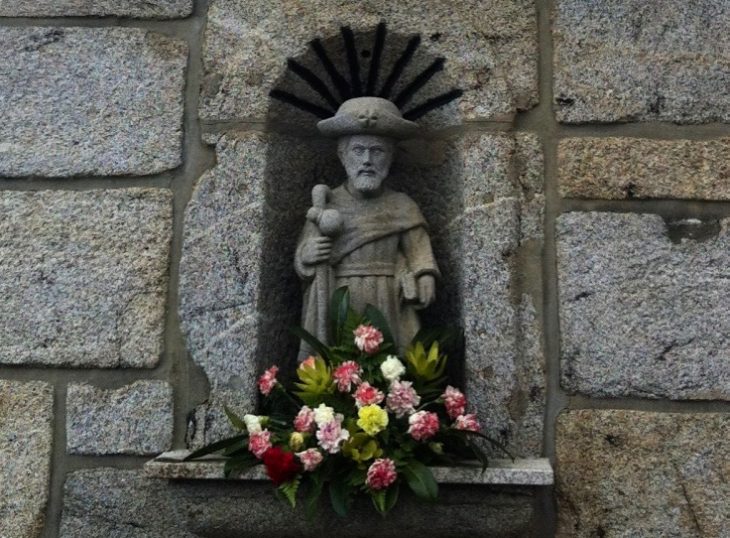 I chose to walk the Camino Portugués alone for several reasons. It’s been a goal of mine ever since I found out it existed, and I always knew that it would be a solo venture. Above all, it was a challenge to myself: what am I capable of? How far can I go? And if I’m alone for hours on end, with no one and nothing to distract me, what exactly will I find?

I’ll tell you what I found: lots of churches and chinches. Shin splints and sandwiches. See-through sheets and seashells. And several other things that aren’t as alliterative. But more importantly, here’s what I found out: I am capable of much more than I ever imagined, and I will go as far as necessary to arrive where I want to be. This is the story of how I got there.

The logistics of walking the Camino alone

I’m no stranger to solo trips. In fact, it’s my favorite way to travel. There’s nothing I love more than packing my bags, hopping on a plane, and exploring a new destination on my own. But I knew that a solo Camino would mean a whole new level of solitude—and responsibility.

First, I did a ton of research to decide what to bring. Determined to pack as light as possible (and not have to throw anything out), I narrowed down my list to just the bare necessities, and only invested in what I really needed: good hiking shoes, a backpack, a sleeping bag liner, and first aid supplies. Packing for the Camino became the ultimate exercise in minimalism and self-sufficiency.

Once that was done, all that was left to do was start. For me, this meant catching a train to Porto, carb-loading with waffles and ice cream for dinner, and getting a terrible night of sleep thanks to all the nerves. In the morning, I headed to the cathedral, found my first yellow arrow, and started walking. It really was that simple.

At least it was until I realized I had made a mistake: I’d taken the inland path when I meant to stick to the coast. About an hour in, surrounded by ugly industrial buildings instead of the wide-open sea, I decided to change course. This meant adding an extra hour of walking to cut across the city to the coast. But that’s one advantage of walking the Camino alone—you can go wherever you want, at any pace, and take as many detours as you like. 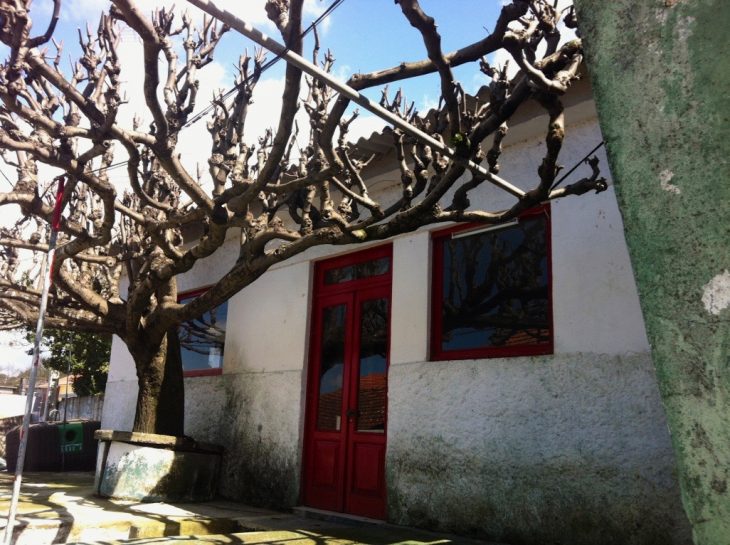 Finding accommodation and fueling up

Here’s the second advantage of a solo pilgrimage: it’s much easier to find a bed for one than enough space for a whole group. On my first night, I managed to snag one of the last spots at a donation-based municipal albergue. This was my first introduction to the Camino lifestyle: plastic sheets, cold showers, and total relief at the simple pleasure of having somewhere to sleep.

After my first six or so hours of walking, I was in serious need of sustenance. Choices were limited in this tiny town, with one mini-market and a couple of cafés. I picked up some snacks and debated what I should do for dinner… and then a fellow traveler offered to share some pasta. We ended up chatting and cooking together all evening, and I started to understand how even a solo pilgrim is never truly alone.

Throughout the rest of my journey, I almost always ate by myself: at seaside cafés, in hostel kitchens, on mountaintops and forest floors, and often while I was walking. But I also shared a few meals with fellow pilgrims—and their rarity only gave me a greater appreciation of the company. In general, though, I savored the experience of eating alone, focusing on the food, and ate more bocadillos and croissants than one person should ever need.

It’s all about the walking

It’s true that a great part of the Camino experience takes place in the afternoons and evenings, once you’ve reached your destination each day. But let’s be honest: the walk itself is the heart of the experience. While many people pass the time by linking up with others and talking as they go, I decided early on to be an anti-social pilgrim.

This meant that every day, I started and finished my journey alone. I kept my phone on airplane mode (except when I needed the help of Google Maps) and only used it for music now and then. So what did I do for all those hours on the road? I listened to my own thoughts.

In short, I processed all the things that I don’t usually have time for. Day-to-day life is full of distractions: work, friends, relationships, social media, errands, responsibilities and—if you’re anything like me—constant worrying. There was something immensely liberating about leaving all that behind.

With nothing to do every day but walk, and no one to deal with but myself, I found the kind of silence and clarity that’s hard to come by under normal circumstances.

It may sound dramatic, but it’s true—and you don’t know misery until you’ve walked all day in the rain, with aching shoulders and swollen feet, only to realize you still have several kilometers to go. There are many levels of suffering, and all things considered, the ones you’ll encounter on the Camino are pretty mild. But they’re also physical, visceral, and incredibly intense in a way that most people simply aren’t used to.

Try getting a bad night’s sleep under an itchy and questionably clean blanket, accompanied by an ever-present (and unfortunately rational) bed bug paranoia. Try getting lost at 6 a.m. in the middle of nowhere, looking desperately for a yellow arrow by the light of your phone. Try trudging through the hot sun for hours, until your back is hunched and your face is burned… and then waking up and doing it again. And try doing it alone, with no one to lean on—either figuratively or literally. 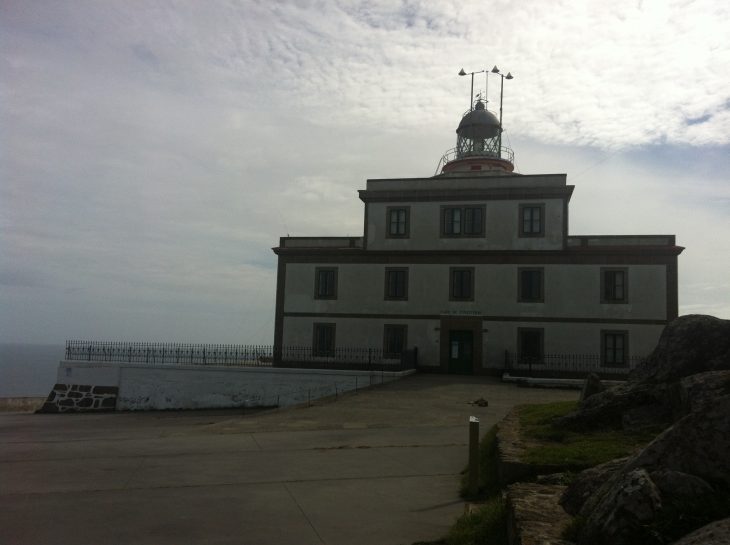 Getting lost (in the forest) to find yourself

For me, the hardest part of the whole Camino came on my last full day of walking. I reached a section of the trail between Santiago de Compostela and Finisterre that was 15 straight kilometers of nothing: no cafés, no albergues, no public toilets. “No problem,” I thought… and then it started raining. Like, horizontally raining.

There’s only so much that a plastic poncho can do in gale-force winds. Within an hour, I was totally soaked and chilled to the bone. I couldn’t feel my toes, I couldn’t see more than ten feet ahead of me, and there were still eight kilometers until the nearest town.

I soon reached the point where I normally would have asked for help, or simply stopped walking. But there was no one around for miles, and nowhere to go but forward. There, in the middle of the mountains, I had an epiphany: I was the only one to turn to, the only person that could get me out of this ridiculous situation. All I could do was keep walking, through the pain, the rain, the cold and the frustration. So that’s what I did.

This experience sums up what walking the Camino alone is all about: discovering that no matter what, you are your own greatest strength. Whatever the world throws at you, whether it’s a raging storm or something much less tangible, you can and will make it through—because you have to. All you can do is put one foot in front of the other.

For this 7km walking tour along the tram tracks of Sintra, meet at Palácio da Vila at 9h30, ticket in hand. You will hear the history of various sites as you pass through several farms, the village

From the organizers: Every Tuesday and Saturday at 10h30, Live History holds the Alfama Walking Tour — a tour accompanied by Crusaders and Moors… Cross the downtown of Lisbon, enter

From the organizers: Every Tuesday and Saturday at 10h30, Live History holds the Mouraria Walking Tour — a tour accompanied by Crusaders and Moors… Cross the downtown of Lisbon, enter Mouraria,

Meet at the statue of the dead guy on the horse, otherwise known as Dom José I, at the center of Praça do Comércio at 9h30 and prepare yourself to 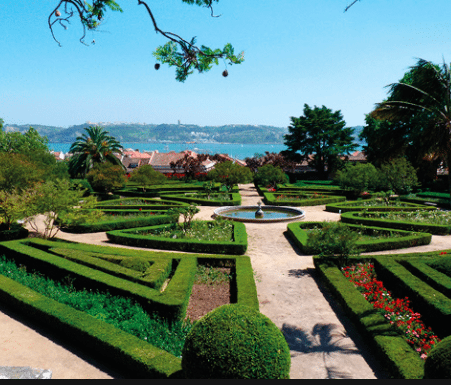 This place is huge enough to house a few rugby fields, an astronomical observatory, countless gardens, fountains, an institute of agronomy, and a lot of Portuguese history. Bring some ID, 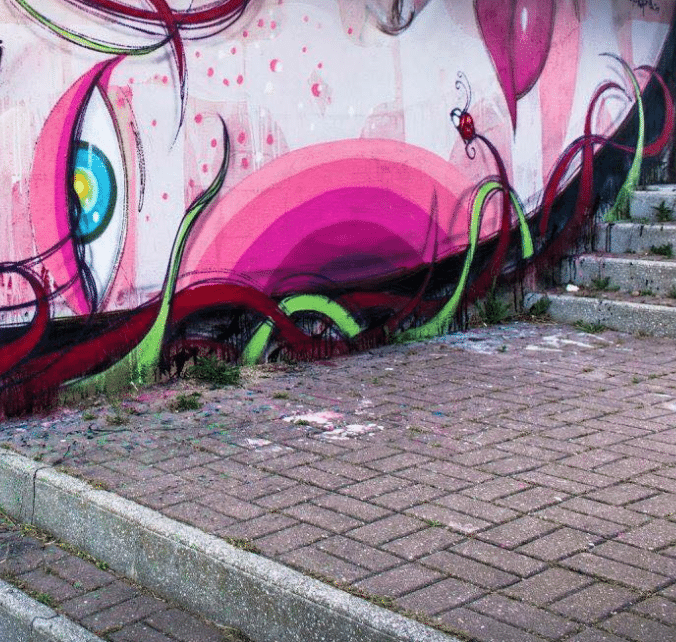 Calling all graffiti heads! The Art Department of the Urban Cultural Heritage Gallery in partnership with the Camara Municipal de Lisboa is taking schools, universities and other educational Institutions, non-Profit Institutions