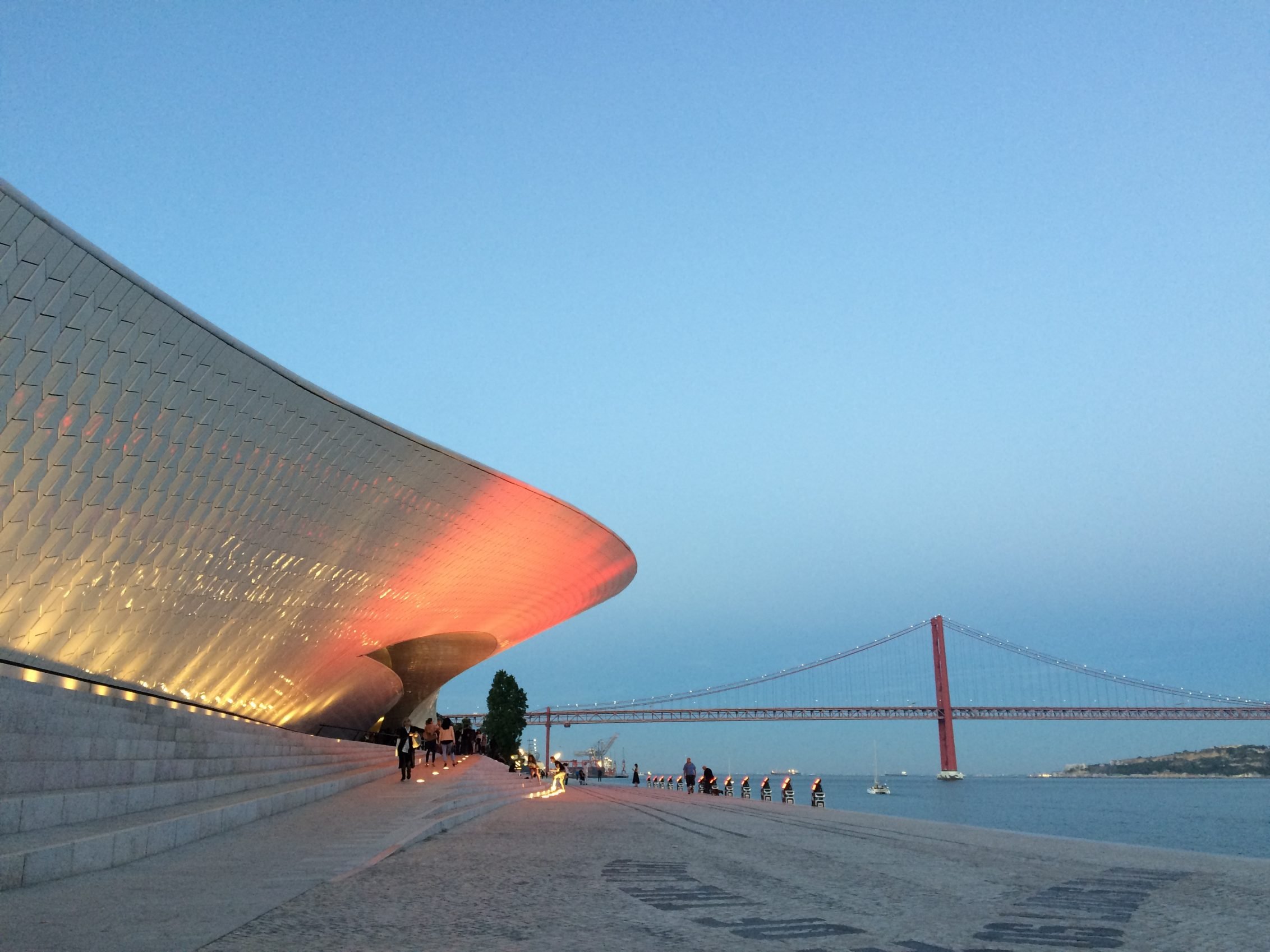 What’s on: A Review of MAAT’s Summer 2019 Collections

A review of the summer exhibitions at MAAT and Edp Central. What's on display, and are they worth visiting?

This week saw another slightly awkward but generally enjoyable opening at MAAT, this time marking not one but five new exhibitions — three in MAAT and two in the old EDP factory. What should you expect from the new season? Are there any must-sees or has MAAT fallen short?

The main MAAT exhibition space — the Oval Gallery — has been given over to a large-scale video installation by Jesper Just. By far the most structurally impressive exhibit that MAAT has hosted so far, it features walkways of scaffolding bypassing the main stairs, shooting you into the center of the large, open space. The looping videos that make up the installation are projected on the walls and sail-like sheets that hang throughout the space. On the opening night, the echoing of shoes on metal from the few people who walked the runways and the sparseness of the gallery itself mirrored the rather haunting nature of the videos, tying the piece together nicely. However, it is easy to see how this could quickly be turned on its head when the crowds roll in and the industrial walkways get congested with tour groups. 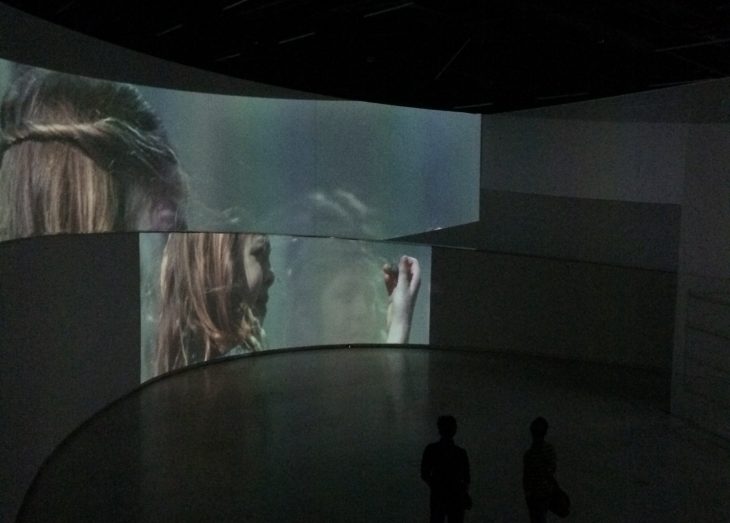 I imagine this is what it would have looked like if Lenin had invented pop art — and I say that as a compliment. This interactive exhibit includes large painted drapes, copyrighted cushions, and a printed newspaper that compliments the pieces. Based on the artist’s long study of protest banners, the exhibition is made up of symbols and graphics taken from the “political post-25 April 1974 narrative,” and the name of the installation, “Tomorrow there will be no Art,” is a cry for help against the challenges faced by the artistiwc community.

I call it “interactive” because people were lounging on the cushions while admiring the banners, which are composites of many images and hang like giant LSD blotters in the smaller MAAT side room. And you are able to take the paper with you as a sort of souvenir. The massive sails of color stand in stark relief to the transparent sheets of the Oval Gallery, and walking from the rather grey main exhibit into this one is like a slap to the face. 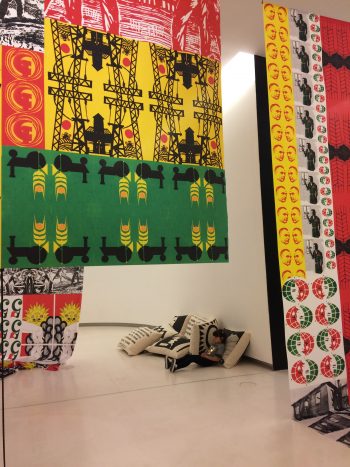 If you head over to EDP Central, the new main exhibit is a compilation of the winners of the EDP new artists competition. The variety of pieces are slightly disjointed, sometimes don’t work, but certainly show how the gallery is supporting artists in their upward struggle to a career in the arts (see Amanhã Não Há Arte). However, it is clear that they are “emerging” artists, with the difference in quality clear when comparing the triptych photos in the Prémio Novos Artistas Fundação EDP to those in the “Fiction And Fabrication. Photography Of Architecture After The Digital Turn” exhibition in MAAT, which began in March, but is very much worth checking out.

This seems like the kind of exhibit that should be supported for what it represents, rather than what it is displaying.

This installation is in the Boiler Hall, which in and of itself is a spectacle. The piece’s most striking element is a row of modernized bells hanging from the ceiling, and the choice to place an auditory piece in this gallery is a fantastic one. By far the most abstract of the new exhibits, this would be a far less impressive display if not for its surroundings. That said, it makes the stroll through the dimly-lit hall very enjoyable and adds another dimension to the museum.

So, should you go to MAAT? Yes, absolutely. This is one of the rare times when all the galleries are open, and they pretty much all have something interesting to see. You can get combined tickets for EDP Central and MAAT, but if you only want to go to one, choose the latter.