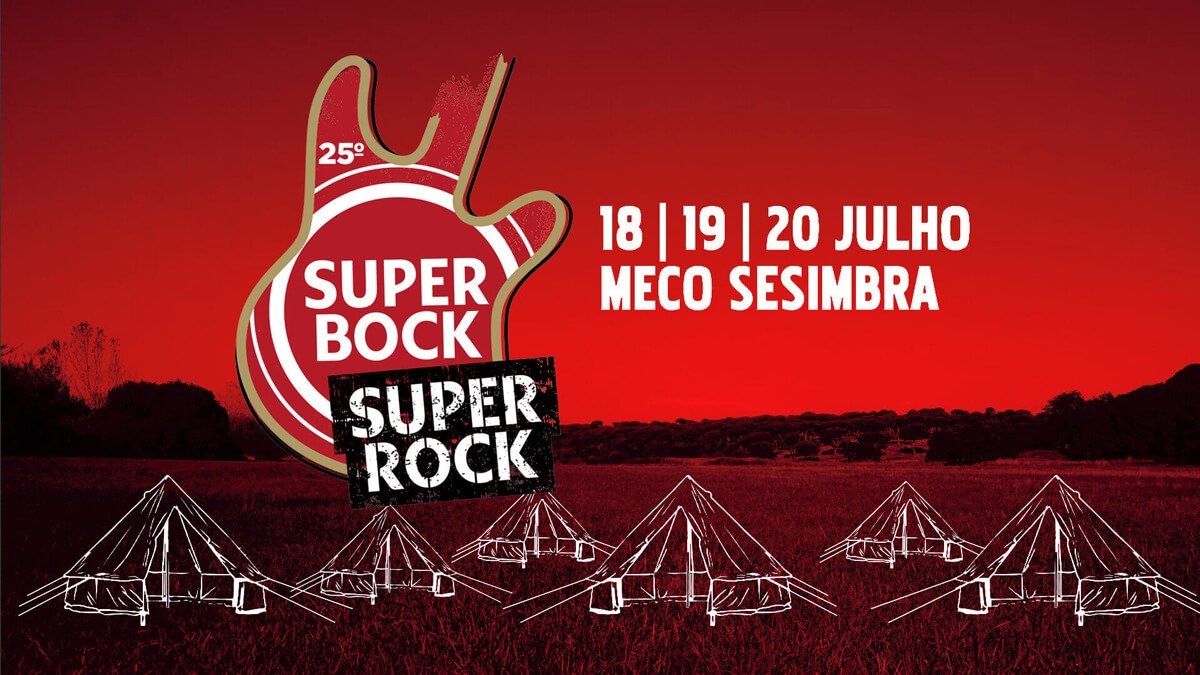 SBSR is coming to town and we've got the must-see list to go along with it.

The 25th edition of one of Portugal’s favorite festivals returns to the beach.

Super Bock Super Rock is celebrating its 25th anniversary this year, and it’s one of the more anticipated festivals of the summer. SBSR typically pulls in big headliners, resisting the urge to stuff the roster with lesser-known acts, and this year is no different. Lana Del Rey, Phoenix, and Migos will headline, accompanied The 1975, Janelle Monae, Metronomy, and about forty of their peers in rock, electronic, jazz, and hip-hop. Notably, the lineup is overwhelmingly male-dominated, leaving space for only a handful of female or female-fronted acts, but there are still many artists worth your time. We’ve hand-picked a few of our favorites to help you get the most out of the weekend.

Tickets for the festival, which is being held in Meco, Sesimbra (camping is recommended!), are available here.

Roosevelt
Roosevelt came up as a DJ in the world of dance music in Germany, however, his evolved style of late is more accurately defined as “techno-meets-indie-rock.” Roosevelt’s songs are bubbly and fun, in the vein of Miami Horror, so if you’re into sweaty-dancing on a summer night, this one’s for you.

Dino d’Santiago
If you’ve somehow managed not to see Dino d’Santiago live yet this year, take the opportunity to get familiar with the reigning king of Afro-Portuguese music before he takes over the world. Dino’s last album reimagined traditional African rhythms like funaná and batuku to create powerful, soulful, danceable vibes that even Madonna had to cop, and his performances are immersive, heartfelt, and impactful.

Jungle
Jungle’s been around for a minute, but their contagious sound somehow feels timeless — and this London-born, LA-based modern soul band knows how to put on a show. It’s psychedelic, it’s funky, it’s neo-soul that makes you wanna move.

Branko
If you don’t know Branko, the Afro-electronic producer, DJ, Enchufada label founder and unofficial mascot of Lisbon, you’re missing out. Branko is a pioneer in blending global sounds to make utterly danceable club tracks that span electronic, house, afrobeat and hip-hop, and he continues to put Lisbon’s diversity and creativity on the map through his music. Heads up: he’s also BFF with Dino d’Santiago, so you might even be treated to a collaborative performance.

Conan Osiris
Conan Osiris was this year’s Portuguese representative on the Eurovision stage, and though he didn’t win, he demonstrated to the world how unique his art is. Osiris blends fado, gypsy rhythms, hip-hop, and much more to create strange, intriguing music with beats that feel very of-the-moment, and his stage performances are elaborate, to say the least. If you want to see something truly original, don’t miss this.

Metronomy
OMG, remember Metronomy? The English electro-pop band has made waves throughout the last two decades, so while they’re obviously not fresh on the scene, they definitely know how to throw a party.

FKJ
You probably know FKJ from his spectacular jam session with Masego (who is also part of this year’s SBSR lineup) that resulted in Tadow. The French multi-instrumentalist, singer, and producer builds contagious, groovy, jazzy beats, flipping between keyboard, guitar, bass, synth, and even saxophone for an incredibly dynamic, sophisticated sound that extends far beyond the typical electronic experience. He also recently chopped his white-guy dreads, so his whole vibe is a lot more palatable than before.

Here’s a taste of FKJ, broadcasting live from up in the clouds.

Kaytranada
Kaytranada is a perennial festival closing act, and for good reason. The Hatian-Canadian hip-hop producer has held steady as one of the most relevant creators and collaborators (he’s linked with Anderson.Paak, Goldlink and many more) of the last few years. Expect a cutting-edge blend of hip-hop, r&b and neo-soul beats, and an epic dance party under the stars.

Charlotte Gainsbourg
You may know Charlotte as an actress who appeared in multiple eclectic films in the 90s. Or perhaps you know her father, French singer-songwriter Serge Gainsbourg, who wrote her debut album, recorded when she was only 13. If you don’t know her at all, meet the provocative veteran dream-pop artist who firmly believes that “art shouldn’t be censored.” Let’s find out how she chooses to express herself this time.

Capitão Fausto
A mainstay of the Portuguese rock scene for the last decade, the boys of Capitão Fausto are modern-day legends. The Lisbon-born band is often compared to Tame Impala, inhabiting a space between psych-pop and indie rock, and their climb to notoriety has been accompanied by an evolution of sound that makes each performance different from the last.

Christine and the Queens
Queer French artist Hélöise Letissier, otherwise known as Christine and the Queens, is a singer, songwriter, and dancer who blends synthy, atmospheric electro-pop with ’80s-style choreography reflective of early Michael Jackson. Her music explores gender stereotypes, relationships, and vulnerable truths, among other things, and her performance will stay with you.

Migos
The mere idea of prolific trap trio Migos performing in Portugal is enough to cause a stir. It’s rare that American hip-hop artists of such commercial fame and cultural cachet make their way to our little slice of coastal heaven, but Takeoff, Quavo, and Offset are rolling through with their extensive arsenal of high-energy, southern-style rap bangers. Prepare to turn all the way up.

Disclosure
You can’t talk about electronic music over the last decade without talking about Disclosure. The English duo — brothers, in fact — are responsible for massively popular dance hits that blend house, synth-pop and associated genres, as well as incorporate elements like funk and dubstep to form impossibly catchy rhythms. If you’re not passionate about electronic music but have the interest to dabble, a Disclosure DJ set might be just what you’re looking for.

Superorganism
Superorganism is a group best categorized as quirky indie-pop. The London-based band is fronted by 19-year-old vocalist Orono Noguchi, and their sound is aptly youthful and a little weird: they’ve been known to use things like buckets of water and Coke cans as instruments. Still, they’re having fun up there, and you will too.

Masego
The Trap House Jazz connoisseur and his saxophone are returning to Portugal to bless the stage with silky-smooth vocals, seductive beats, and infectious vibes that will make you bounce. Masego’s distinctive brand of experimental trap-jazz comes to life in his energetic performances, and his charming personality makes his connection with the audience that much stronger.

Honestly, if you have the time, I’d watch this whole thing. Or, just go to the show.

Janelle Monáe
Janelle is *the only solo female in the lineup* on Saturday (are you kidding me?), but what a woman she is! The singer, songwriter, producer, and rapper is here to grace us with her unique, retro-futuristic pop sound, effervescent energy, elaborate costumes, and black girl magic, so prepare to be dazzled.