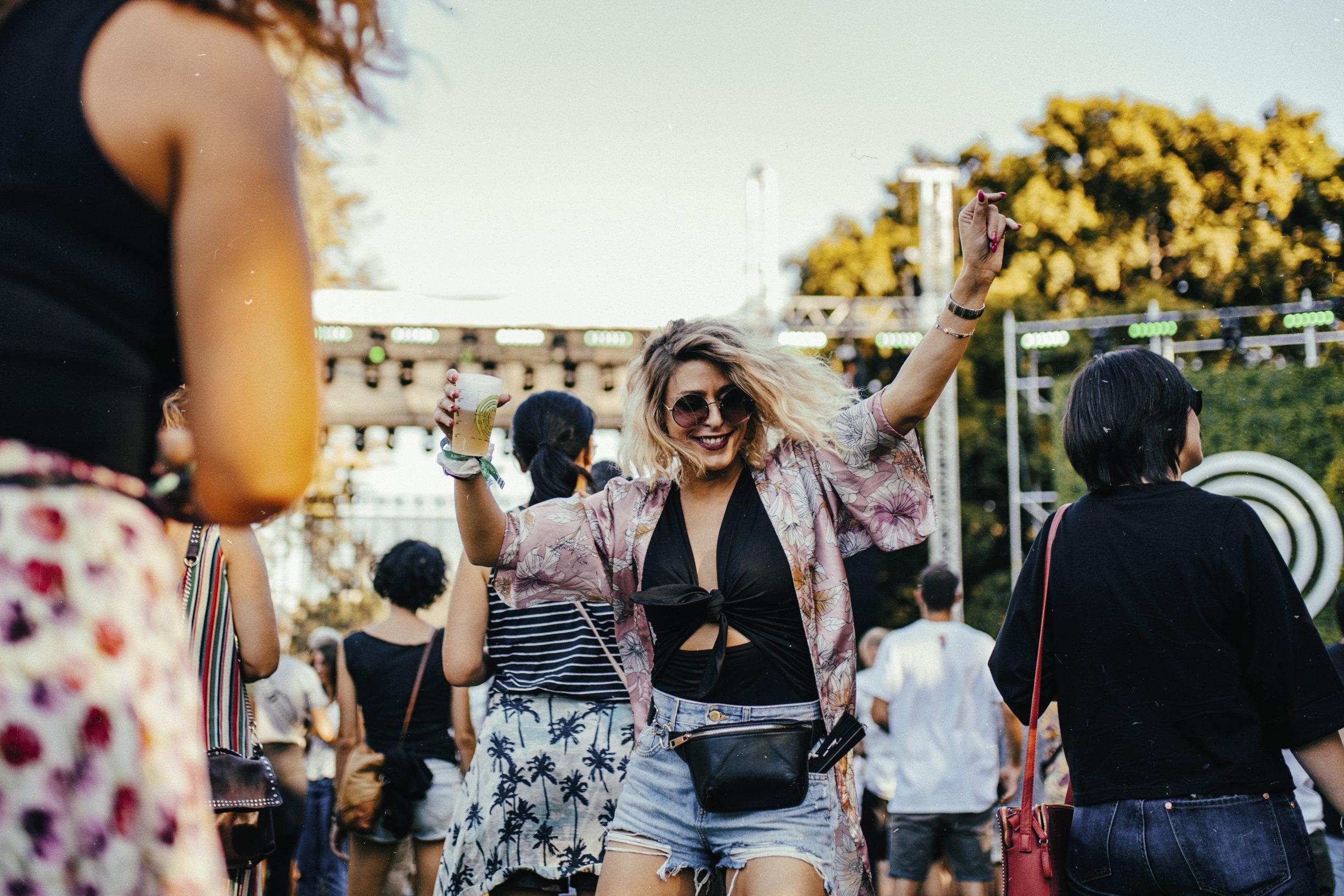 The venue, the amenities, the crowd, and the vibe all add up to a perfect late-summer weekend in Parque Eduardo VII.

Here’s a secret: when I initially reviewed the lineup for Lisb-on, I didn’t recognize a single artist on the bill. As a mostly-hip-hop girl, I’m only just beginning to explore the vast world of electronic music, but as a party person, I’m up for almost any scene — so I grabbed a few friends and embarked on an immersive weekend in Parque Eduardo VII. Here’s why you should be there next year, even if electronic music isn’t totally your thing.

The foundational but oft-taken-for-granted element of every music experience is the venue, and in Lisb-on’s case, it was ideal. Not only is Parque Eduardo VII easily accessible from wherever you are in the city, but the festival also did a tremendous job of optimizing a small area of the expansive park — despite hovering dangerously close to the sightseeing frenzy of Marquês de Pombal. There were three stages spread across the grounds, close enough to jump from one to another but separate enough to make each feel like it’s own distinct dance party.

Like any festival, the main stage housed the guaranteed crowd-pleasers, and please they did. Moodymann, a Detroit-based producer and legendary creative force in the industry, set the tone for the weekend with a phenomenal set early Friday evening, opening with a Led Zeppelin sample and continuing to mix and match unexpected gems and genres for the next two hours.

Not every headliner keeps it so interesting, though, and the key to Lisb-on — as is the key to almost every festival — was the side stages. Carlsberg’s Hillside Stage kept it funky, hosting DJs that blended more danceable rhythms that were heavy on funk, soul, and disco. Local favorites Trol2000, Funkamente, and Amor Records joined energetic up-and-comers as well as a few mainstays throughout the weekend, and I found myself spending more time there than anywhere else. The Treehouse Stage, the smallest of the three and true to its namesake, enveloped its guests in a shimmering cocoon, housing lesser-known DJs that seemed to make magic beneath the woven branches.

Aside from the performances themselves, there were some decent amenities to sweeten the deal, including a broad selection of food trucks to satiate the munchies, a small misting area to keep you alive beneath the summer sun, and even a few conveniently-placed tobacco stands, where I learned about Fred, that were the only brand for sale. I also have to mention the impeccable style of both the artists and festival-goers — 15,000 outfits and certainly the best-dressed partiers I’ve seen in a minute.

By Sunday, we were exhausted, to say the least, but our party fatigue made way for an entirely different, wholly-rewarding experience. We arrived just as the doors opened at 14h, famished and hungover with a picnic blanket in tow, and made a beeline for the array of food trucks we’d previously ignored. Over the next five hours, we worked our way through wood-fired pizzas, hand-crafted burgers, Argentinian empanadas, melty gelato, and at least four joints, all enjoyed from a vantage point in the grass, on a hillside, where we could hear the sounds from two stages echoing among the trees. Could you design a better Sunday afternoon? No, you could not.

For three long days and nights, it was as though we weren’t in the city anymore; we were in a secret pocket of the world, shielded by trees and backlit by disco balls, a place where we could dance together forever. Of course, in a place where the beers cost 5€ — looking at you, Carlsberg — you can’t dance forever… but what a great fucking time we had trying.

Lisb-On, I love you, and I will be back!